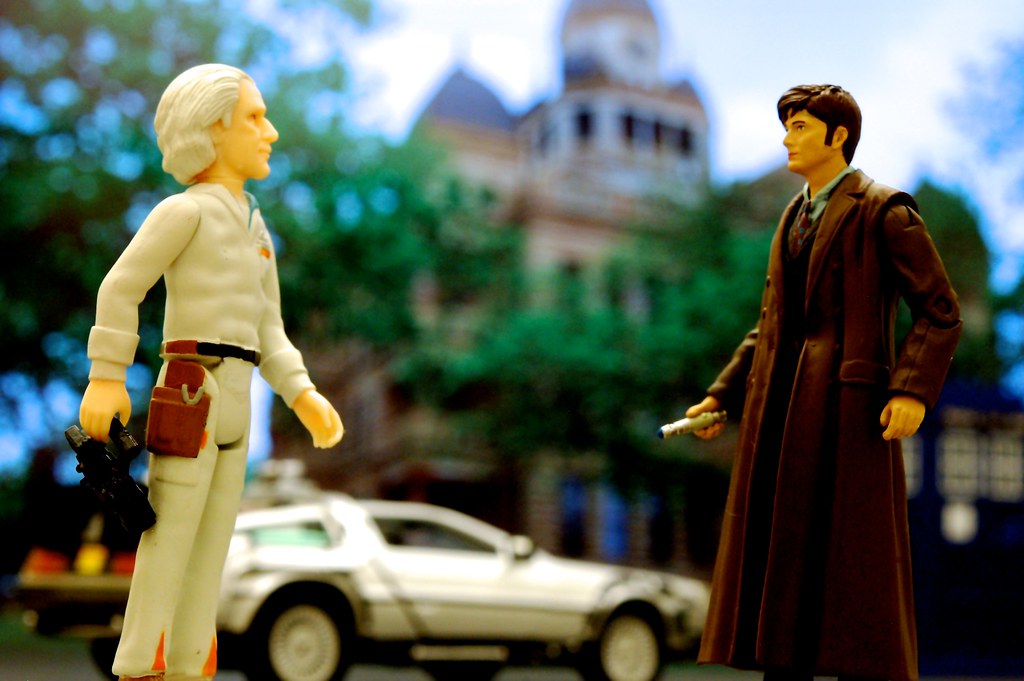 Doc To The Doctor

It’s a Back to the Future and Doctor Who crossover: Doc Brown meets the Doctor, a time traveling pair o’ docs.

You might think our heroes are meeting in Hill Valley, California, but they are actually standing in front of the Denton County Courthouse in my hometown of Denton, Texas.

Thanks to my friend Ed Steele for giving me the DeLorean in this photo.

A long time ago I wondered how effective a television would work as a backdrop. This week I finally got around to testing it.

The backdrop is a spare television set. The image is a photo of the Denton County Courthouse that I took while visiting my old hometown in 2009, and it is projected from my laptop to the spare television via an Apple TV. It took me a couple of hours of fiddling with the settings on the television (tint, color, contrast, white balance, etc.) before I got it right. 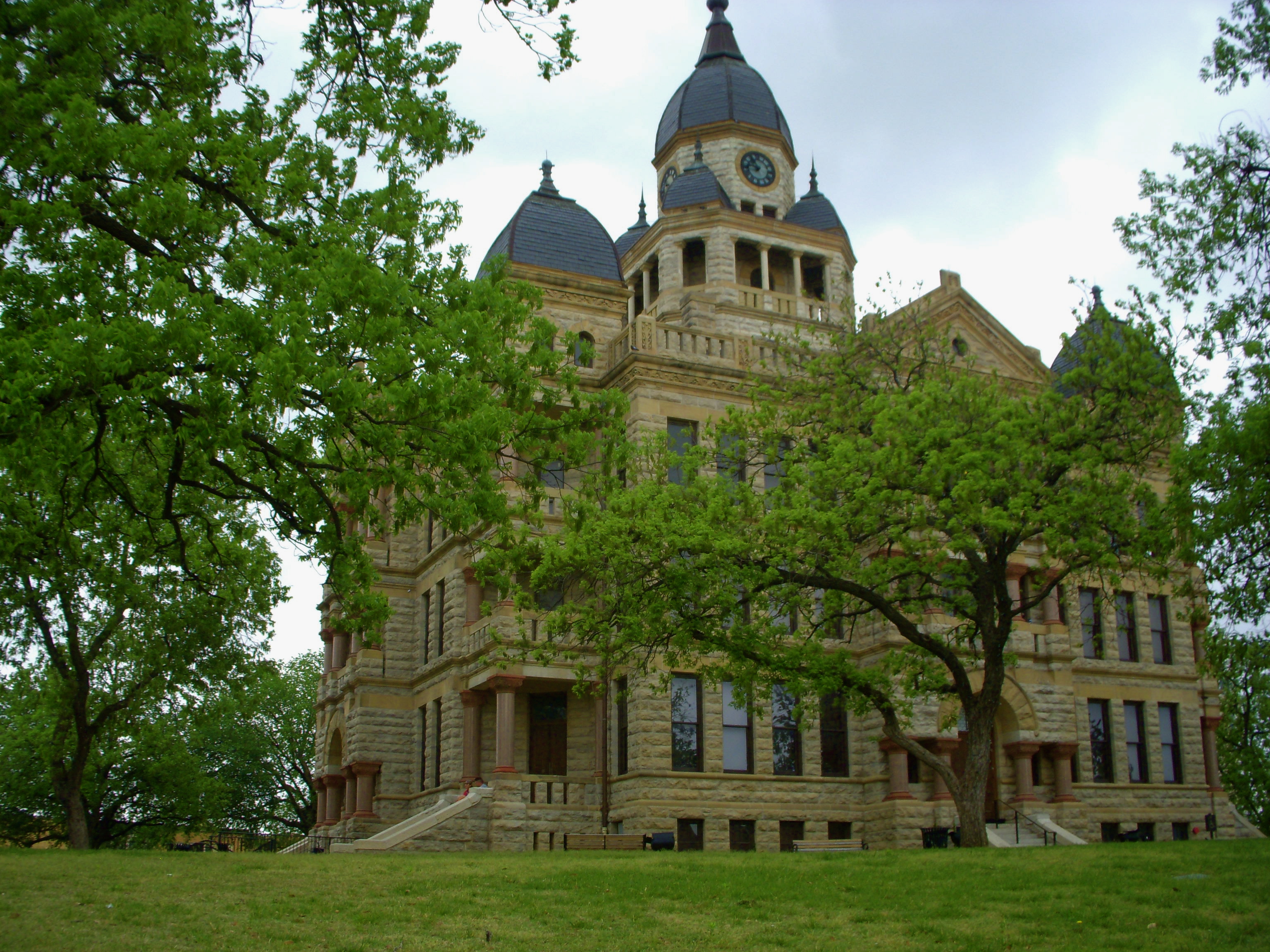 The time machines are resting on a sheet of black poster board lying on an elevated shelf. The figures are standing on clear plastic cups. 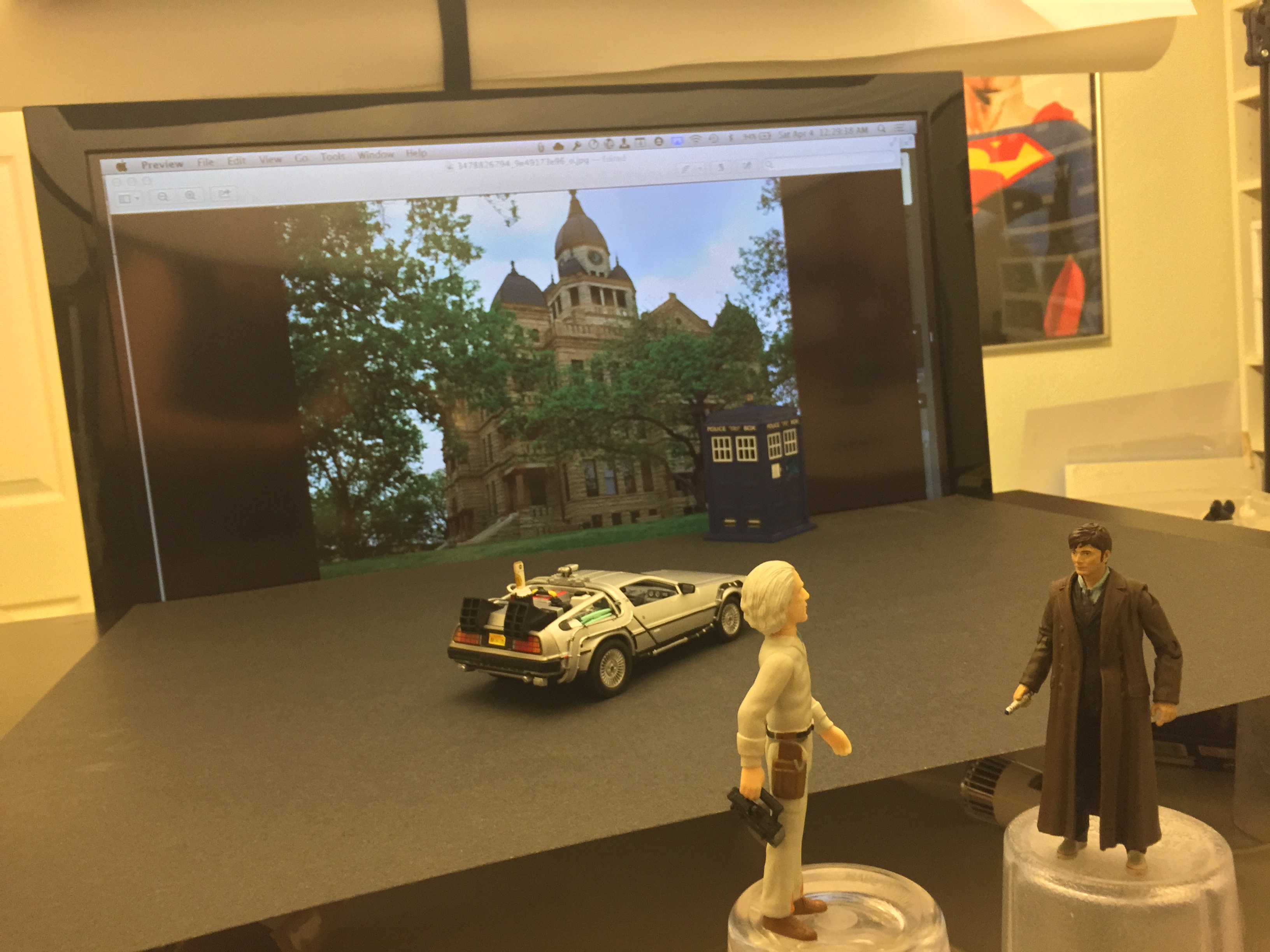 Over the scene a large circular diffuser softs the ambient light in the room.

When I was initially testing the television I went through several different scenes with the DeLorean, including one with Marty McFly. I eventually decided I liked the idea of Doc and the Doctor meeting. 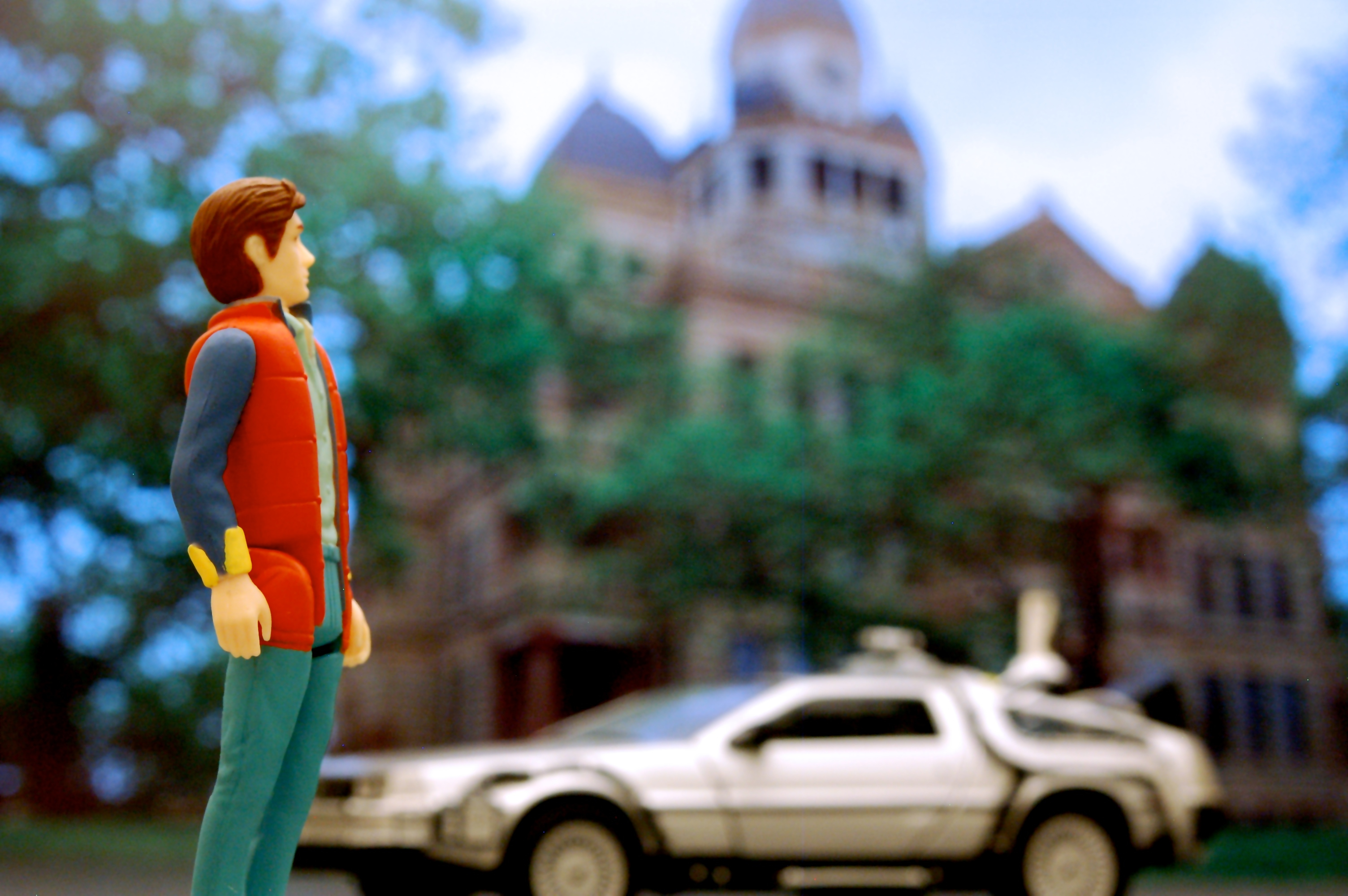 Doc To The Doctor by JD Hancock is licensed under a Creative Commons Attribution 3.0 Unported License. Permissions beyond the scope of this license may be available.