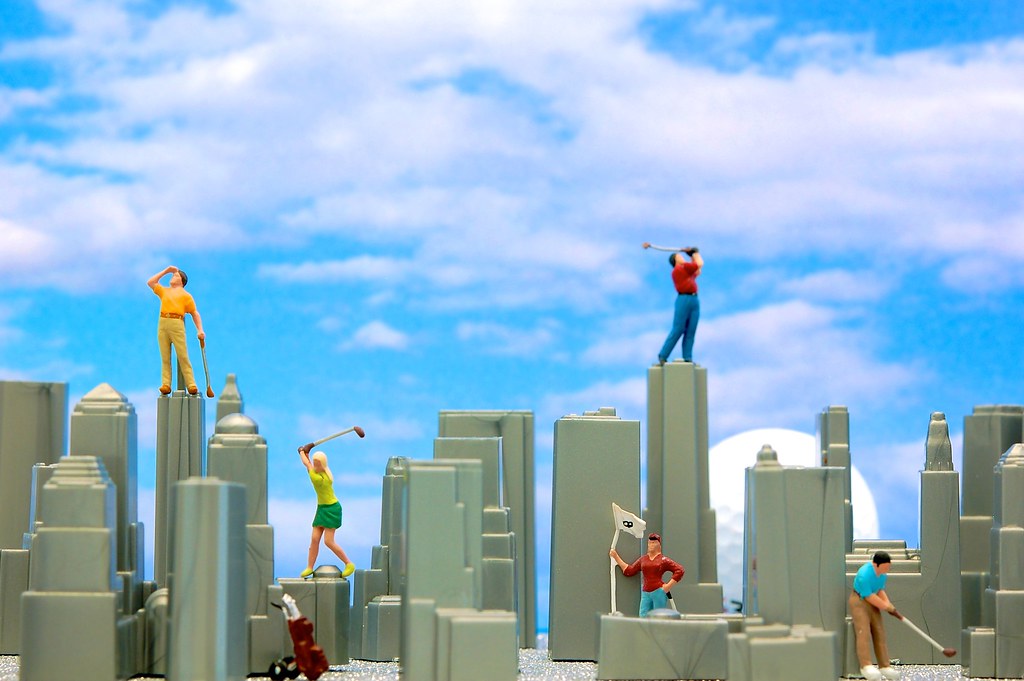 Posted to Flickr on 29 March 2015. Part of the Little Dudes series.

The idea for this photo came from Community Golf and their notion that people can play golf in certain urban settings, not just on a traditional golf course.

The setup for this photo was pretty straight-forward. The scene sits atop my elevated black shelf. A silver sheet of glitter paper is the foundation of the cityscape. The buildings are taken from a “4D Cityscape” puzzle of New York City. The golfers are HO scale train figures. 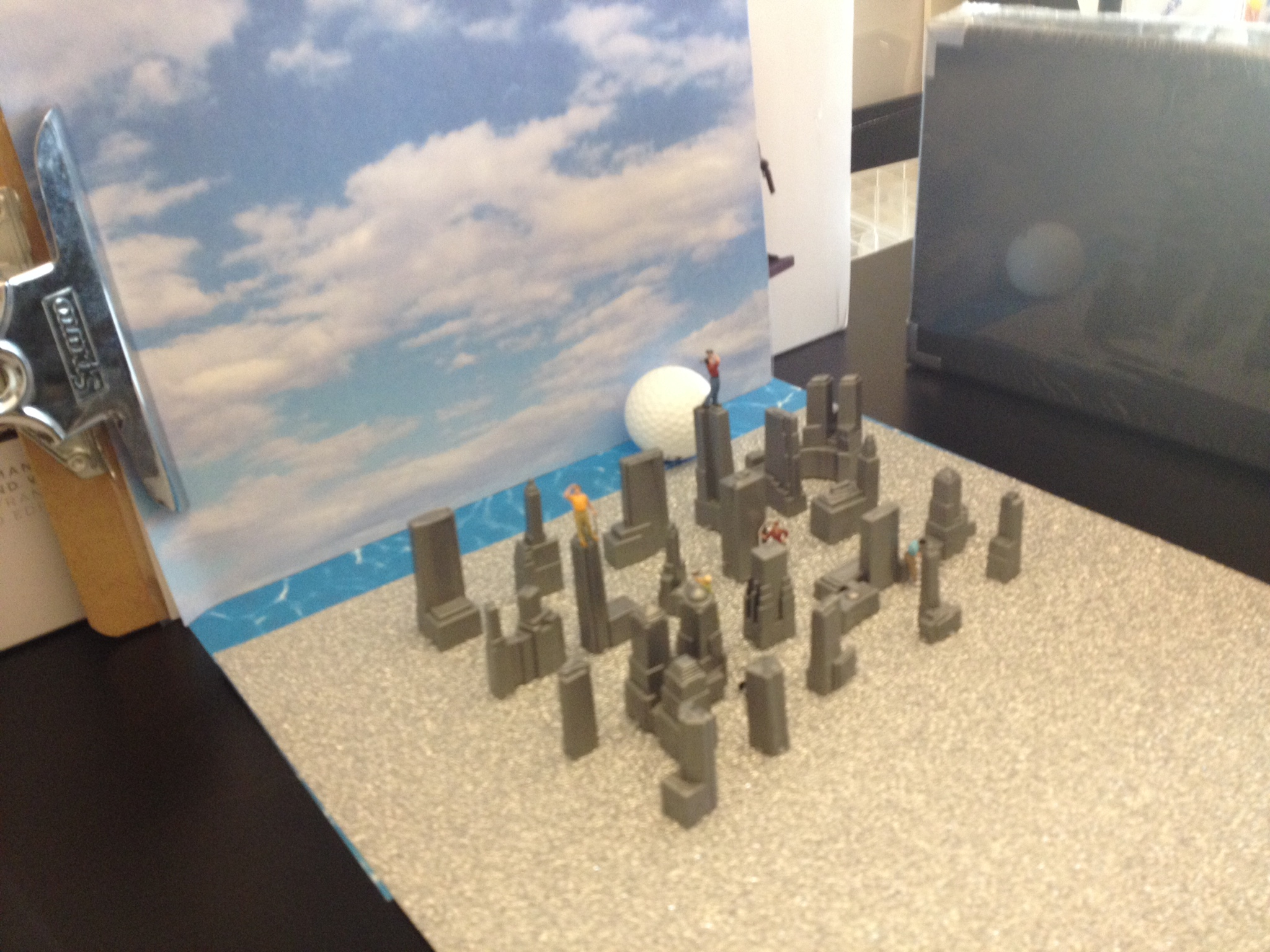 A large circular diffuser (not shown) is positioned above the scene, softening the ambient light in the room.

This alternate photo is actually my test shot, the first photo I took for this project. It is unusual for me to have my first photo be (1) relatively focused and (2) so close to the final result. It is so unusual in fact that I decided to document it this time. 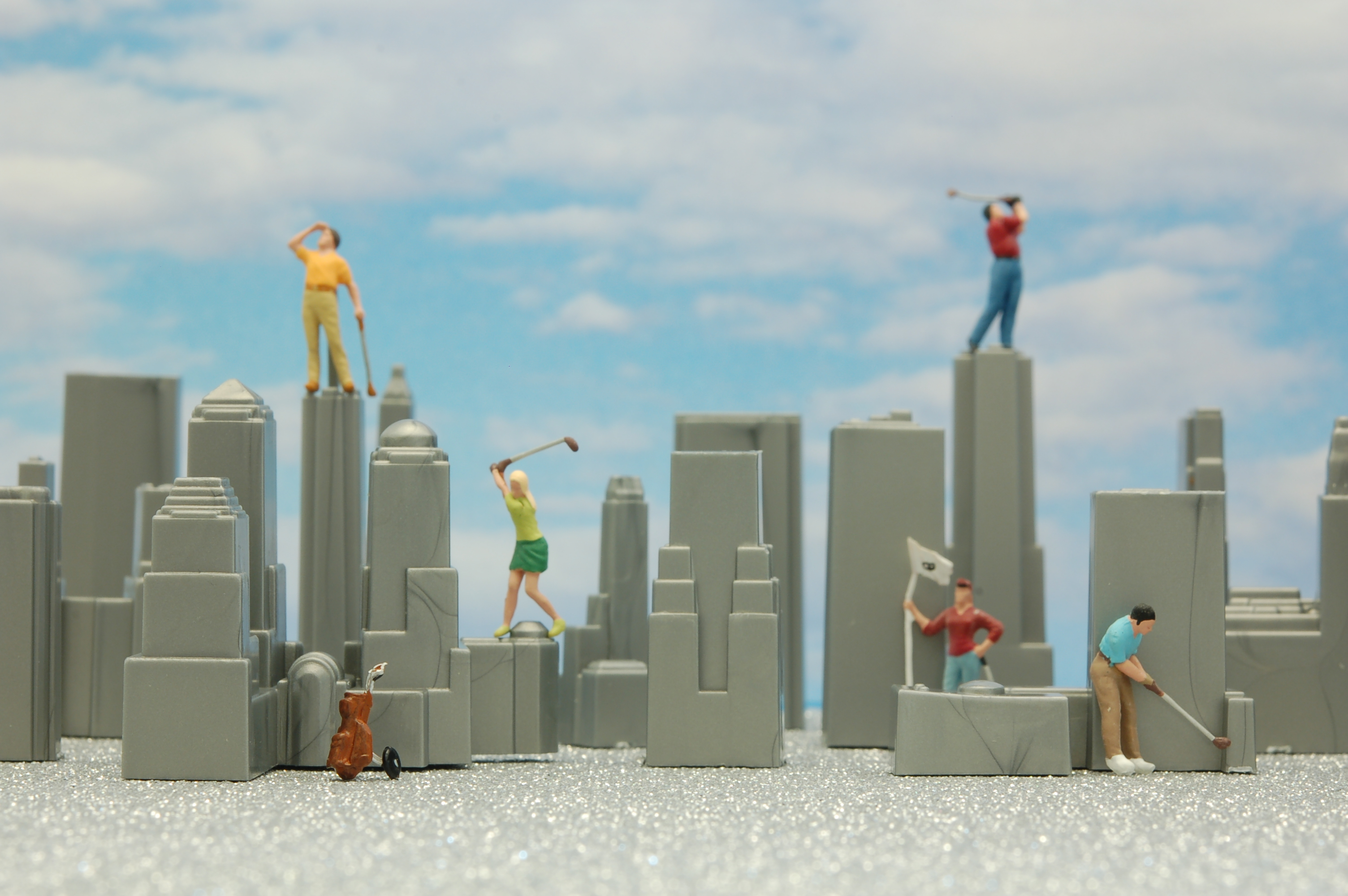 Mega Golf by JD Hancock is licensed under a Creative Commons Attribution 3.0 Unported License. Permissions beyond the scope of this license may be available.