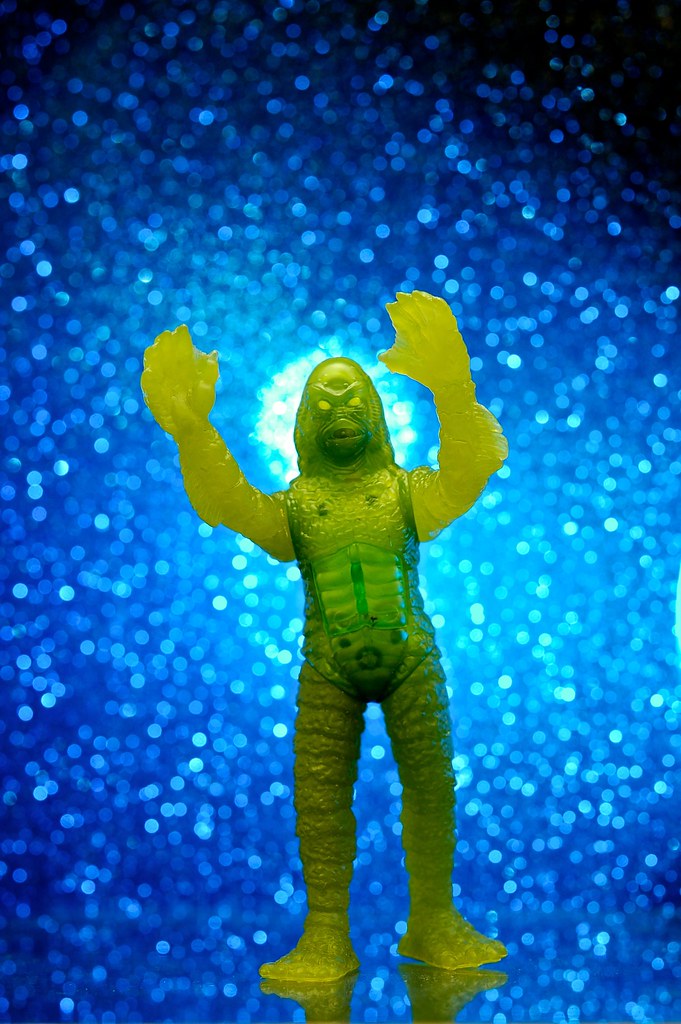 Gill-man, or “the Creature” from Universal Studio’s The Creature from the Black Lagoon, is a classic and iconic sea monster. This particular toy was part of a Burger King promotion in 1997 and was recently given to me as a gift by BadlandsBookCzars.

In December of 2014 I ordered a PVC set of The Nightmare Before Christmas figures from an Amazon seller named BadlandsBookCzars, aka Michael Oxley and Cheryl Smith. When the package arrived, I discovered that they had thrown in this Gill-man figure at no charge, a Christmas gift to me I suppose. As a way to say thank you, I decided Gill-man should be my next “spotlight” figure.

Gill-man is standing on a clear sheet of acrylic resting on an elevated black shelf. The backdrop is a sheet of black glitter scrapbooking paper. 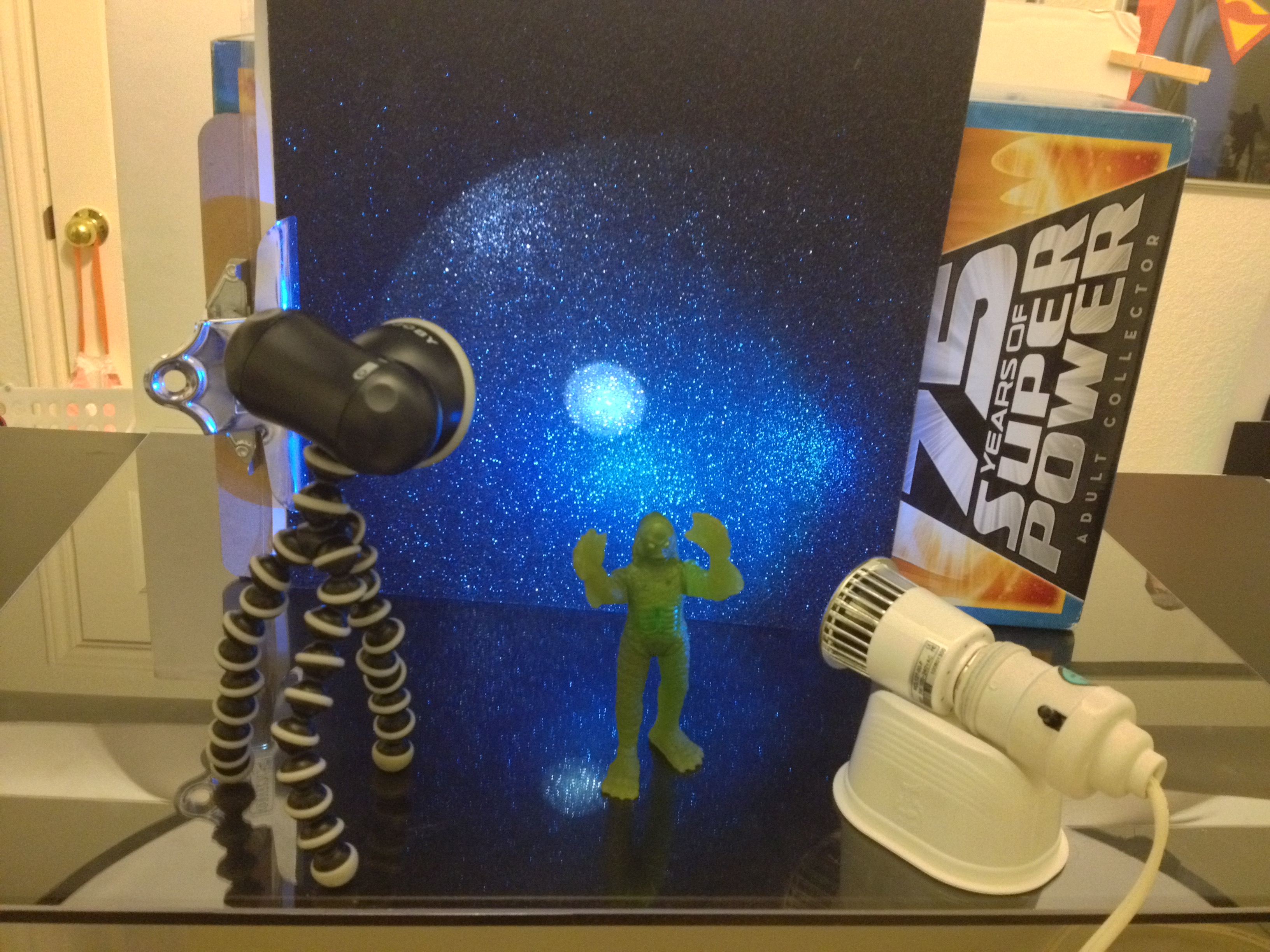 A colored LED provides majority of the blue backlight, propped up by a potato chip package. A Joby tripod LED creates the halo around Gill-man’s head.

My large circular diffuser (not shown) is positioned above the scene, softening the ambient light in the room.

I tried different colors for the background but ultimately decided on blue because it reminded me of the ocean. 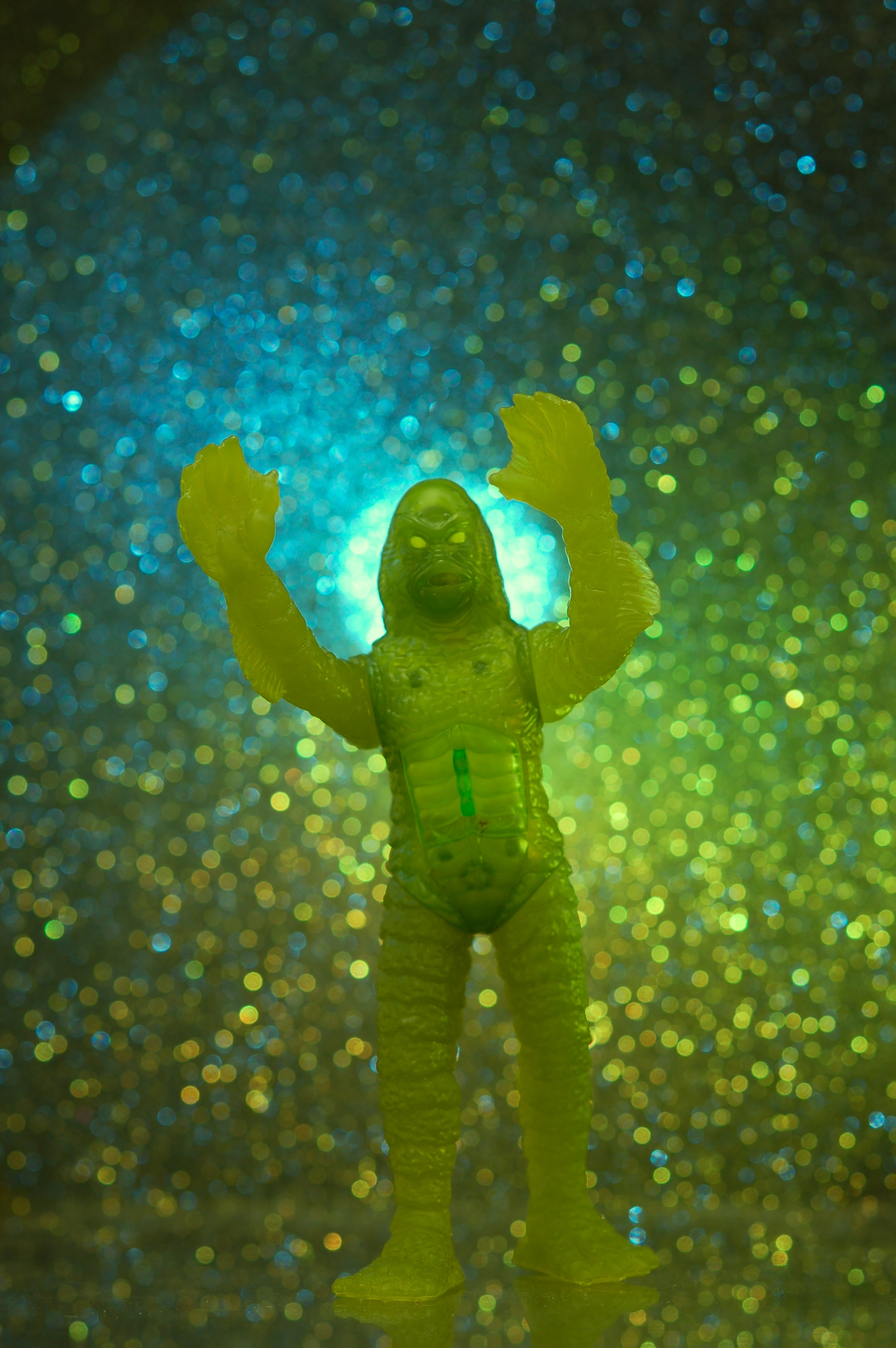 Gill-man Spotlight by JD Hancock is licensed under a Creative Commons Attribution 3.0 Unported License. Permissions beyond the scope of this license may be available.