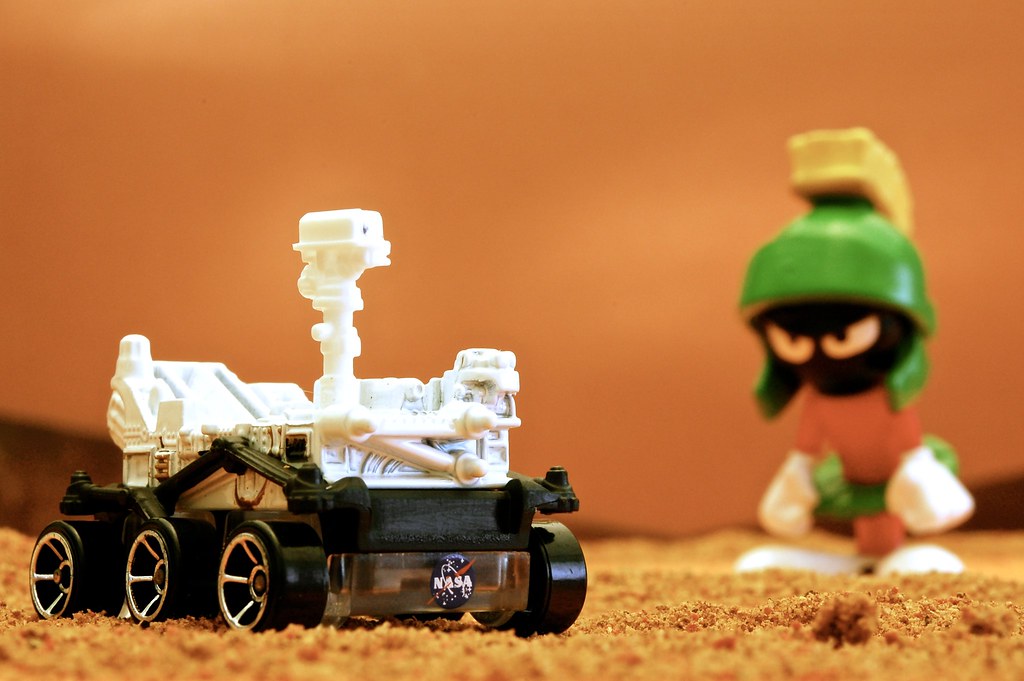 Get Off My Lawn!

“Oh! Trespassers make me so angry!”

I was recently re-reading a scene in the comic book The Watchmen that takes place on Mars, and I thought about how funny it would be if a NASA rover were recording it. One thing led to another, I found a Hot Wheels Curiosity rover, I substituted Marvin the Martian for Dr. Manhattan, and I had my starting point.

The ground is an orange poster board covered strategically in certain places with bacon salt. The backdrop is a brown poster board with two brown sheets of scrapbooking paper suggesting mountains in the distance. 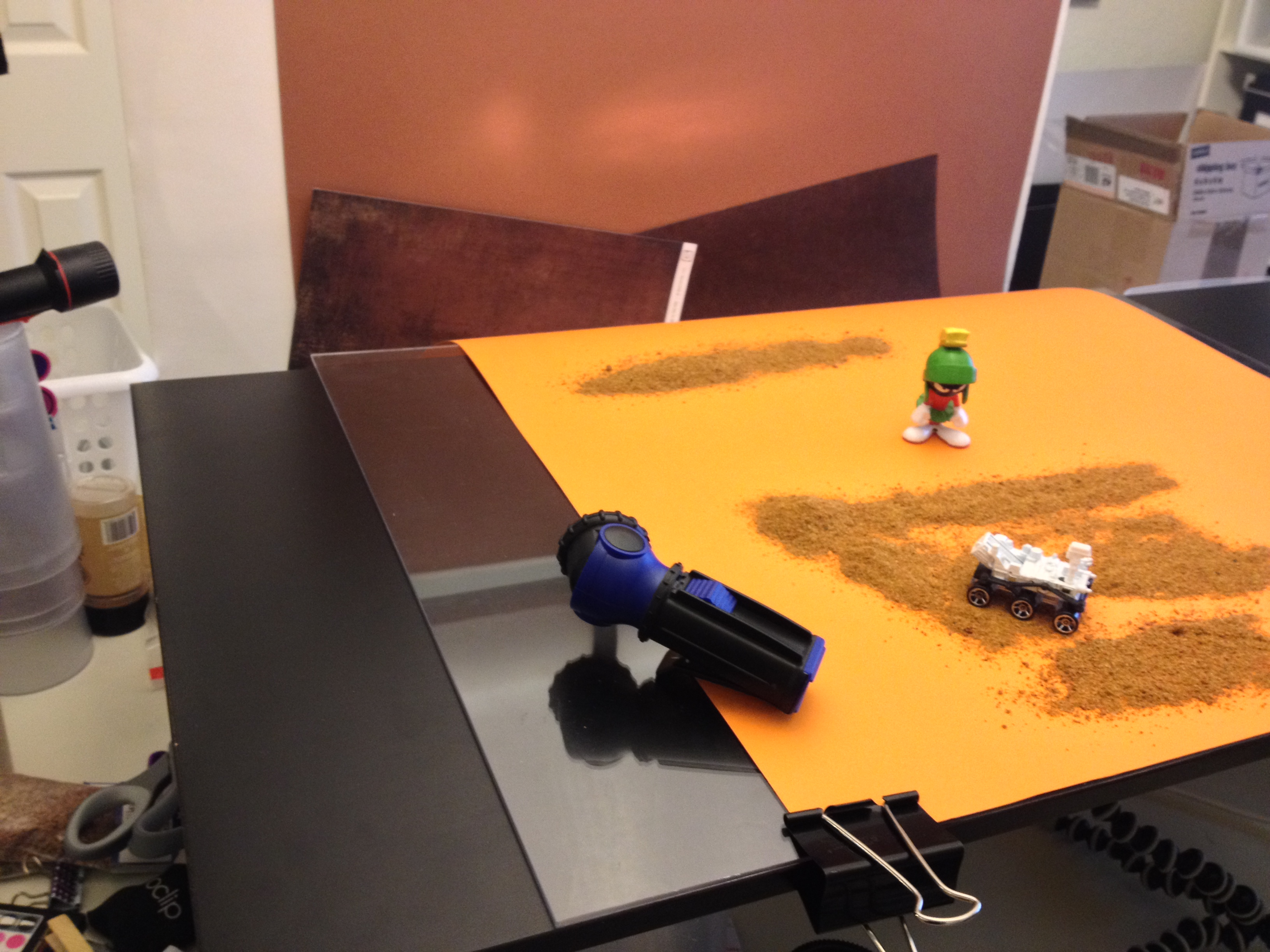 Three flashlights were used. The black flashlight on the far left gives Marvin a backlight. The rover is backlit by the blue flashlight. A third flashlight (not shown) provided some light at the top of the backdrop.

As usual, my large circular diffuser is above the scene but not shown, softening the ambient light in the room.

I briefly toyed with the idea of a very abstract scene with just Marvin and the rover. 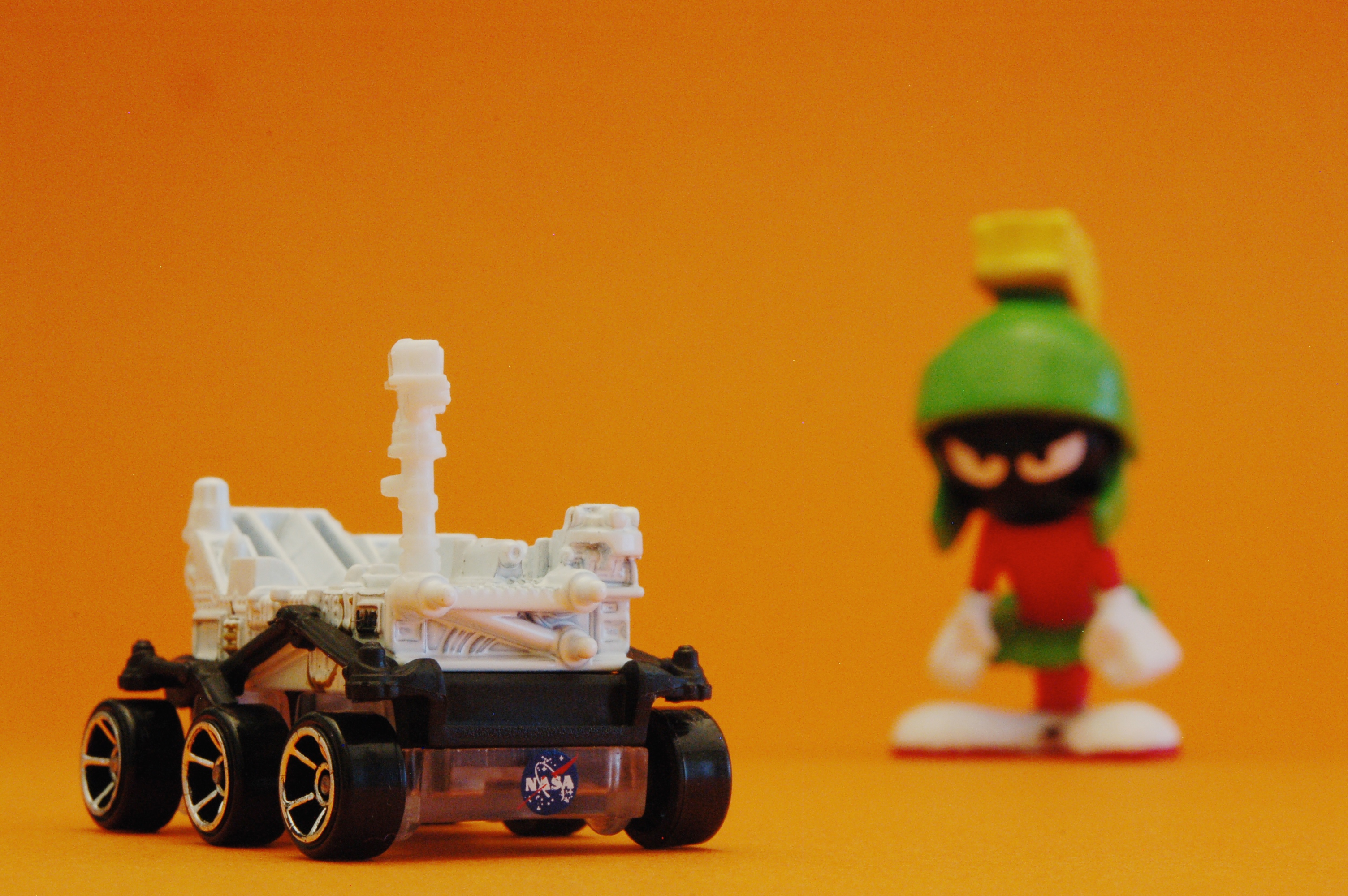 I also tried to use a red laser pointer to give Curiosity a glowing red eye, but my pointer was not quite narrow enough, and the white plastic tended to absorb the light rather than reflect it. 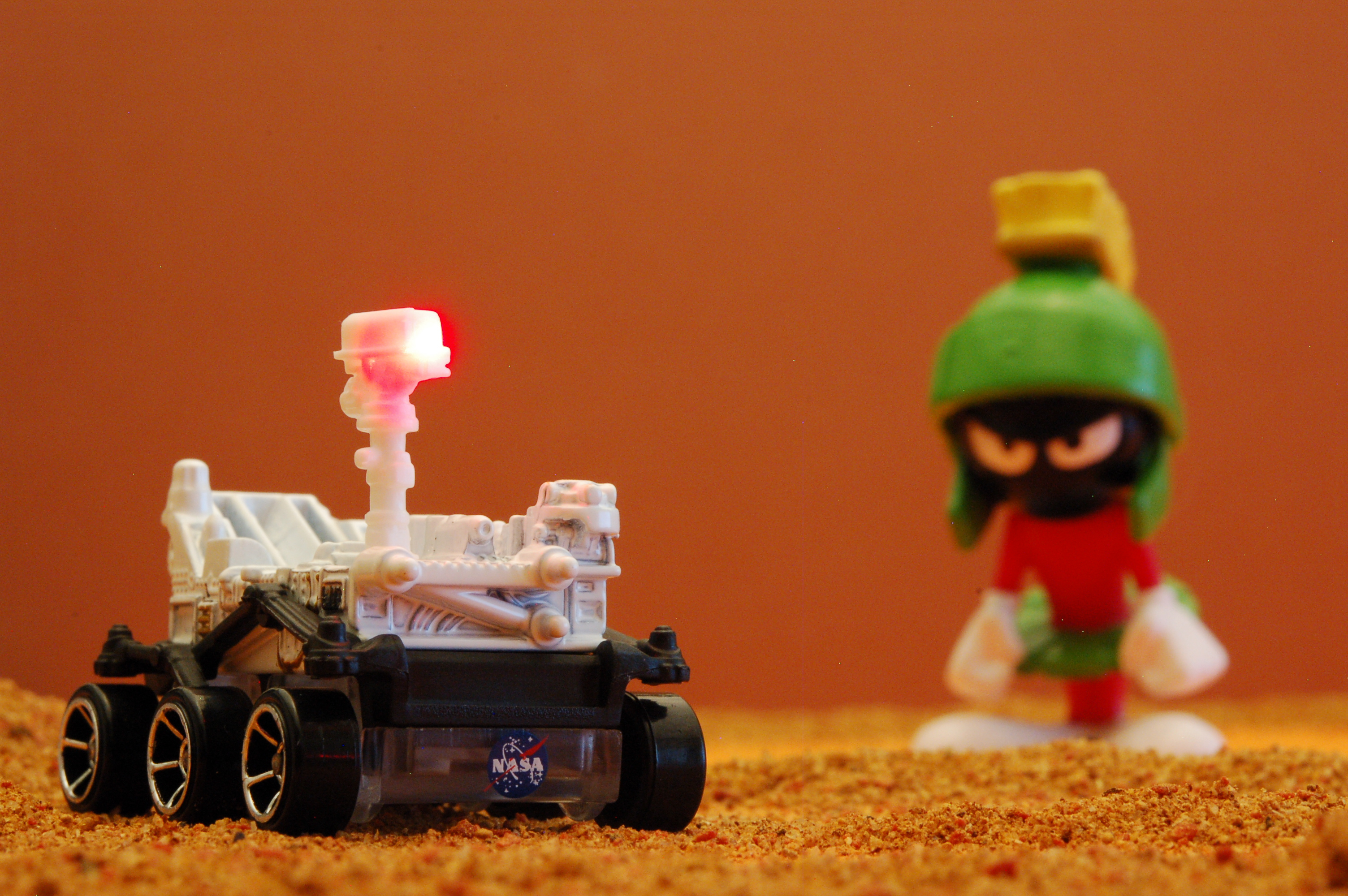 Marvin and the rover have also been spotted here:

Get Off My Lawn! by JD Hancock is licensed under a Creative Commons Attribution 3.0 Unported License. Permissions beyond the scope of this license may be available.