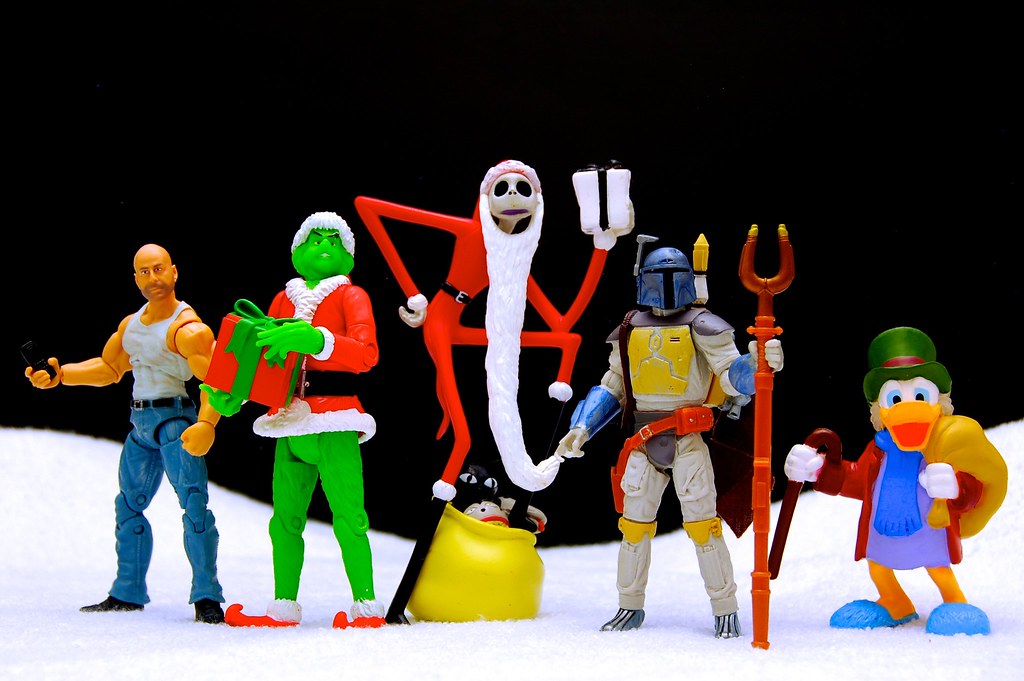 It is a well-known tradition that each year an unlikely character steps in and saves Christmas. What is not so well-known is that these “Christmas heroes” sometimes team up for an adventure. This year they include:

At some point I realized that no one ever made a John McClane action figure, so I decided to make one. I took the head of a Joe Colton GI Joe figure and stuck it onto the head of a Login X-Men Origins Wolverine body.

Die Hard is one of the best action movies ever made, and many people say it’s their favorite Christmas movie, so I thought it would be fun to assemble a team of unlikely Christmas heroes. This photo is the result.

The setup for this photo was extremely simple. The figures are standing on a piece of white felt that is draped over the elevated black shelf that I often use as a base. The background is a sheet of black poster board. 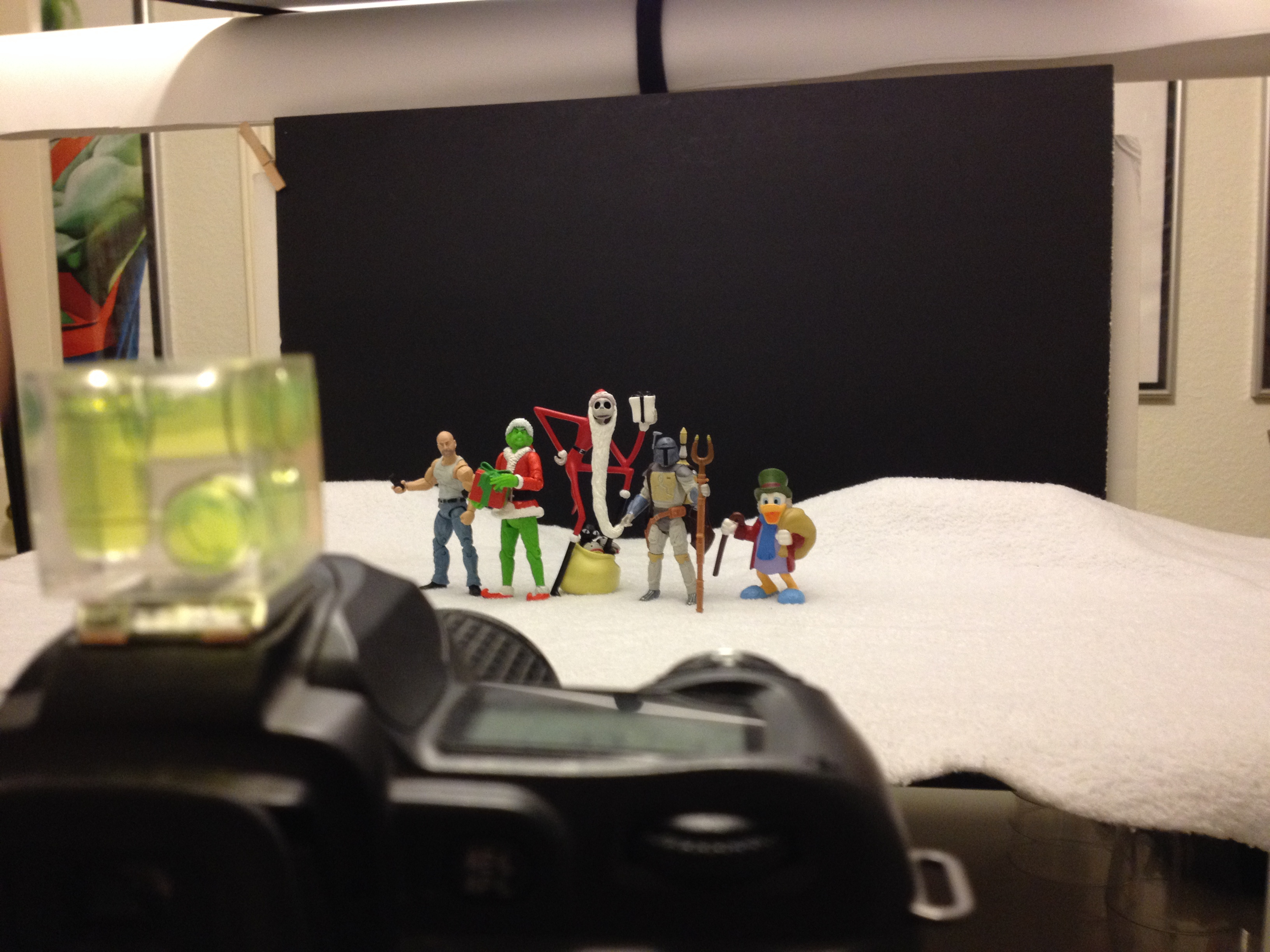 Above the scene (but not visible) is a large circular diffuser, softening the ambient light in the room.

I initially envisioned a snowy white scene, but I realized two things: 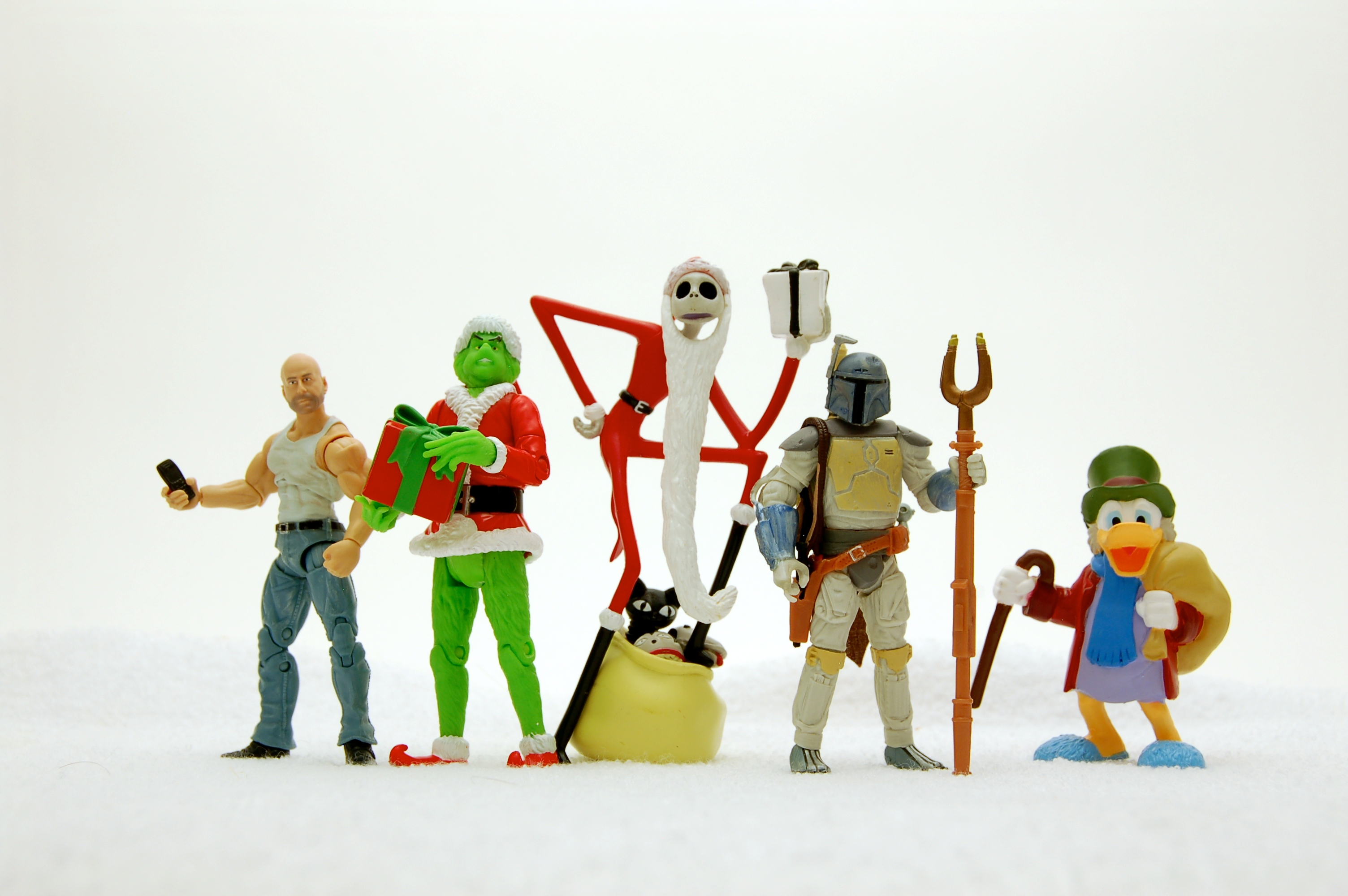 This crackin’ Christmas crew has also been seen here:

The Counter-Claus Caper 2014 by JD Hancock is licensed under a Creative Commons Attribution 3.0 Unported License. Permissions beyond the scope of this license may be available.