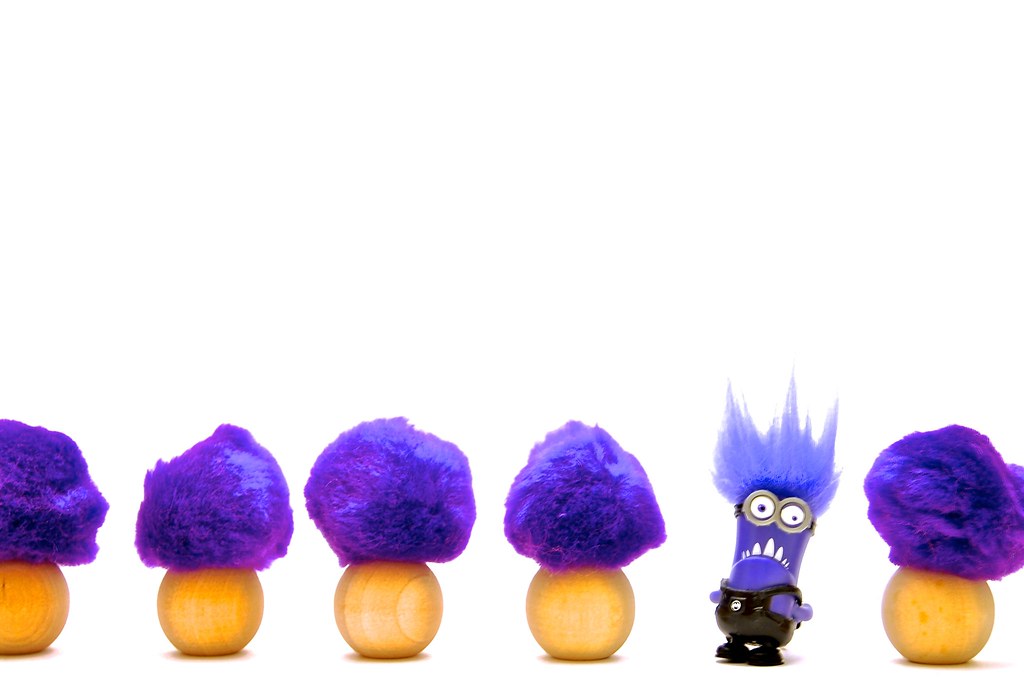 Watch out! This sneaky Evil Minion has gone into hiding. You can barely even see him, right?

Huge thanks to my friends at Mega Bloks for sending me this little guy. Apparently I was one of seven lucky people chosen to receive an exclusive, pre-release playtime with a Despicable Me toy. I’m totally honored!

The incredibly nice people at Mega Bloks sent seven lucky people pre-release Despicable Me figures to share on social media as part of their “#MinionMontage Challenge.” I was beyond thrilled when they told me I had been selected. And as soon as I saw the Evil Minion’s hair, I knew what had to be done.

Once I had the right color background, setup was super-easy. The Evil Minion and the … Dr. Seuss trees, I guess … are all standing on a simple white poster board that is curved behind them. The tops of the trees are ordinary craft pom poms, and the bottoms are wooden dowel caps. 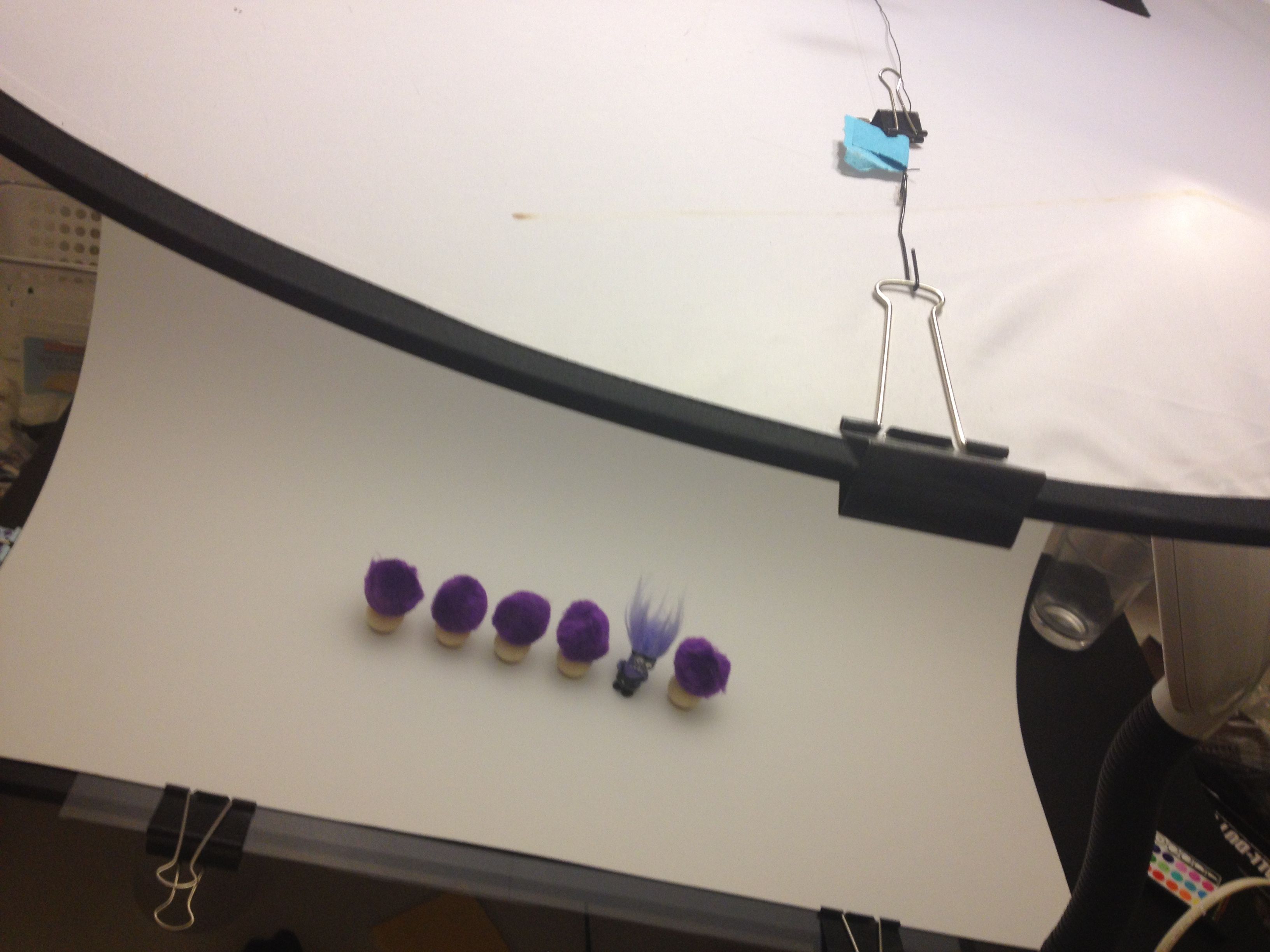 Above the scene is my large circular diffuser, softening the ambient light in the room. 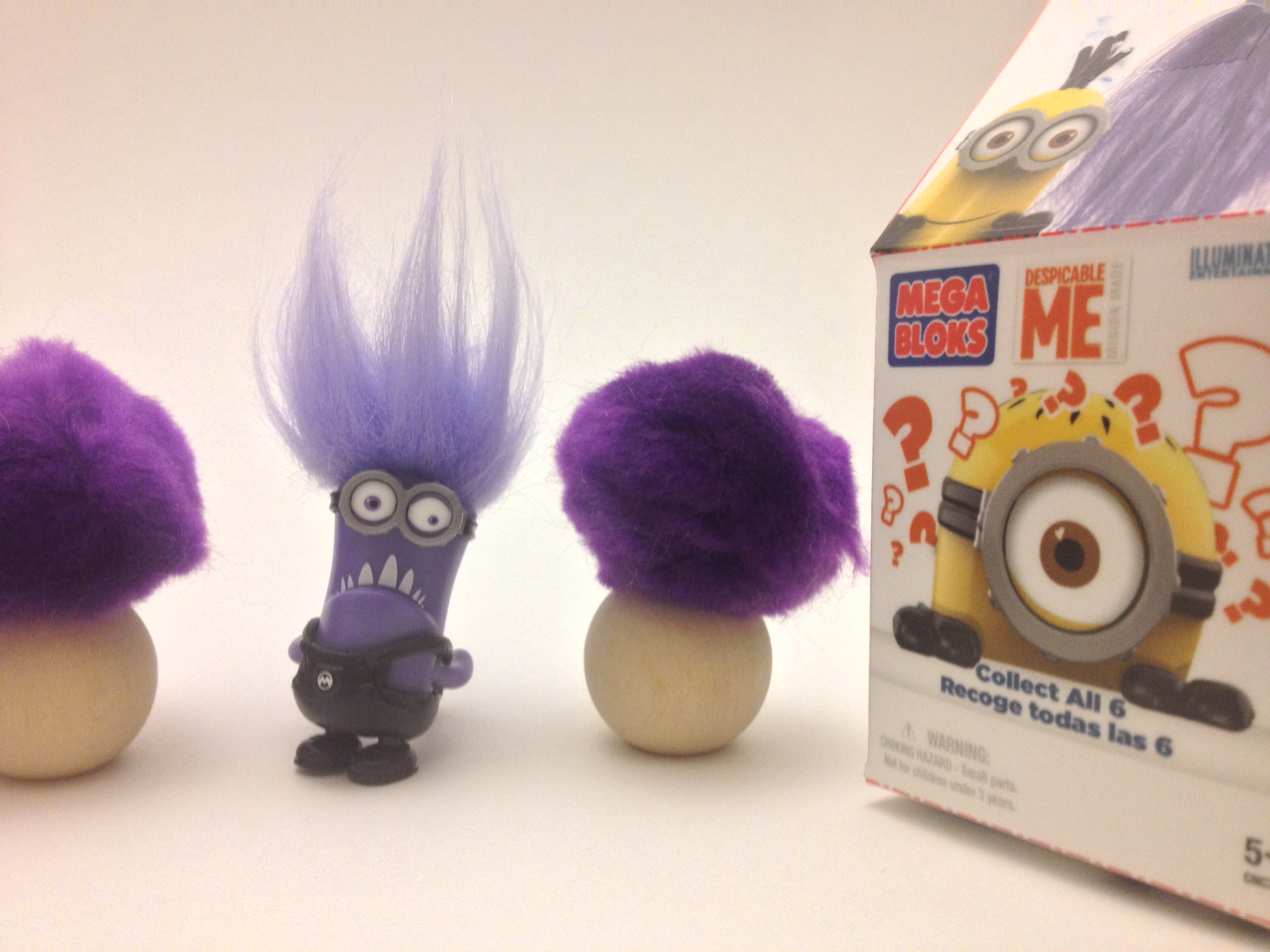 For the curious, I also captured the box he arrived in.

Choosing the right color for the background was the most difficult part for me. I went through about five different colors and lighting ideas before I decided that the purple would pop best on pure white. 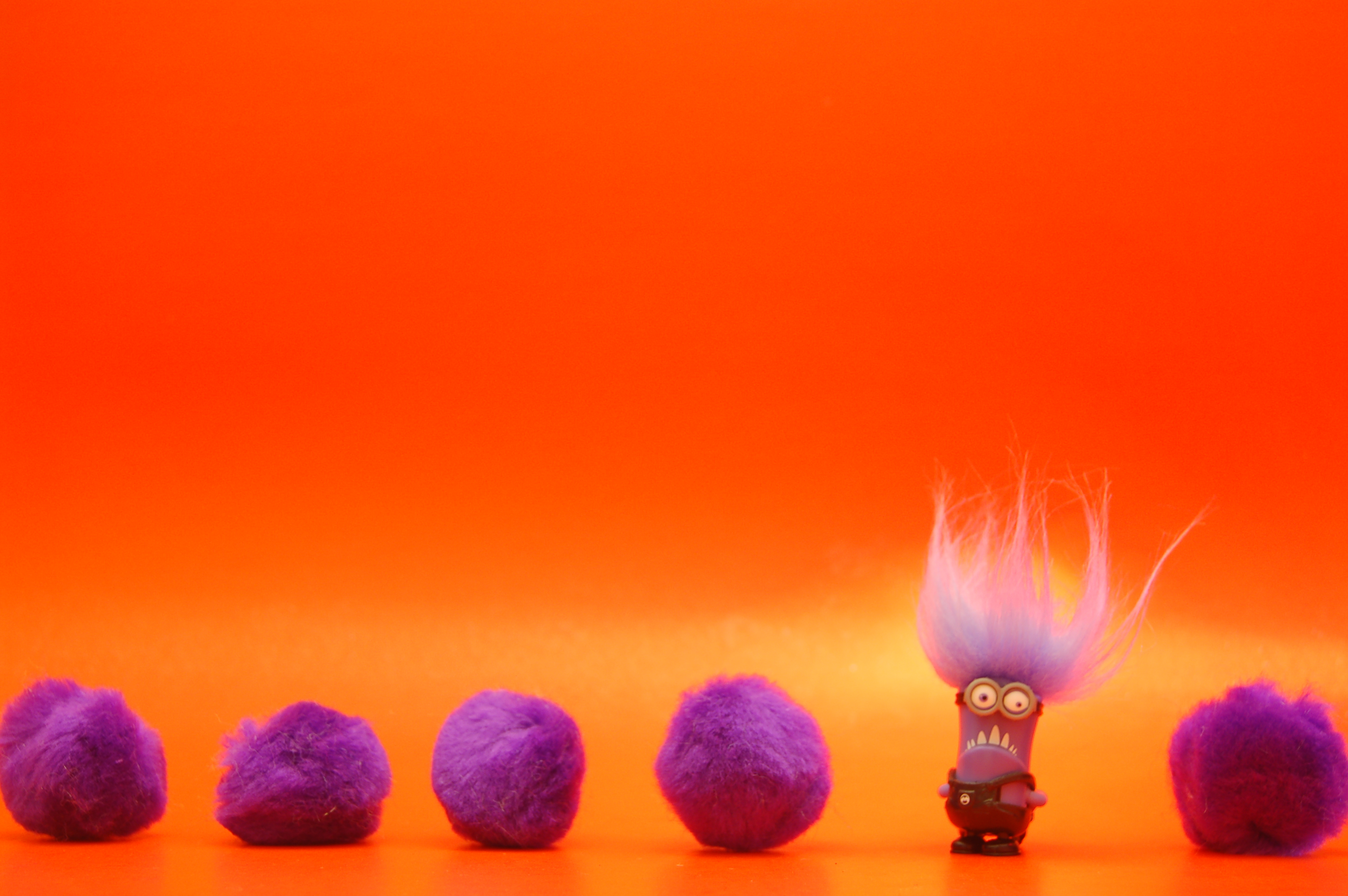 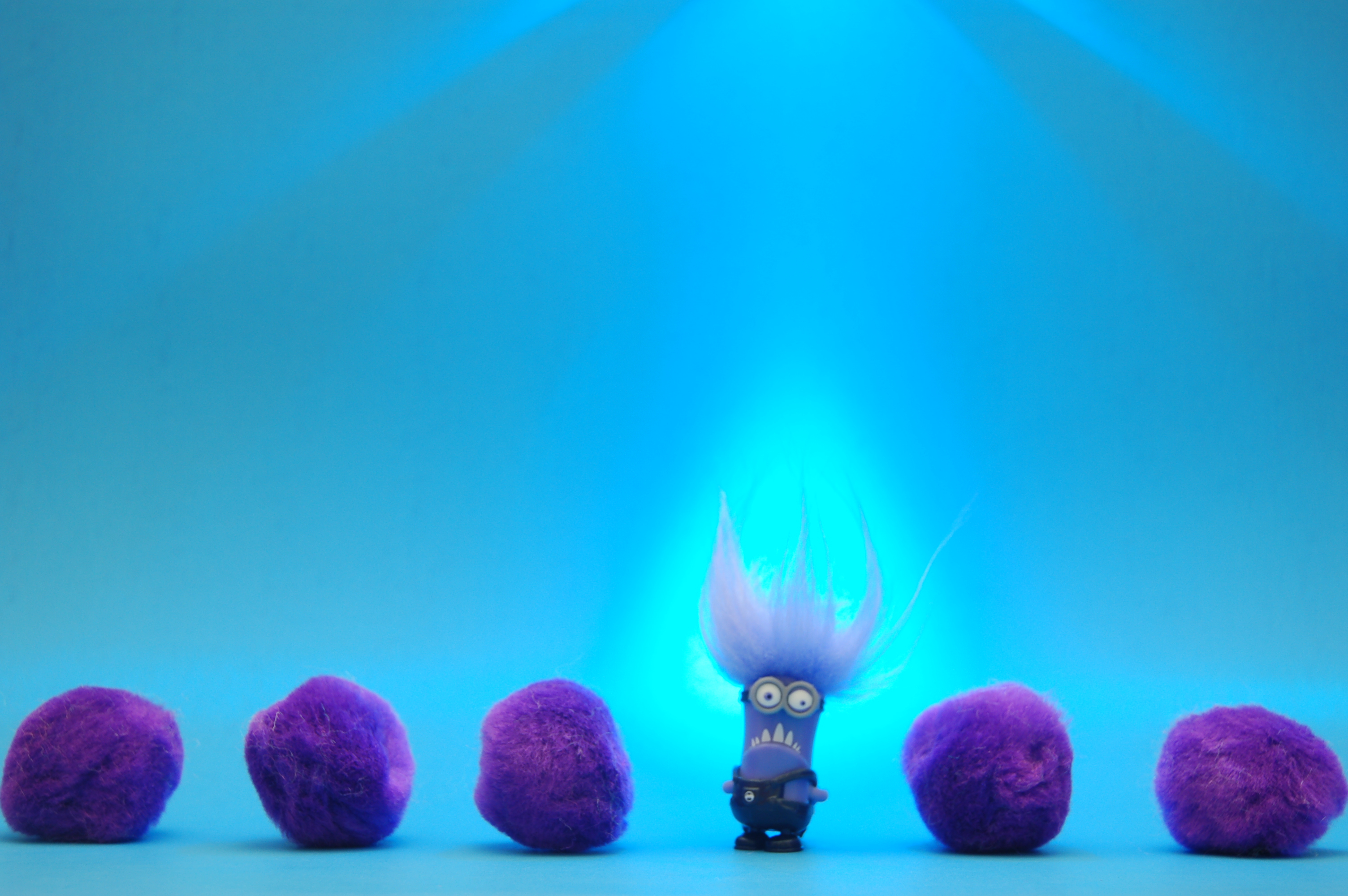 Although he is obviously very clever at hiding, this minion has also been spotted here:

Evil Min-ja by JD Hancock is licensed under a Creative Commons Attribution 3.0 Unported License. Permissions beyond the scope of this license may be available.