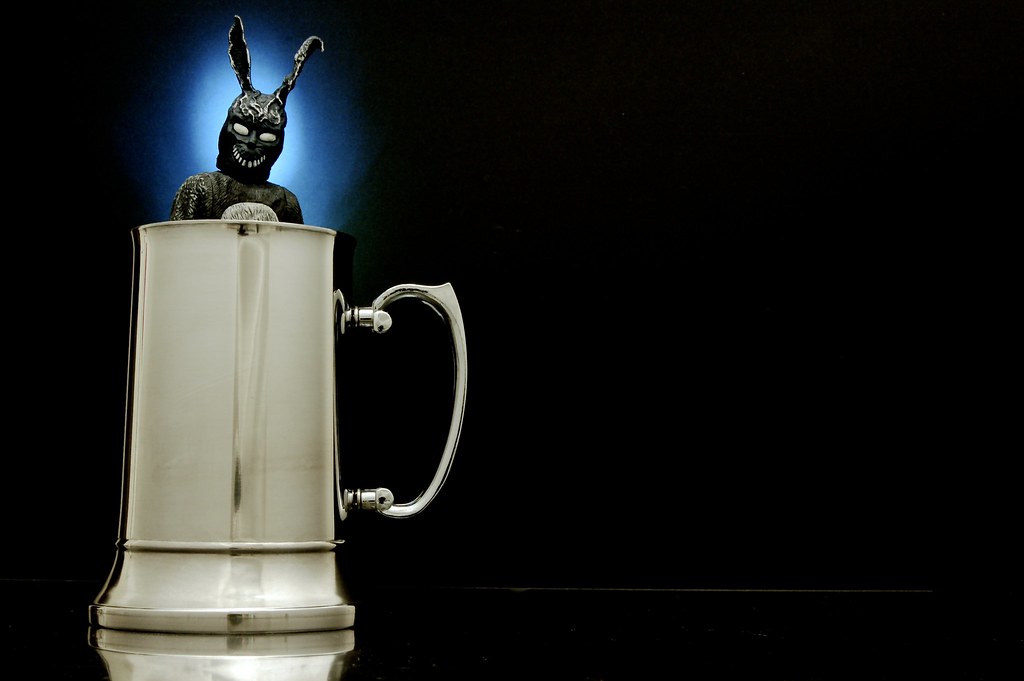 Donnie Darko’s “friend” Frank likes to celebrate Halloween in his own unique ways.

My friend Ed Steele and I share a love of time travel movies. One of his favorites is Donnie Darko, and he has a special place in his heart for the strange character of Frank, which was the inspiration for this photo.

I’ve wanted to shoot this one for a long time, but I decide to wait until just before Halloween for maximum fun-having.

The setup was more complex than I anticipated. The easy elements were the black backdrop of foam board, the sheet of acrylic atop my elevated black shelf, and an LED flashlight (with a toilet paper snoot) for the back-lighting. I’ve done similar setups many times. 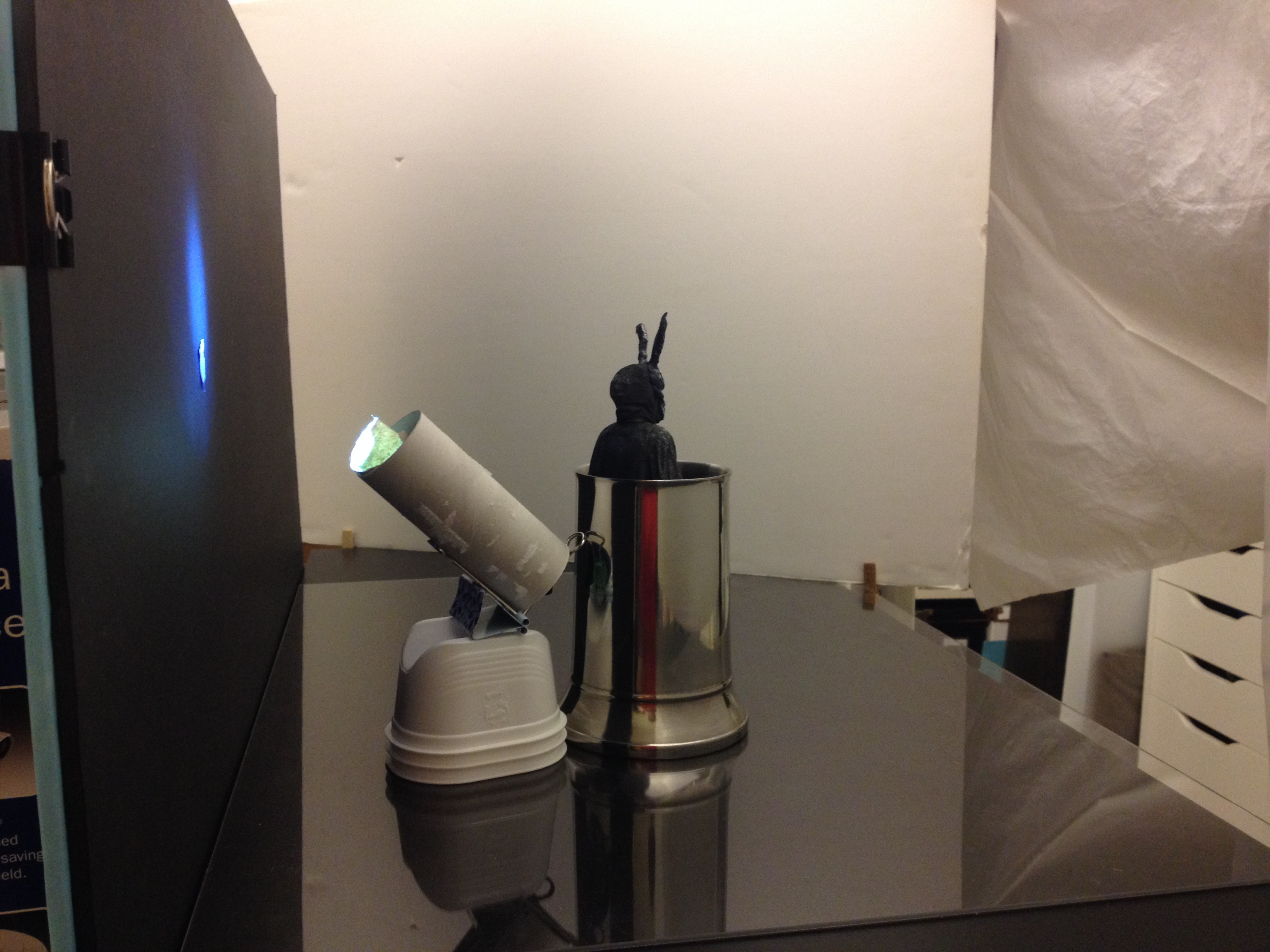 The difficult part was de-emphasizing the reflection in the stein. I really like the stein because it is monochromatic and uncomplicated, helped to put the emphasis on Frank. But I had not counted on it being so reflective. You could see everything behind the camera, including me, on the stein’s surface. In the end I surrounded the scene with white foam board and masked the area behind the camera with a white trash bag. 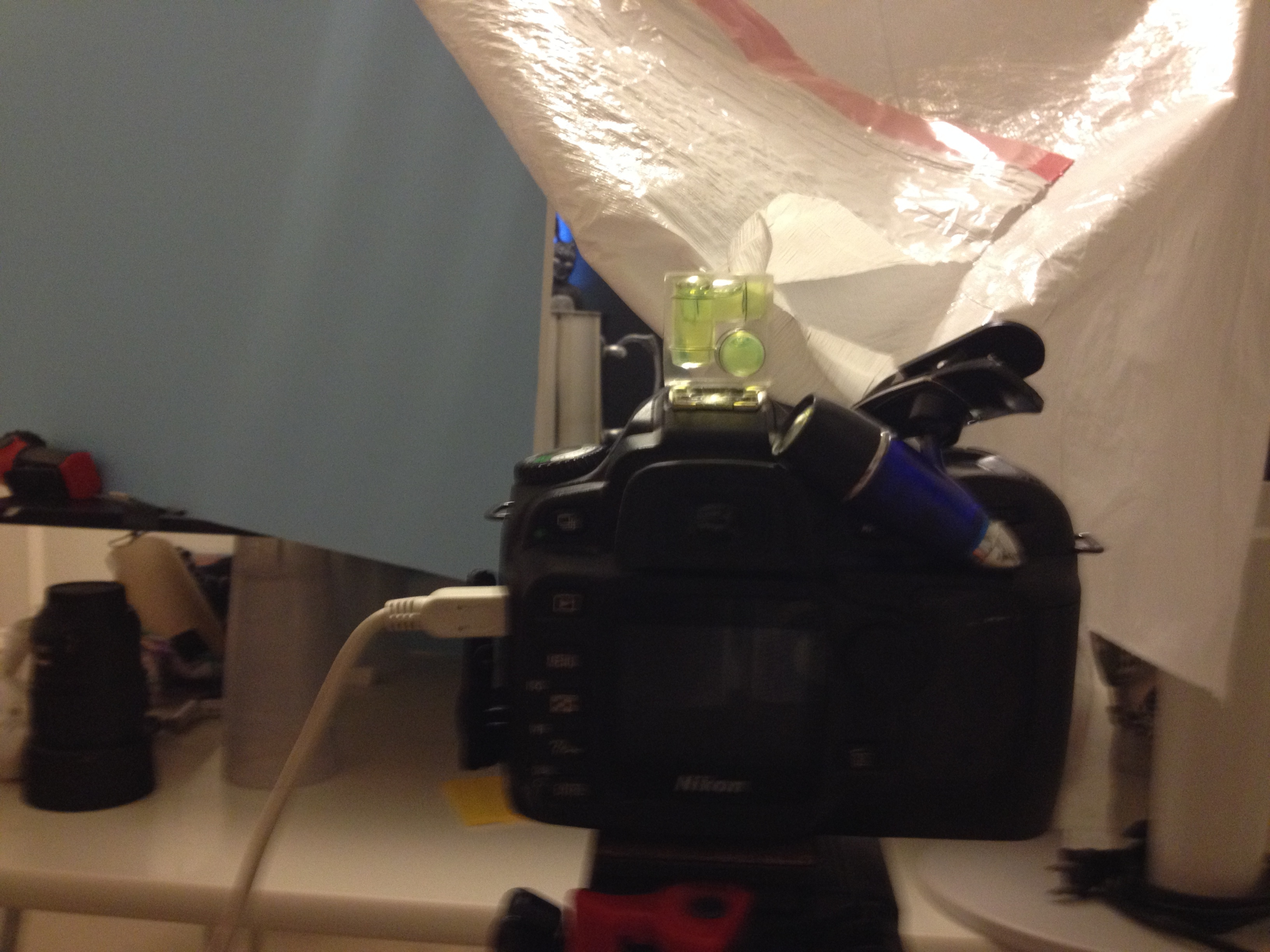 Above the scene as usual (and not visible in the setup photos) is a large circular diffuser, softening the ambient light in the room.

I thought about trying a red light behind Frank, but since Donnie Darko takes place in the 80’s, I decided to stick with Tron blue. 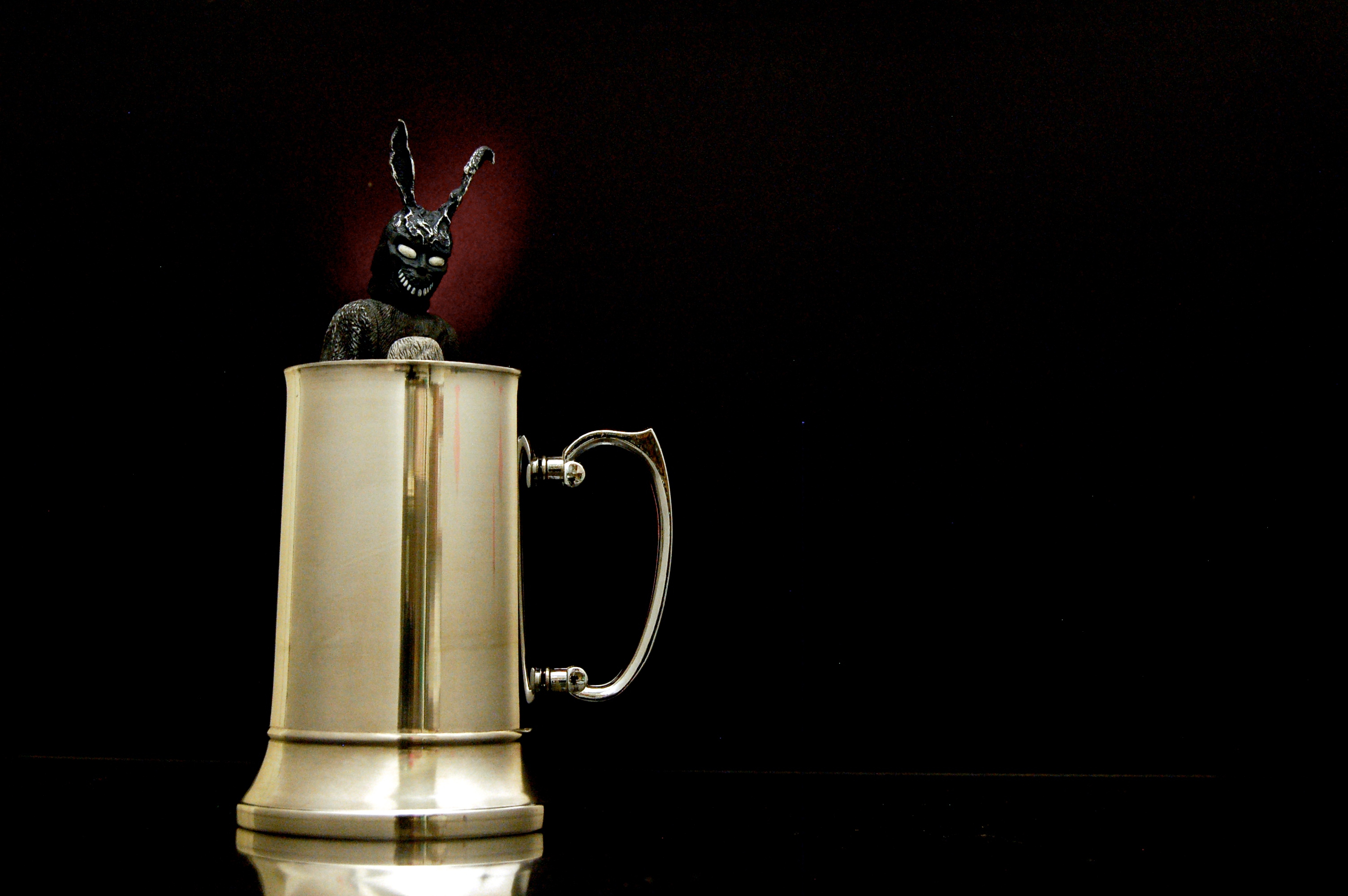 Frank In Stein by JD Hancock is licensed under a Creative Commons Attribution 3.0 Unported License. Permissions beyond the scope of this license may be available.