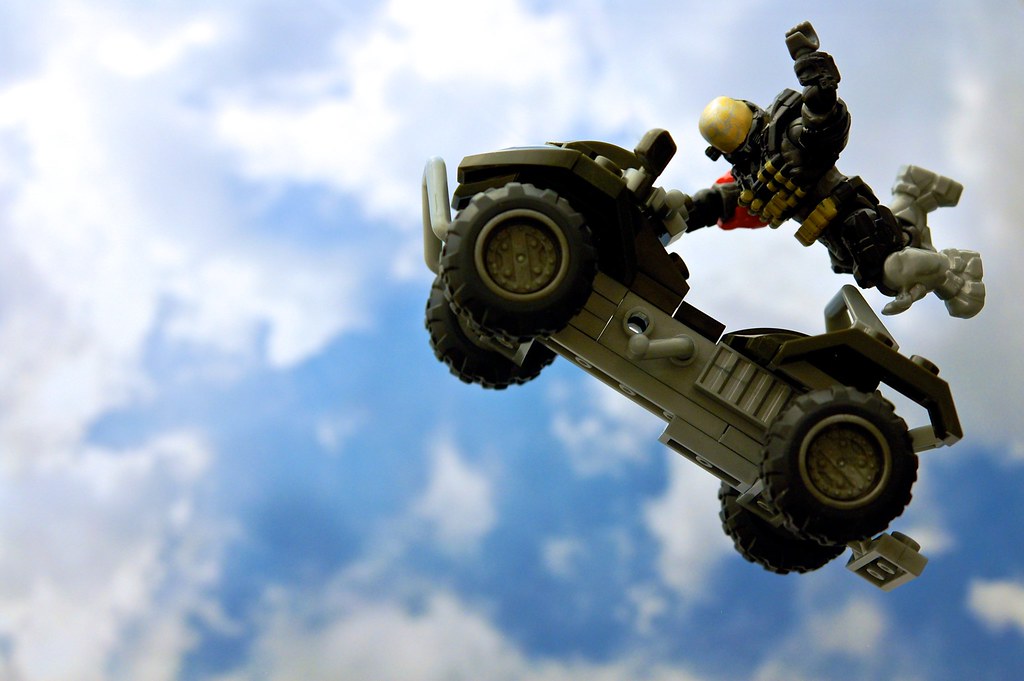 Posted to Flickr on 26 July 2014. Part of the Laugh! series. Funny is fun.™ Included in my Portfolio.

Some people like to go off-roading. Emile likes to kick it up an notch.

This photo was inspired by the photography of Symon-006.

Toy photographer Symon-006 was nice enough to mention me to the friendly people at Mega Bloks, and they asked me if I would be interested in photographing some of their toys. And of course I agreed!

The overall setup was straightforward. The vehicle is suspended with invisible thread under the large circular diffuser that softens the ambient light in the room. The backdrop is a sheet of scrapbooking paper with a cloud print on it. 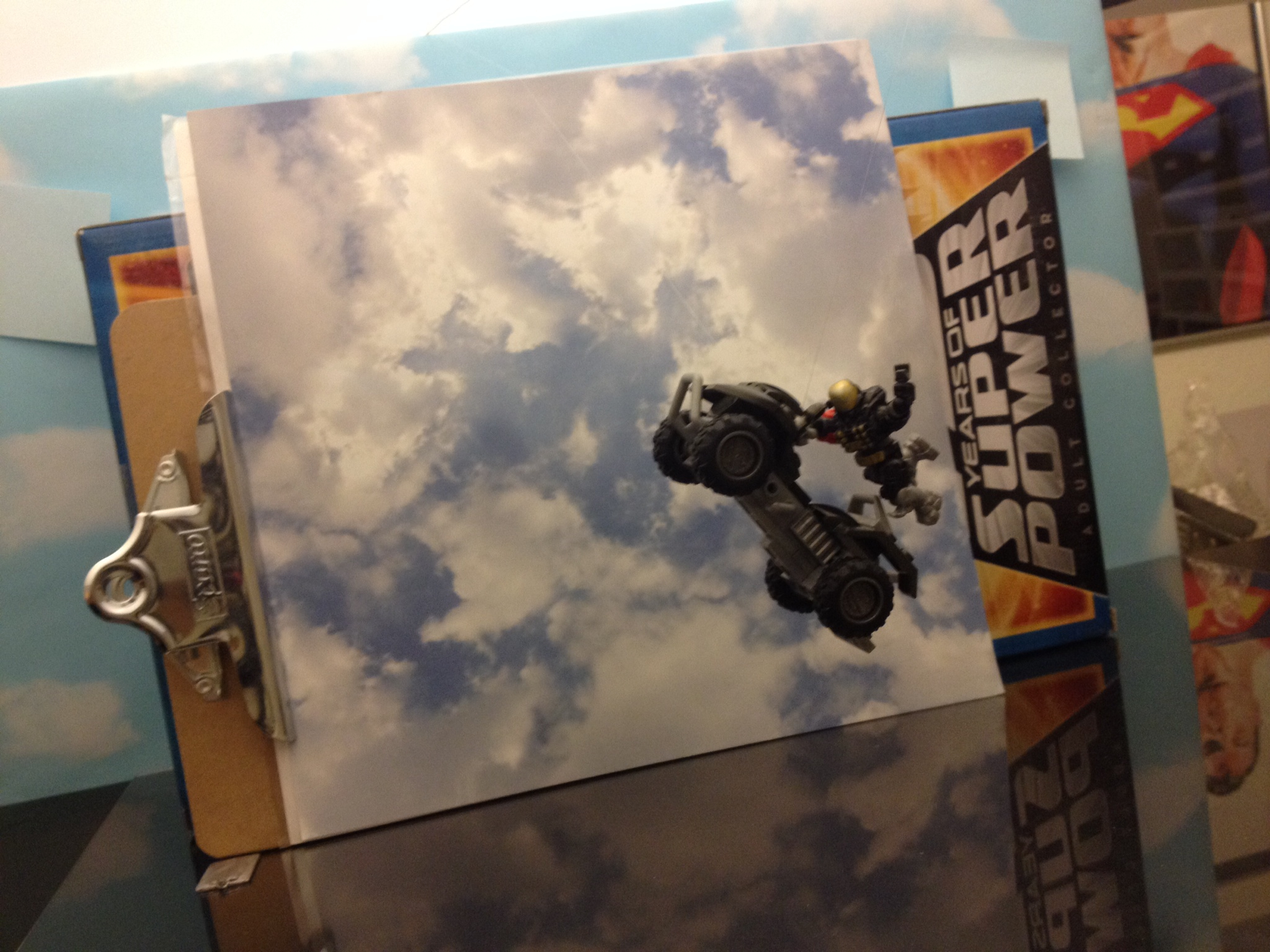 Posing the figure was a bit of a challenge. Friction and gravity were on my side, and his hand had just a tight enough grip on the handlebars that once I had him positioned, he didn’t move much.

I played around with the clouds a bit. Ultimately, I liked having more blue under the vehicle. 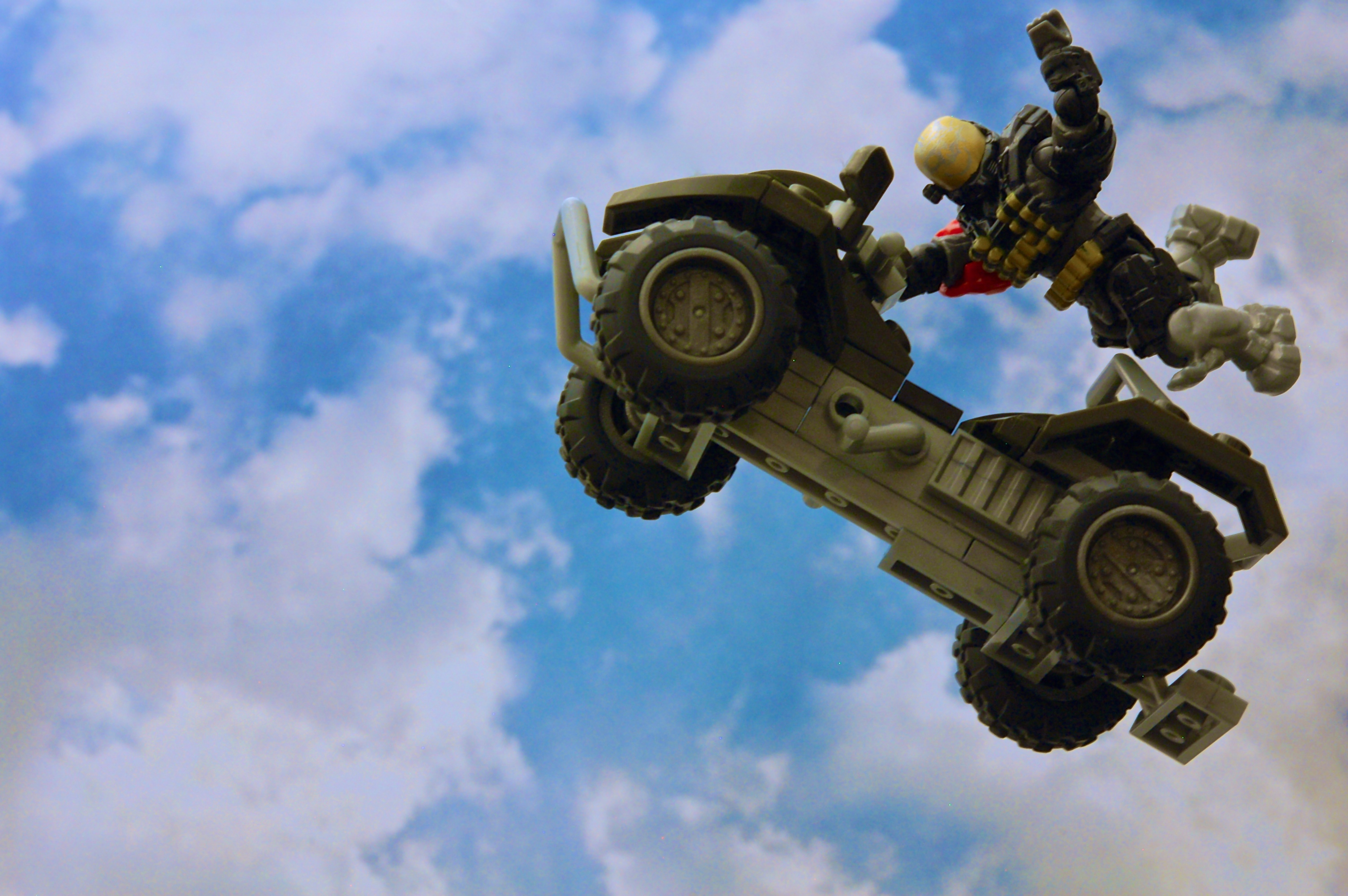 Off-Off-Roading by JD Hancock is licensed under a Creative Commons Attribution 3.0 Unported License. Permissions beyond the scope of this license may be available.