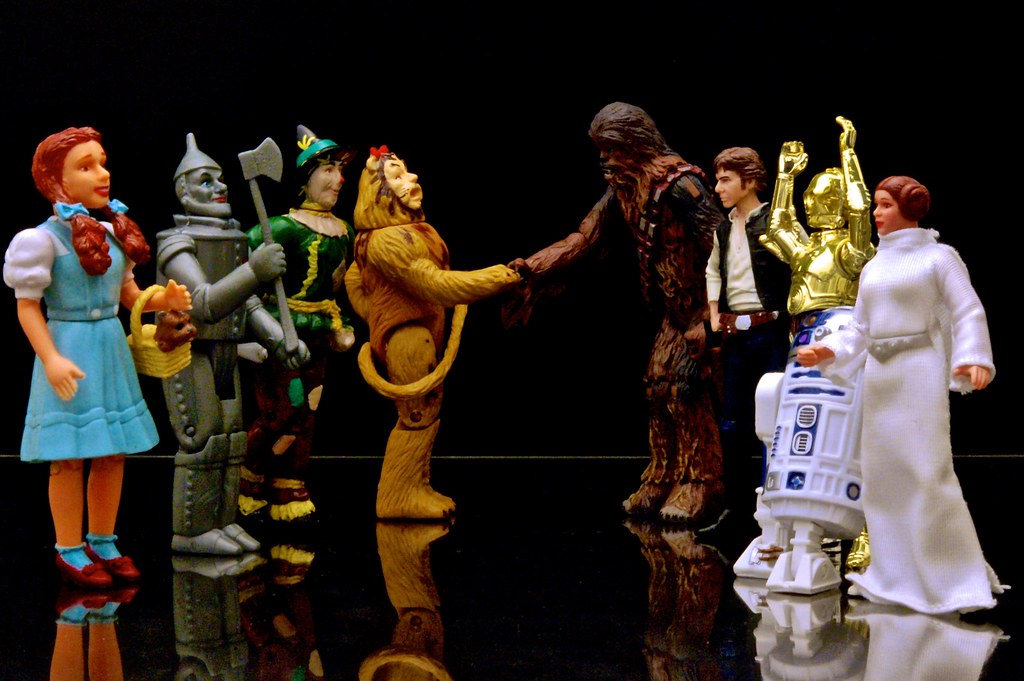 Two bands of adventurers happen upon one another in a dark, scary place, but they soon discover they have much in common.

The original inspiration for this photo has to be the Mel Brooks film Spaceballs, where a correlation is clearly drawn between the characters of Star Wars and the characters of The Wizard of Oz. I watched Spaceballs a million times as a kid, and the idea stuck with me. However, it wasn’t until recently that I acquired a full set of Oz figures.

The overall setup was straightforward. The figures stand on a sheet of clear acryllic which rests on an elevated black shelf that I often use as a base for my photo scenes. The backdrop is a broken computer monitor. 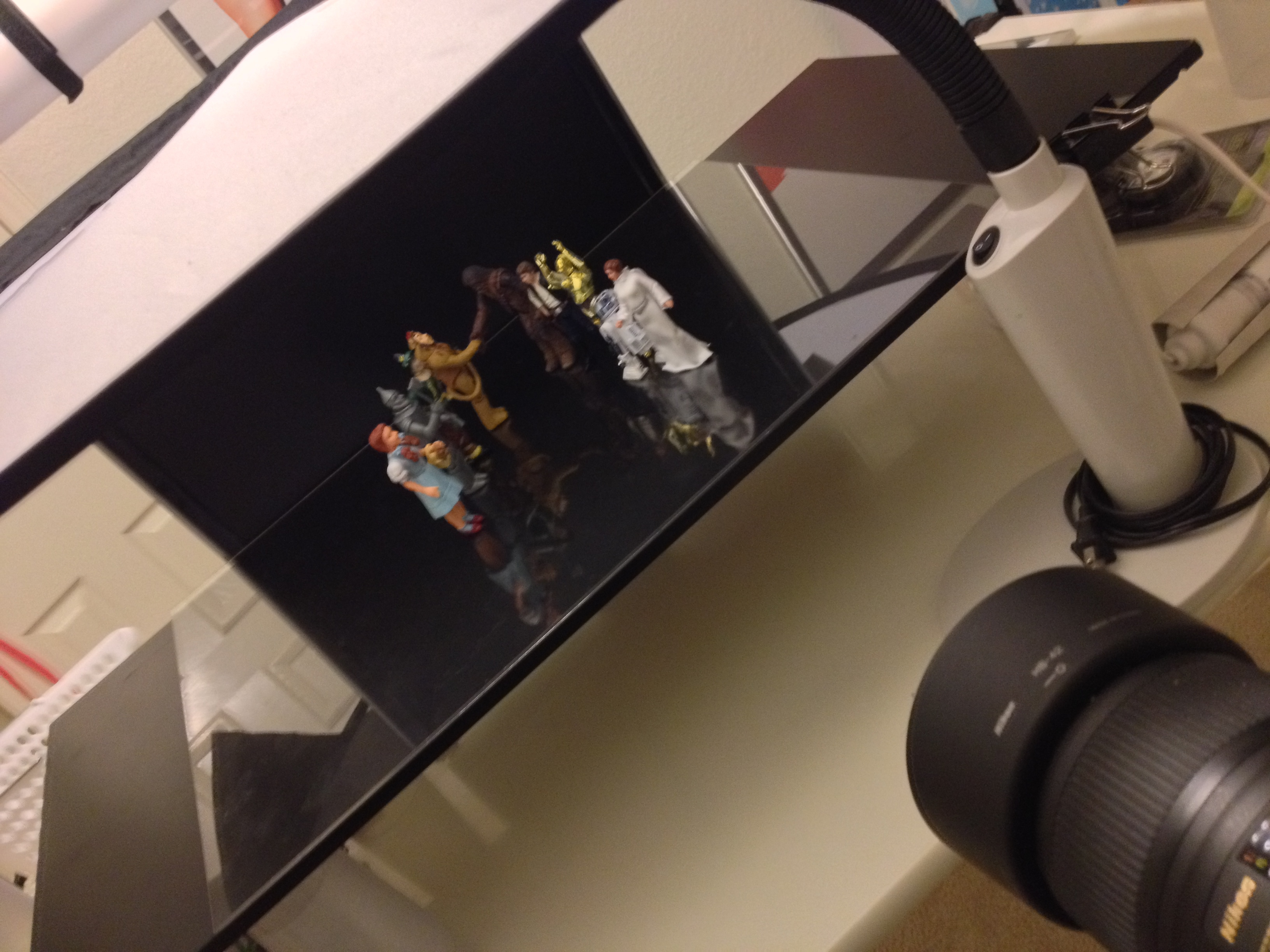 The hard part was positioning the figures. At first I had the counterparts interacting with each other, and even though I liked the more friendly tone, it was a little too chaotic. So then I arranged them in a “V” formation with counterparts positioned opposite each other.

Above the scene is a large circular diffuser that softens the ambient light in the room.

This early attempt was a little too chaotic for my taste. 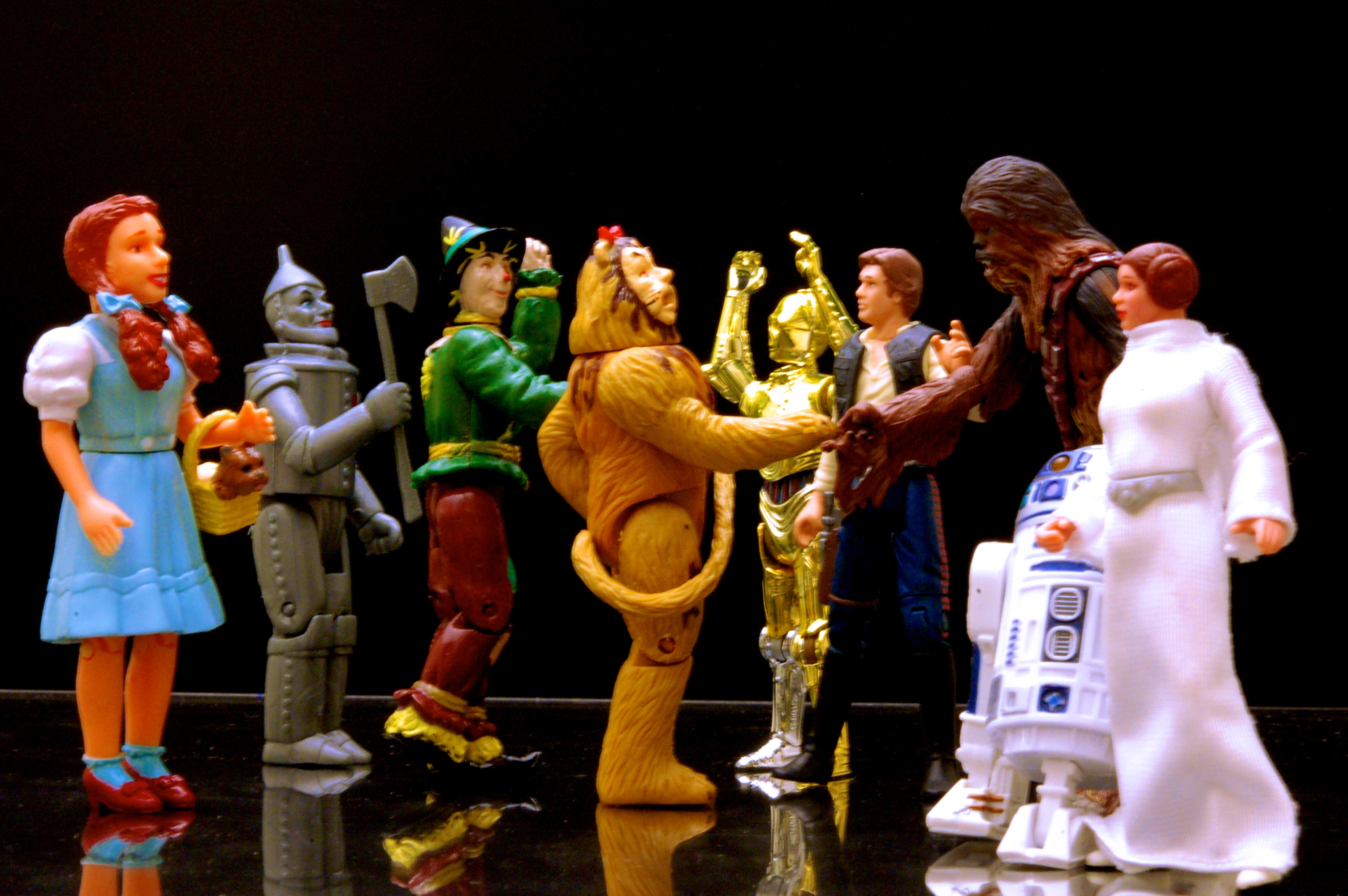 These teams have also run into each other in these places:

There's No Place Like The Death Star by JD Hancock is licensed under a Creative Commons Attribution 3.0 Unported License. Permissions beyond the scope of this license may be available.