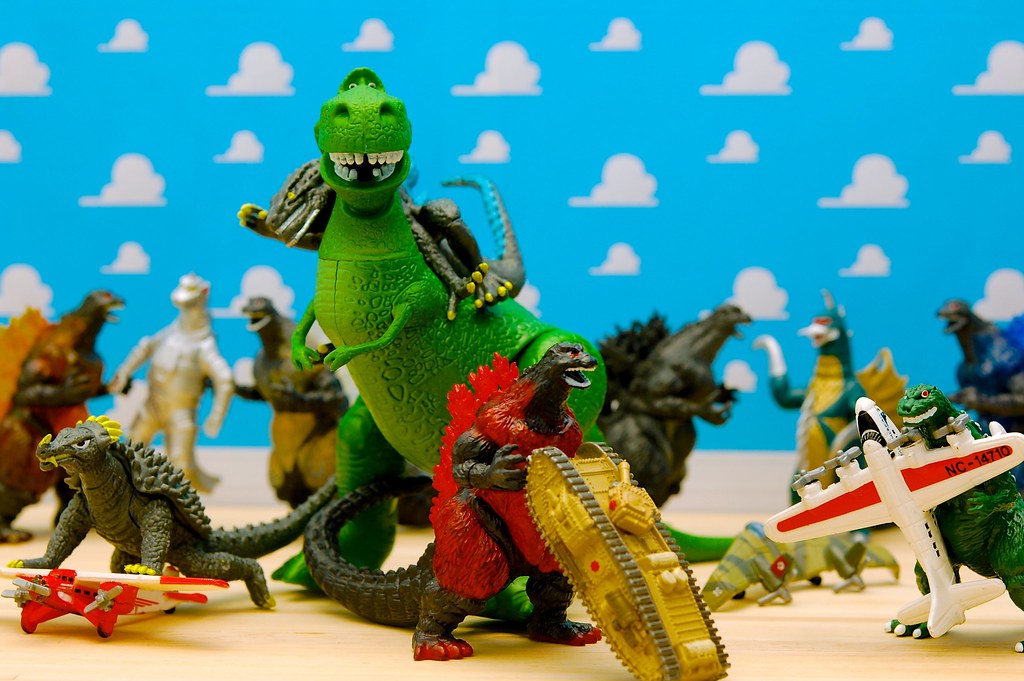 Ever since I got this Rex figure, I wanted to create a “Rex is overwhelmed by something” image, but I could never decide what the “something” should be. Then I found these little Godzilla toys, and I knew.

The setup was pretty simple. The wallpaper and wooden floor are the smae ones I’ve used in Toy Story photos before. The hardest part was deciding how to position the Godzillas in humorous ways. 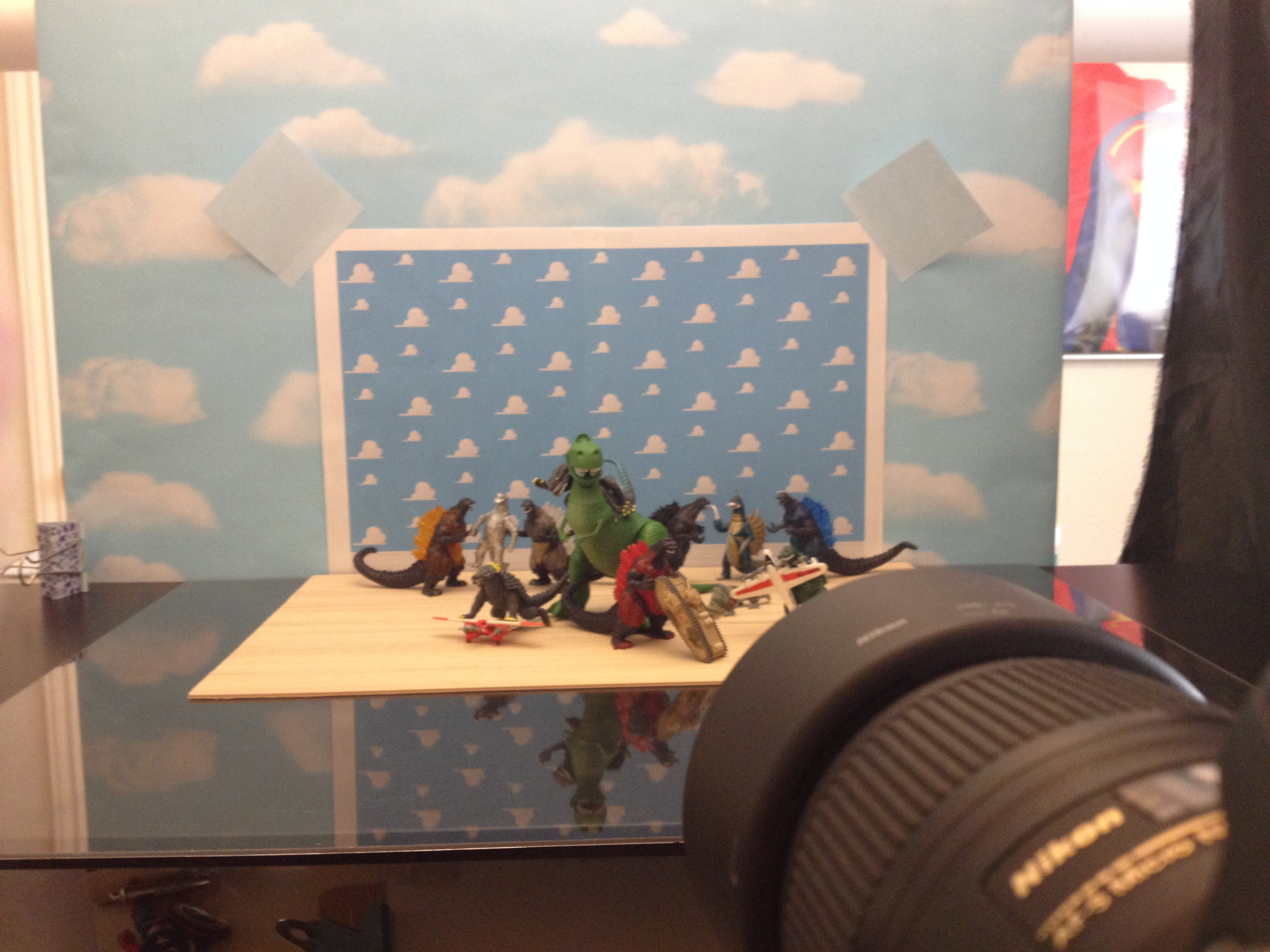 As usual, a large circular diffuser sits above the scene and softens the ambient light of the room.

At first I took some shots without the vehicles, but it felt like something was missing, so I decided to give them “toys” to be play with. The tank and airplanes are from Indiana Jones Micro Machines sets from many years ago. 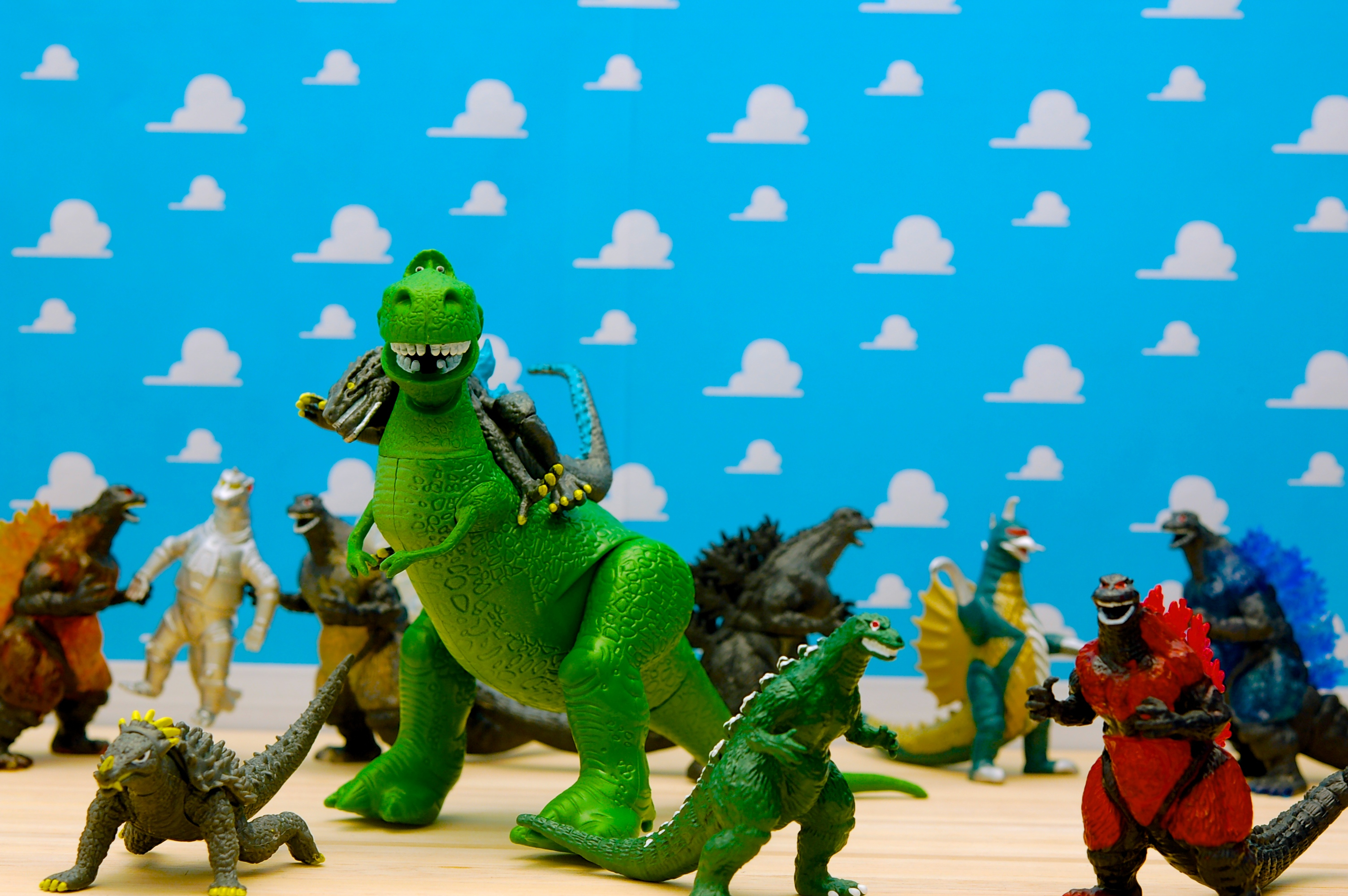 Rex and the Kidzillas have also been seen in these places:

Kidzilla Babysitting by JD Hancock is licensed under a Creative Commons Attribution 3.0 Unported License. Permissions beyond the scope of this license may be available.