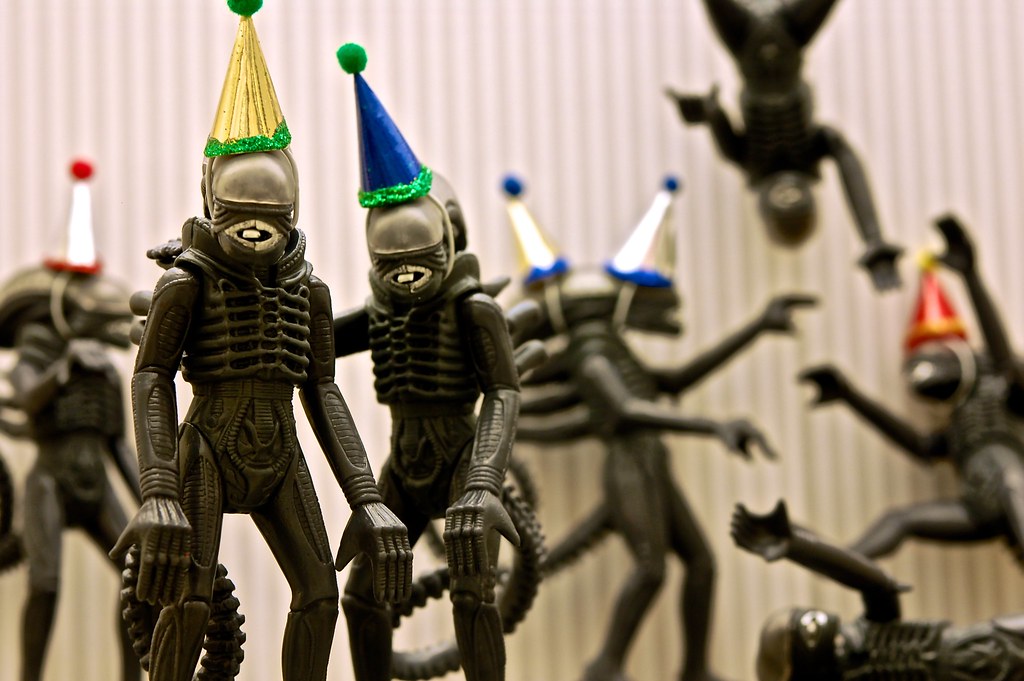 Alien Life Of The Party

This photo was inspired by the mad ravings of Chelsea Hostetter.

When the Reaction line of Alien action figures was first announced, the wheels in my head were set in motion. Of course I would have to acquire an alien action figure and photograph it, but what would I have it do? I had several ideas I was playing with when my friend Chelsea Hostetter said, “Party hats!”

And there it was. How could I not do “party hats?”

The setup for the aliens themselves was rather simple. They are arranged in front of a couple of sheets of scrapbooking paper that I hoped would resemble a cheap hotel room. Three of the aliens are planted onto G.I.Joe figure stands to keep them upright. 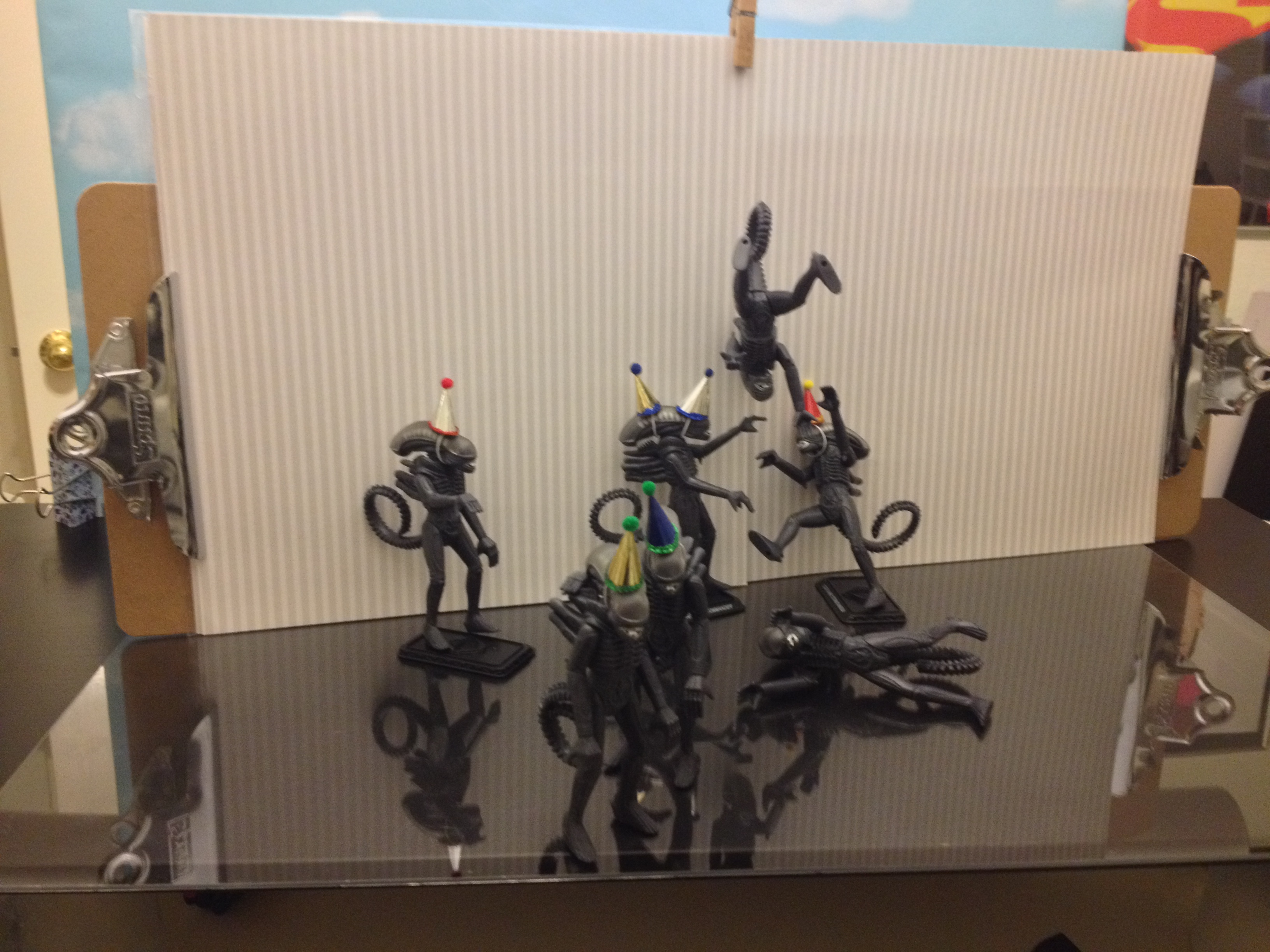 The party is taking place on a piece of clear acrylic left over from a previous photo. The acrylic rests on an elevated black shelf I often use. Above the scene is a large circular diffuser that softens the ambient light in the room.

The party hats were much more difficult to set up. My daughter and I actually made them out of large wrapping bows, glitter glue, pom poms, fine glitter, white glue, and clear tape. 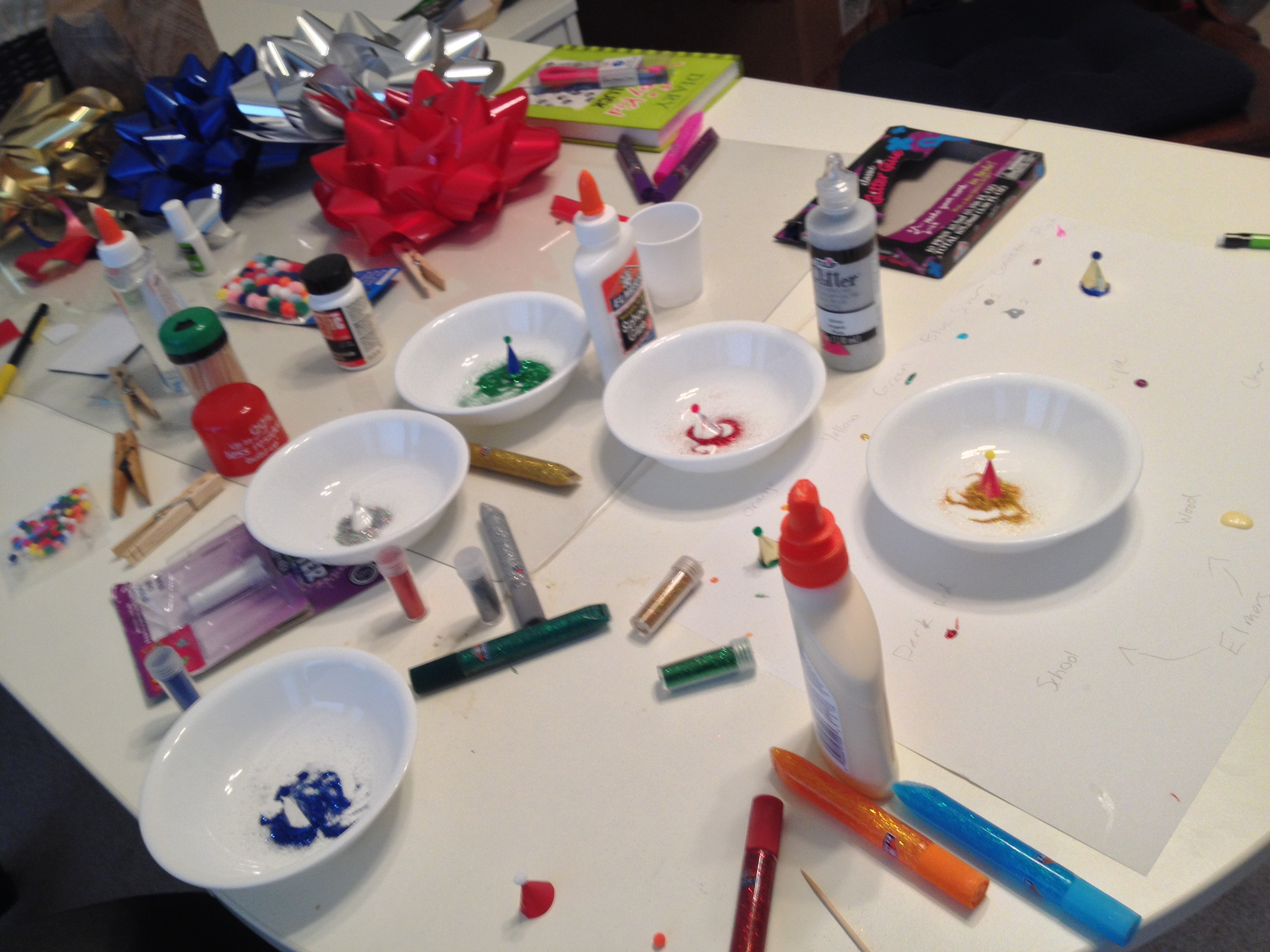 A piece of white wire is wrapped around the aliens’ heads and then twisted at the top. Then the hat is dropped onto the twist of the wire. 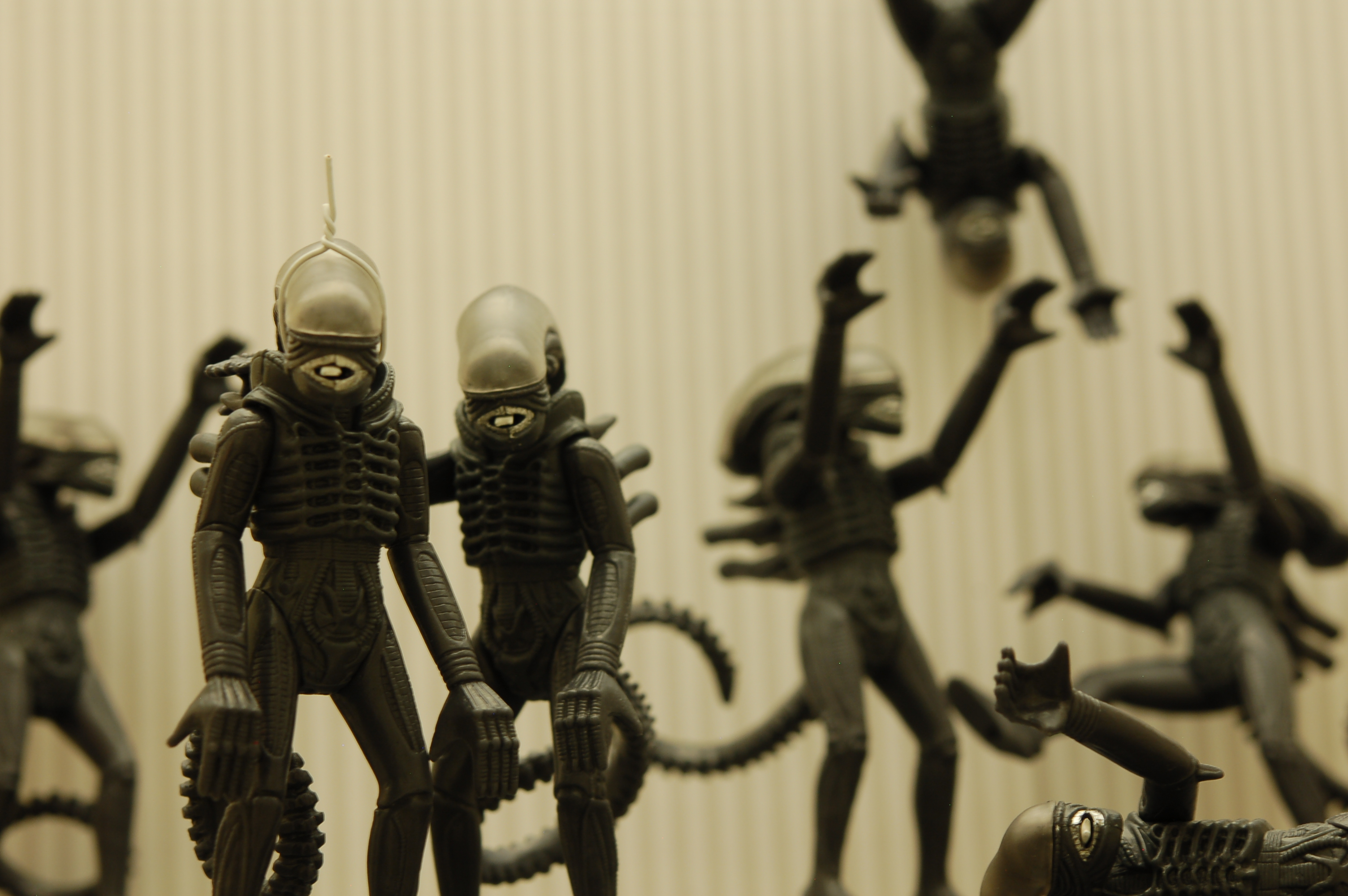 Most of the alternate photos were just arranging and rearranging the aliens, hoping that I wouldn’t knock them over or bump their hats off. 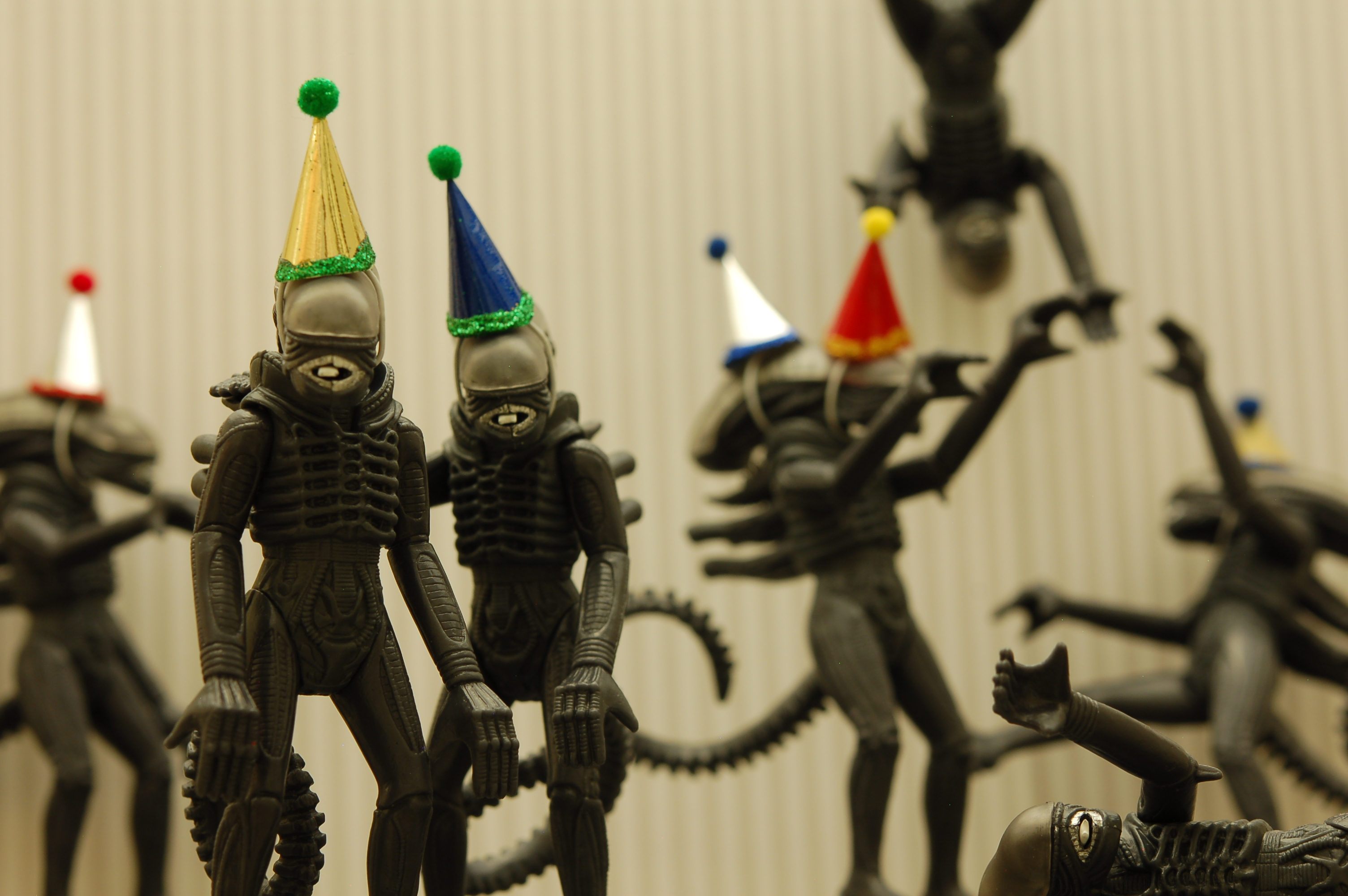 The fun-loving aliens have also been spotted partying in these places:

Alien Life Of The Party by JD Hancock is licensed under a Creative Commons Attribution 3.0 Unported License. Permissions beyond the scope of this license may be available.