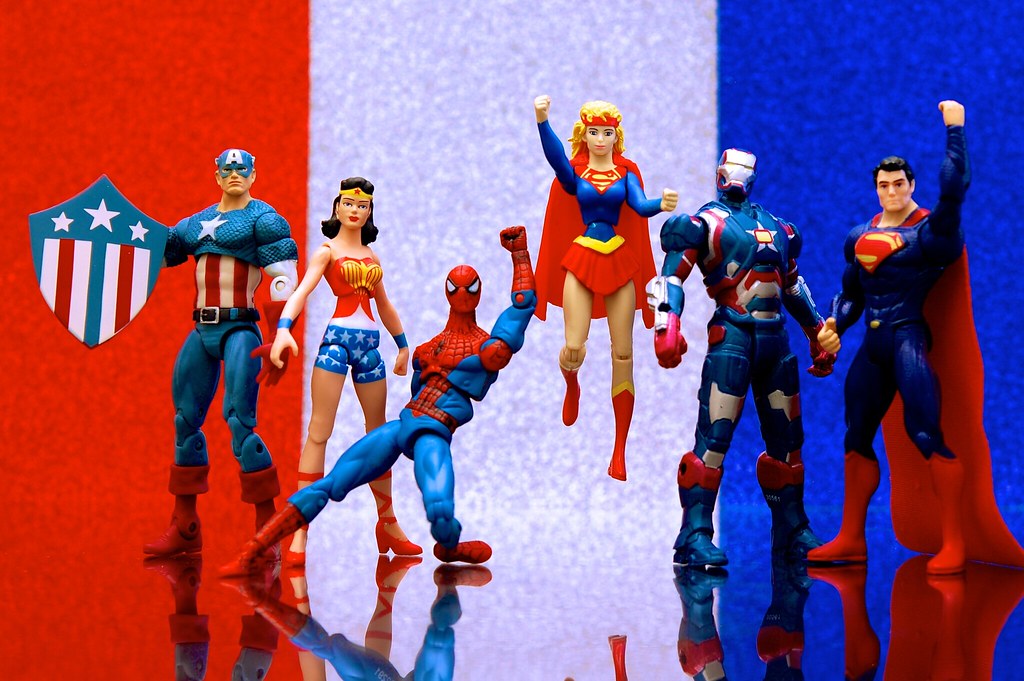 I hope everyone has a super day!

The colors of Independence Day in the United States are shared by many of the classic superheroes, in many cases not accidentally.

The setup for this colorful crew was moderately simple. Getting Spider-Man into an “interesting” pose and hovering Supergirl were the trickiest parts. 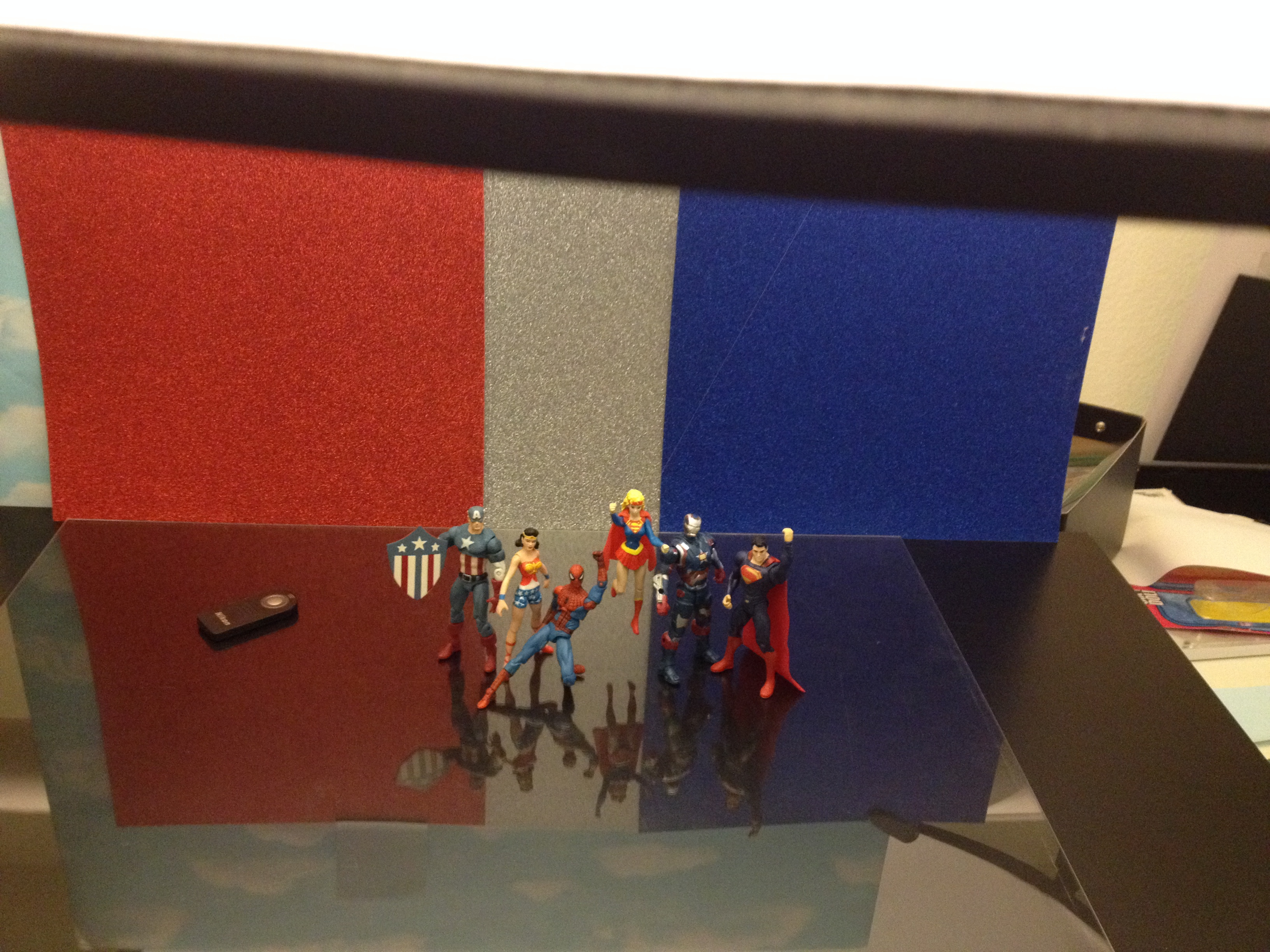 The backdrop is three sheets of twelve-inch square glitter paper: red, white, and blue. The heroes are standing on a sheet of clear acrylic which is resting on an elevated black shelf that I often use as a base.

Above the scene is a large circular diffuser that softens the ambient light in the room. Supergirl is suspended by invisible thread which is attached to a piece of wire that runs across the diffuser above the scene.

I tried many variations of figures and poses until I found the one I liked best. Here is an untouched alternate that is close to the final poses. You can see the invisible thread lifting Supergirl into the air. 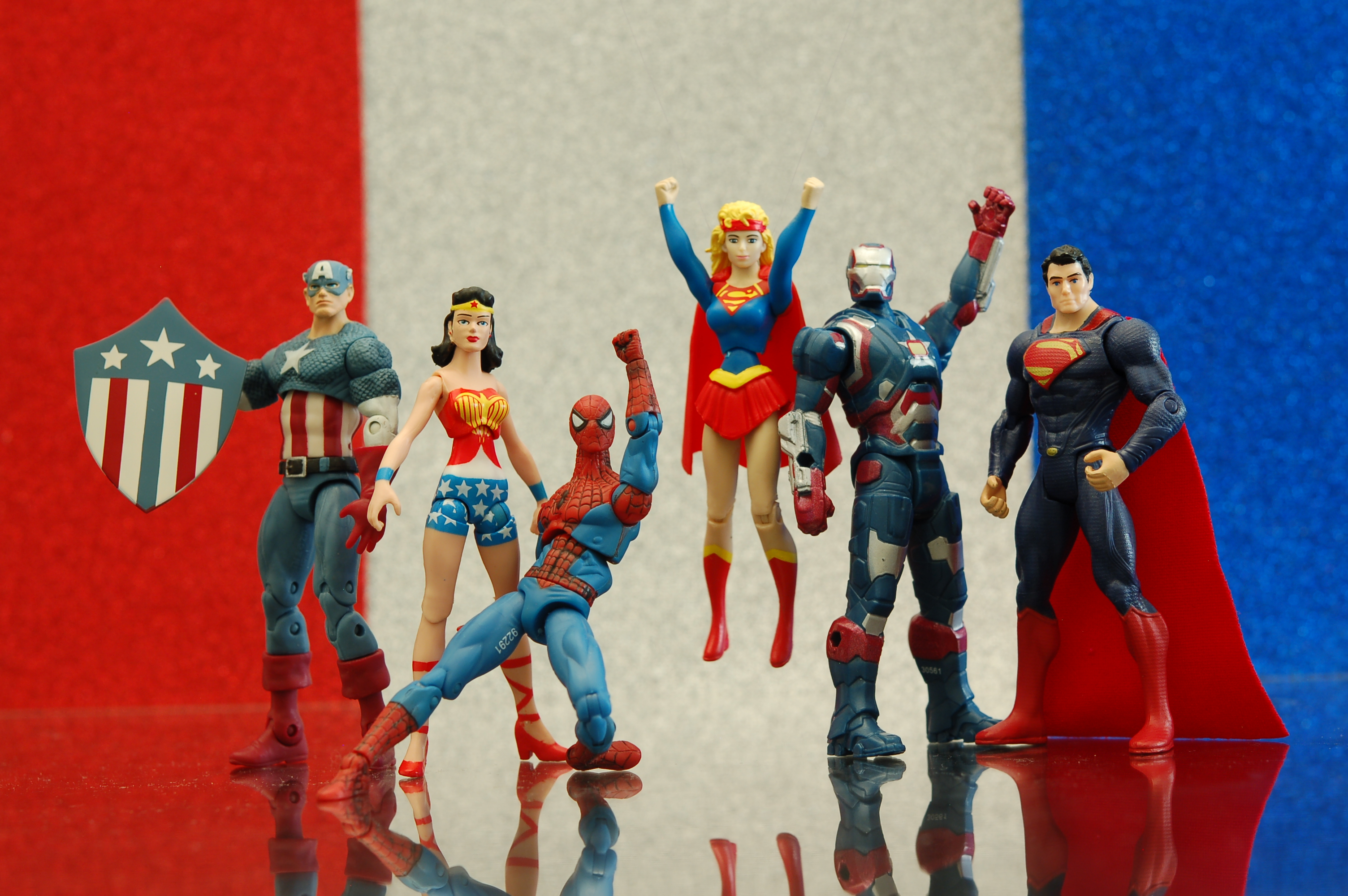 This line-up of red, white, and blue heroes has also been seen here:

Iron Patriot is a superhero in comic books published by Marvel Comics. The first Iron Patriot was seen in Dark Avengers #1 (2009). The concept was created by writer Brian Michael Bendis. The industrialist and villain Norman Osborn conceived the Iron Patriot armor as a visual amalgam of Iron Man and Captain America. The battle suit was later used by James "Rhodey" Rhodes, an associate of Iron Man also known as "War Machine." The armor is a version of Iron Man’s armor painted red, white, and blue and gives its wearer super-strength, heightened durability, the ability to fly, and various weapons. Iron Patriot was portrayed in the film Iron Man 3 (2013) by Don Cheadle.

Happy Fourth of July 2014! by JD Hancock is licensed under a Creative Commons Attribution 3.0 Unported License. Permissions beyond the scope of this license may be available.