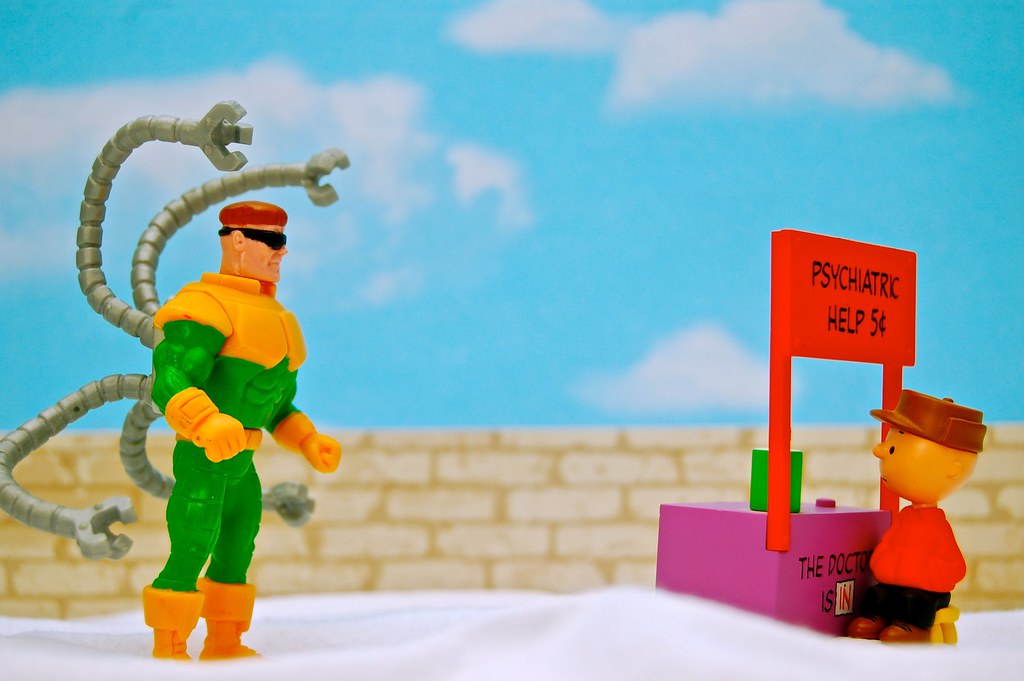 Having had no luck with Lucy van Pelt, Charlie Brown searches for a new counselor … and meets Doctor Octopus.

See the complete The Doctor Is In series.

This photo is the sixth one of my The Doctor Is In series. I love putting Charlie Brown in weird situations.

The setup for this photo was pretty straight-forward, especially since I’ve taken several similar photos. 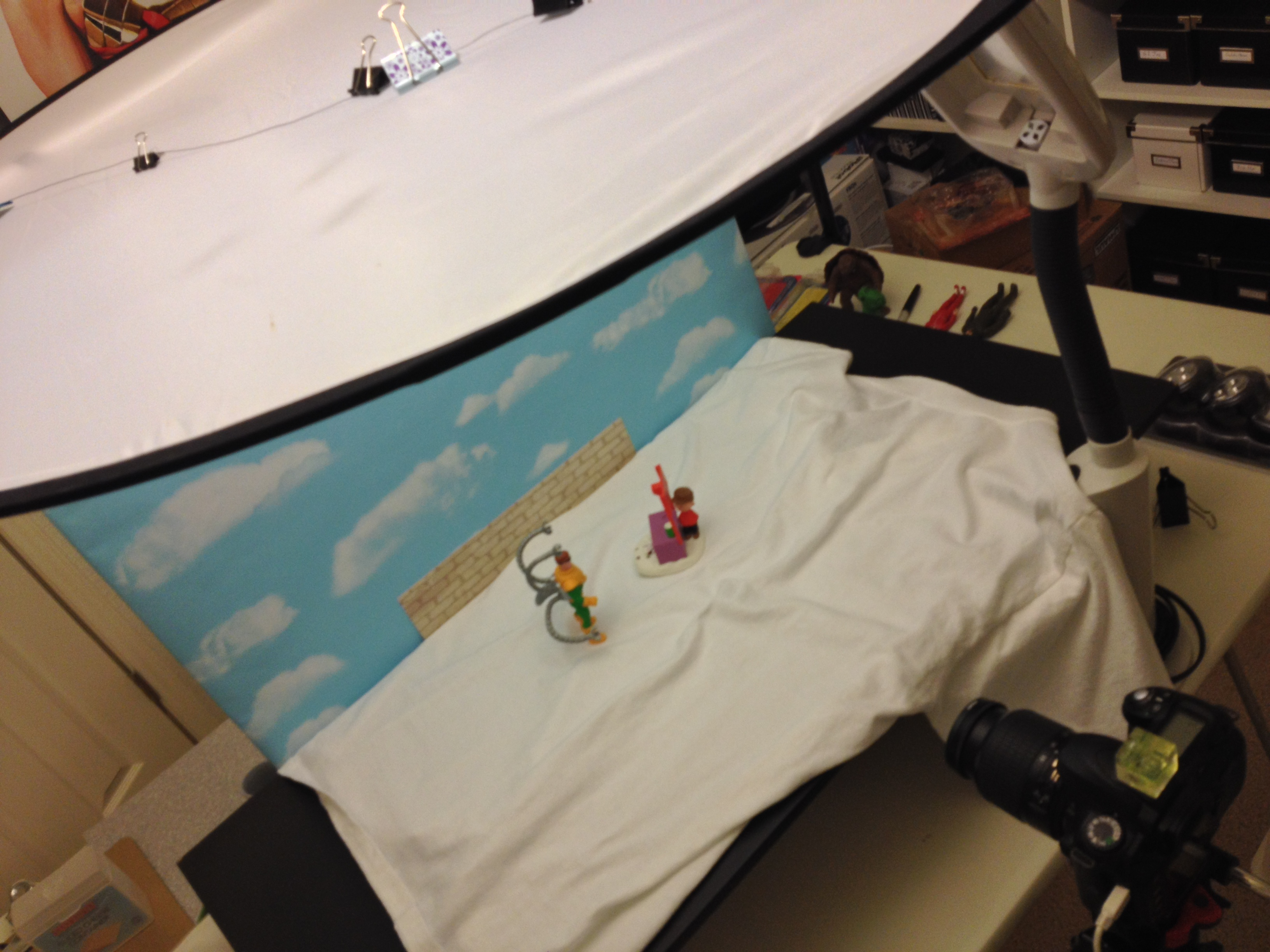 The backdrop is a sheet of foam core wrapped with wrapping paper that shows clouds on a blue sky. A white shirt is draped over the elevated black shelf that I often use for tabletop photography. Above the scene is a large circular diffuser that softens the ambient light in the room.

The Doctor Octopus figure is a McDonald’s Happy Meal toy that I picked up on eBay. For what it is, the figure is not a bad little toy. His mechanical arms can be moved in a limited fashion.

Of course Charlie Brown is part of a 2010 Hallmark Christmas ornament with Lucy van Pelt removed. 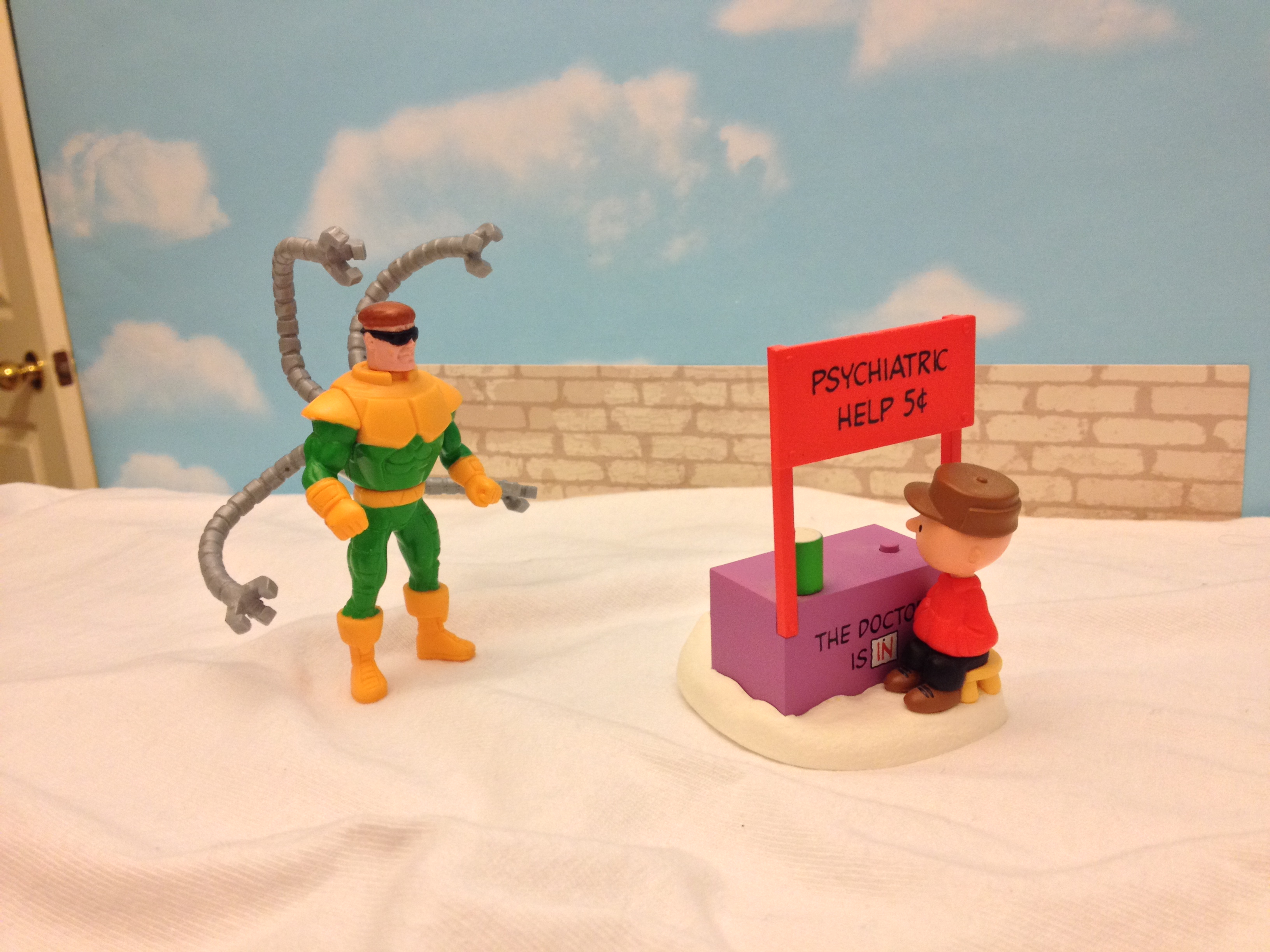 The figures are positioned opposite each other. I put wrinkles in the shirt to give the “snow” some texture and to cover the holes in the base of the ornament where Lucy should be standing.

The “brick wall” is the top of a 12x12 inch sheet of scrapbooking paper. The rest of the paper is curled under the elevated black shelf.

I had originally thought it might be fun to have Doctor Octopus be more menacing toward Charlie Brown, but I like the two of them staring somewhat awkwardly at each other better. 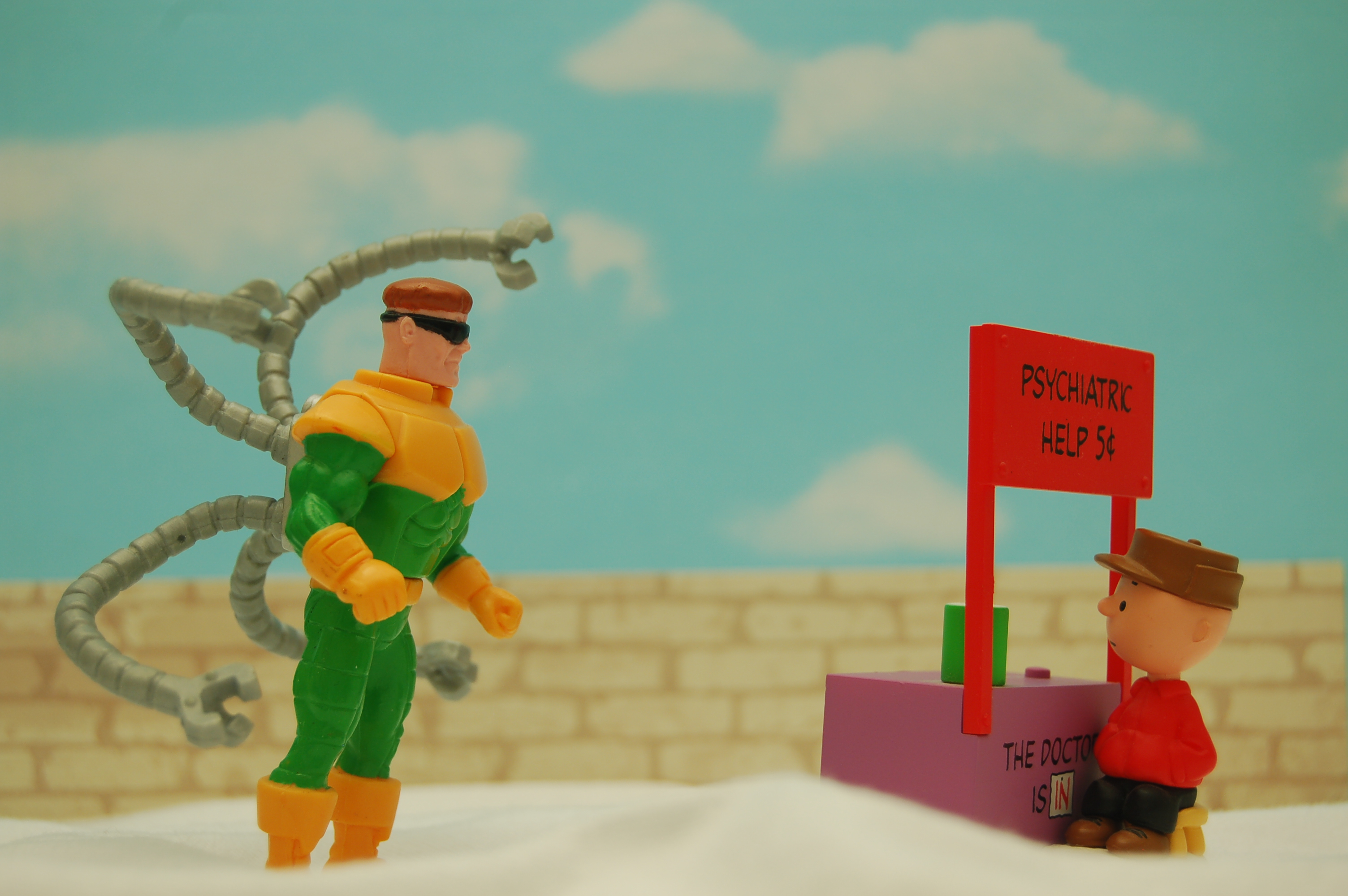 Army Doctor by JD Hancock is licensed under a Creative Commons Attribution 3.0 Unported License. Permissions beyond the scope of this license may be available.