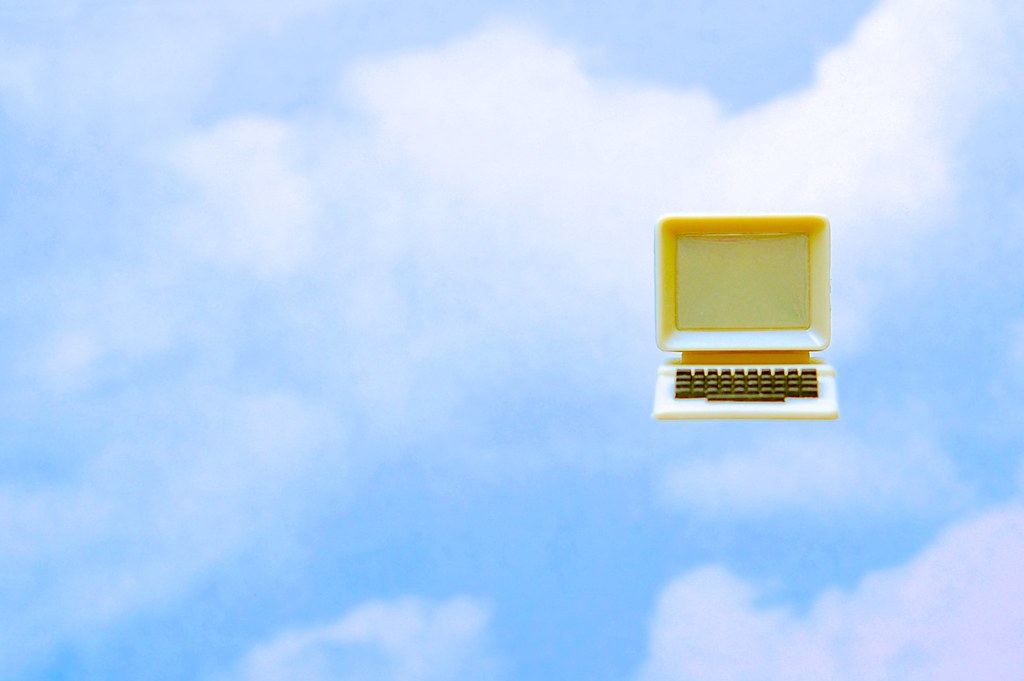 That is some high tech right there.

This photo was an experiment in getting a somewhat light toy to hang suspended.

The setup for this photo was straight-forward, mostly because I re-used some of the setup of my Fight Or Flight? photo. 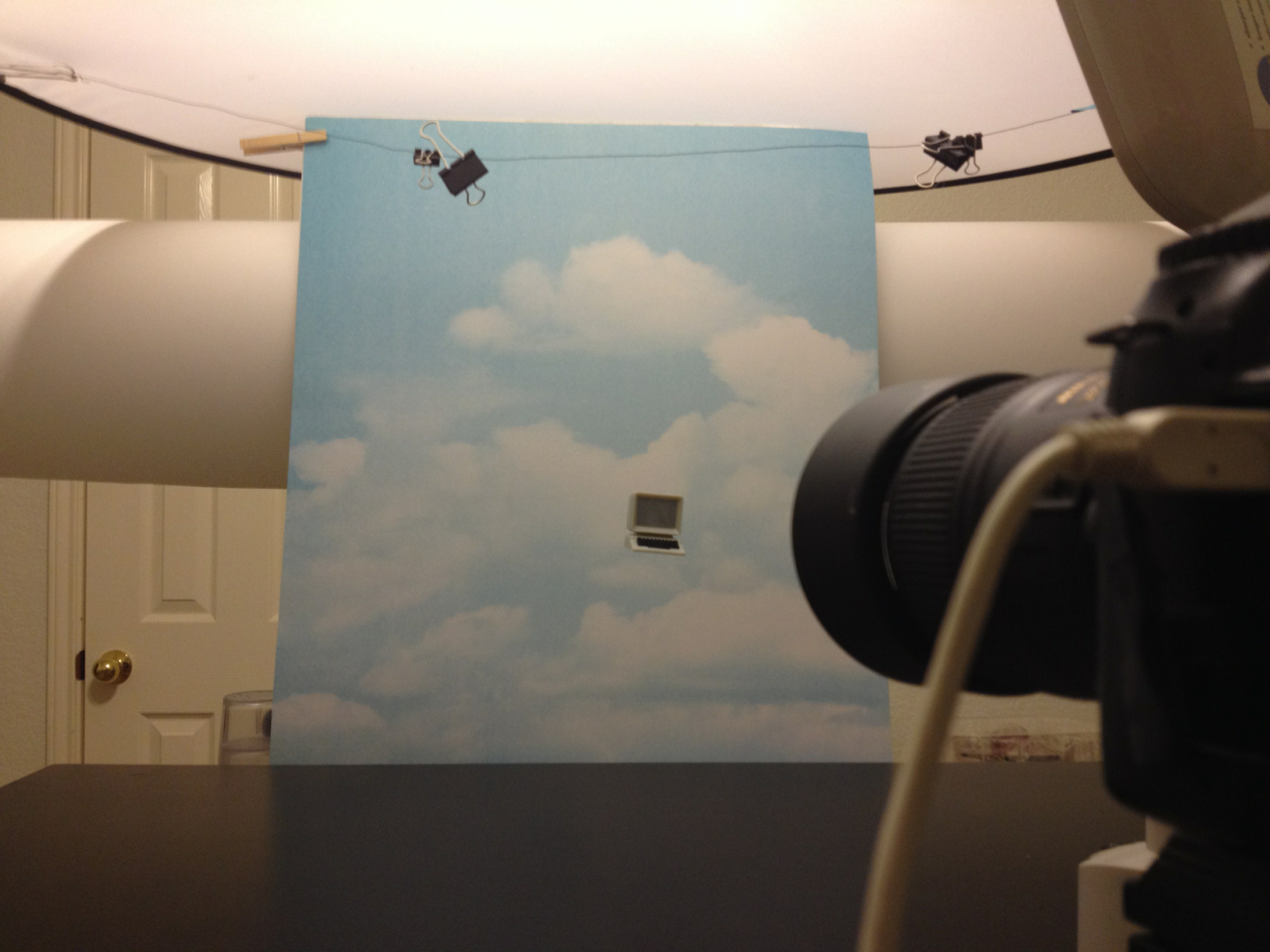 The backdrop is a poster with sky and clouds printed on it.

This computer has also been spotted floating over these places:

Cloud Computing by JD Hancock is licensed under a Creative Commons Attribution 3.0 Unported License. Permissions beyond the scope of this license may be available.