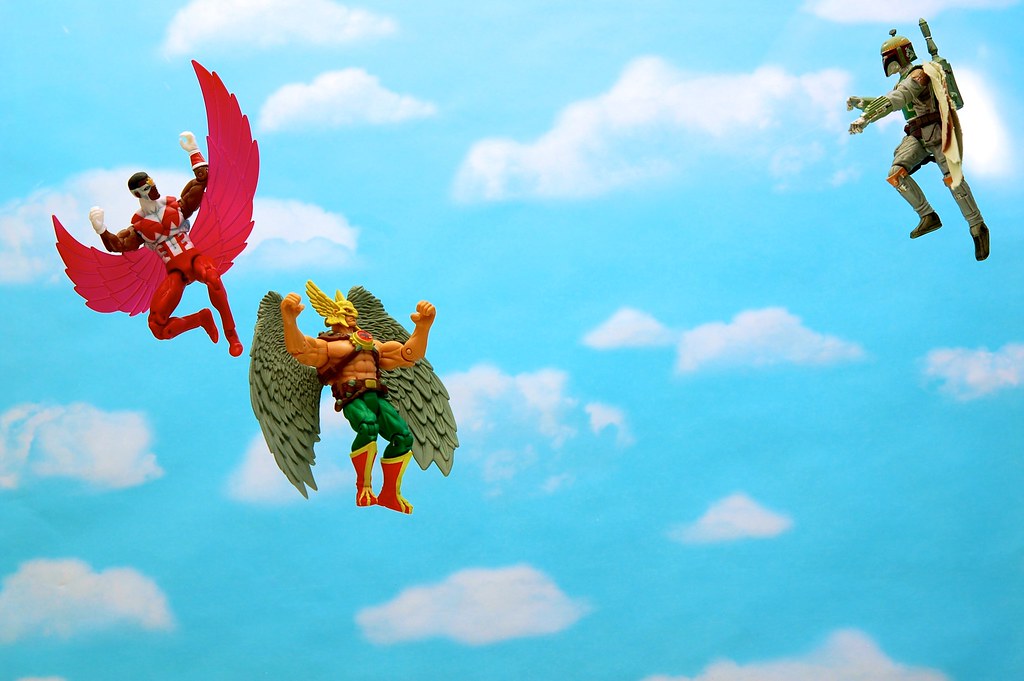 Falcon and Hawkman are in an aerial confrontation with Boba Fett.

This photo was actually just an experiment in putting flying characters against a cloudy sky.

My daughter deserves special thanks for giving me the idea of using a burst of light to simulate a blast from Boba Fett’s jet pack.

This photo was an experiment in posing figures in flight.

The setup for this photo was quite time-consuming, mostly because the figures kept falling “out of the sky” as I tried to pose them. 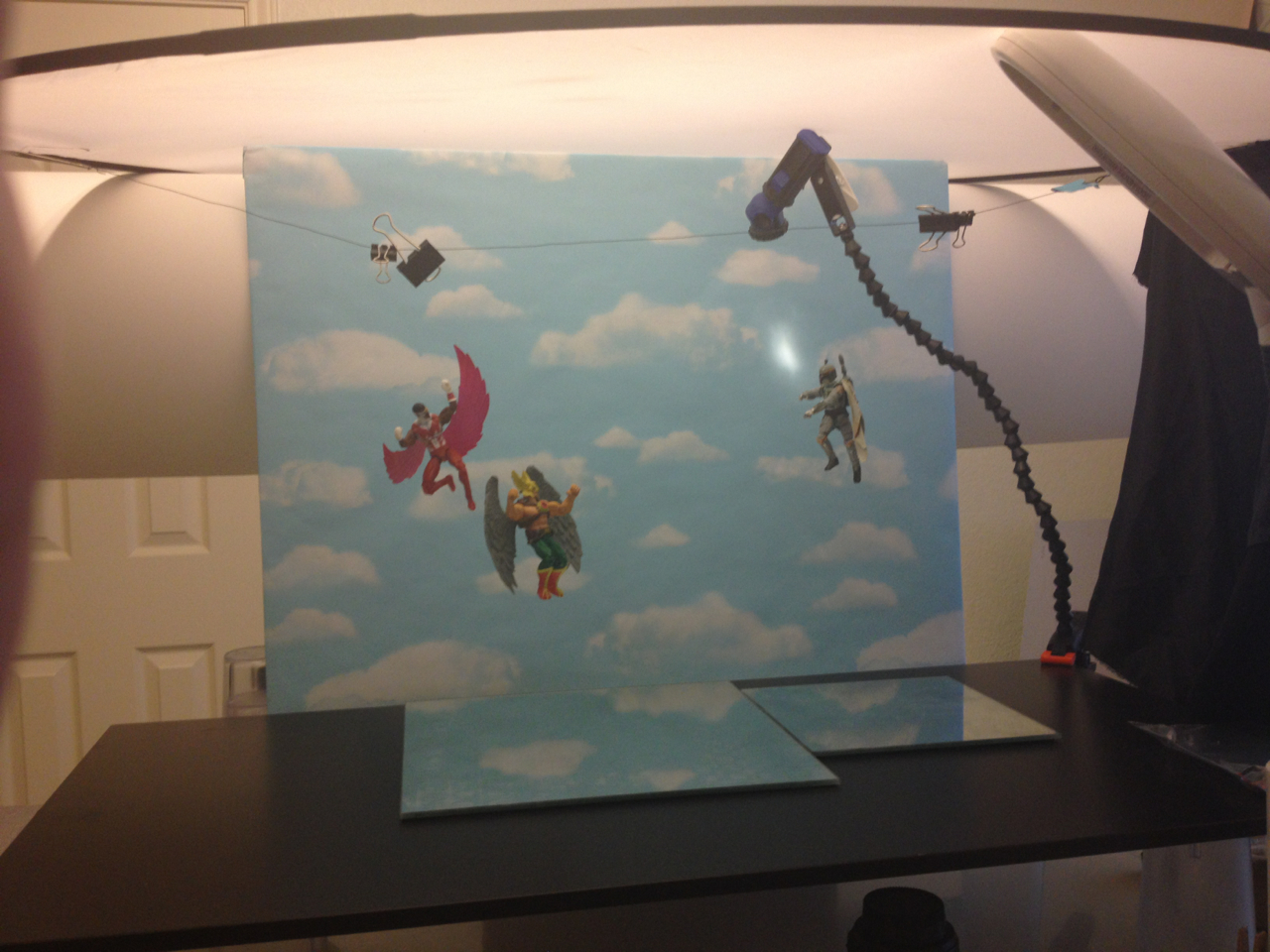 The backdrop is a large sheet of foamcore wrapped with gift wrapping paper featuring clouds on a blue sky.

Above the scene is a large circular diffuser that softens the ambient light in the room. Attached to the diffuser is a wire that stretches from one side to the other. Hanging from the wire is a single strand of invisible thread. It is this thread that each of the three figures is hung.

Below the scene are a couple of mirrors reflecting light back onto the figures.

My daughter gave me the idea of suspending a flashlight above Boba Fett shining a light on the paper behind him, suggesting a blast from his jet pack.

Originally, Boba Fett’s jet pack had no “blast” coming out of it. 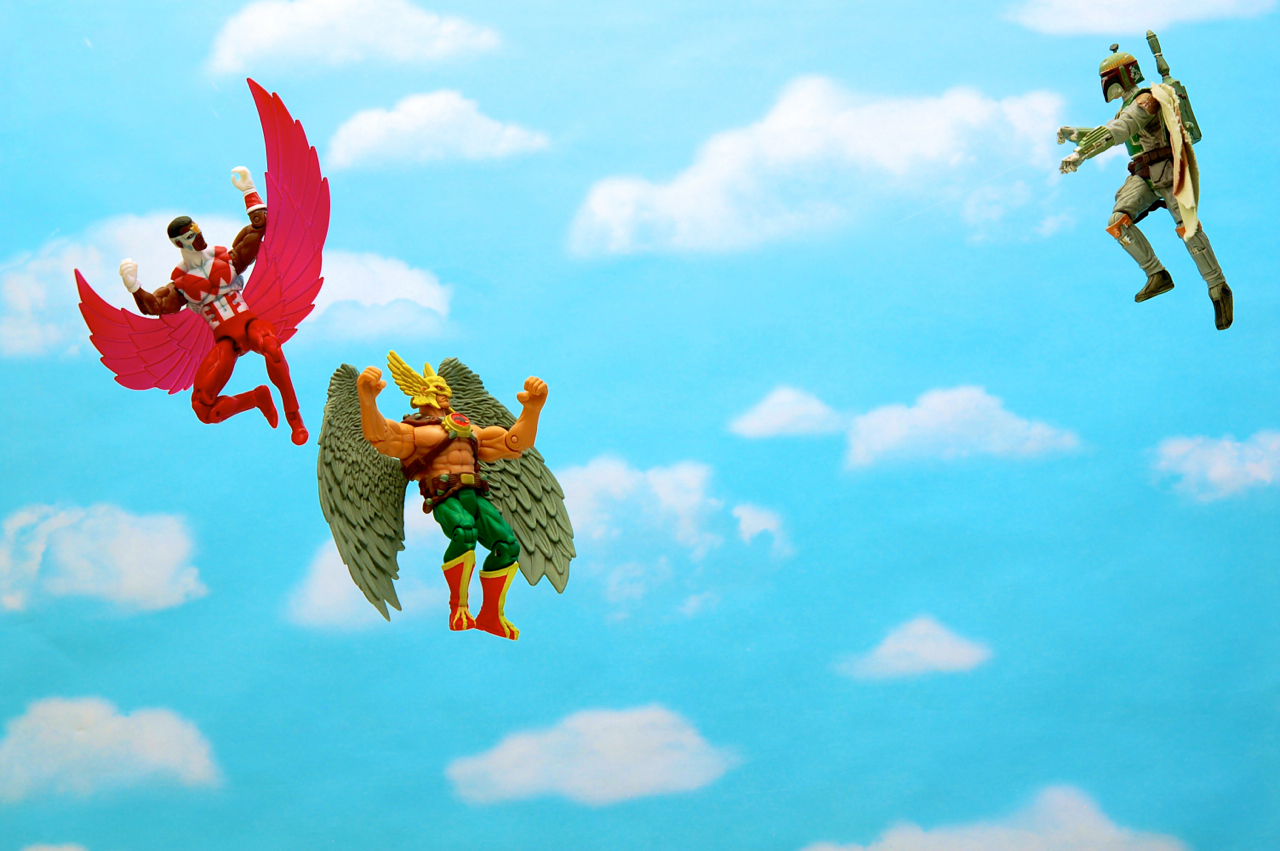 Fight Or Flight? by JD Hancock is licensed under a Creative Commons Attribution 3.0 Unported License. Permissions beyond the scope of this license may be available.