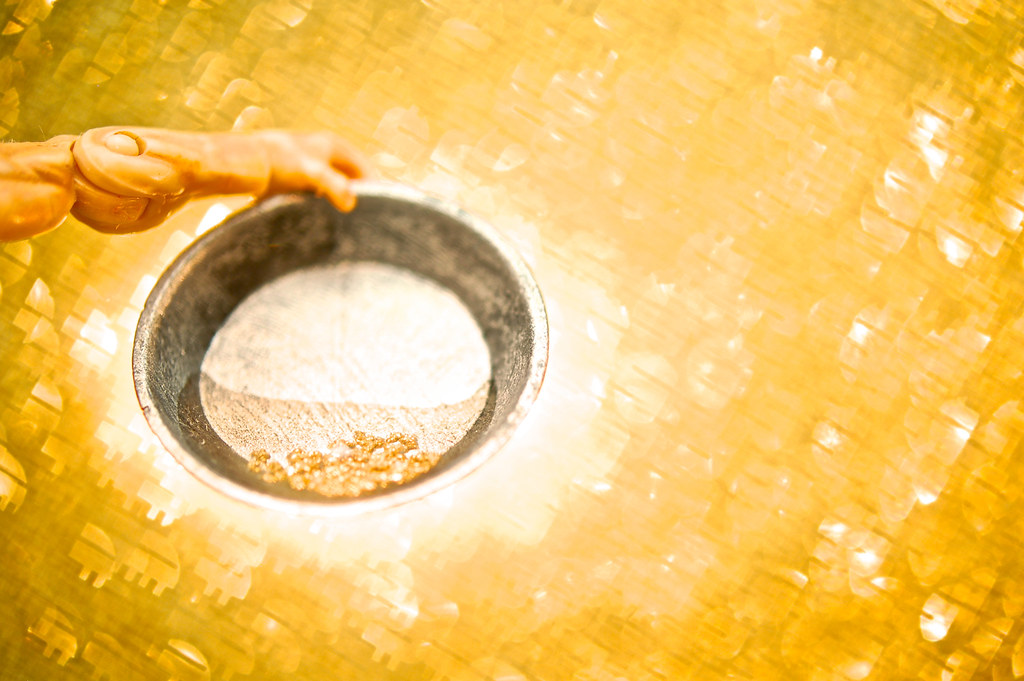 Close-up of a 1:12 scale pan with gold. The pan is one inch in diameter.

Photo submitted to the Flickr group Macro Mondays for the "Yellow" theme.

This photo was another bokeh experiment. The friendly people at www.horaczko.com were nice enough to send me some of their bokeh filters to play with. If you look closely, you can see the bokeh is in the shape of stylized dollar signs.

This photo was inspired by the “Yellow” theme of the Flickr group Macro Mondays.

The setup for this photo was interesting. 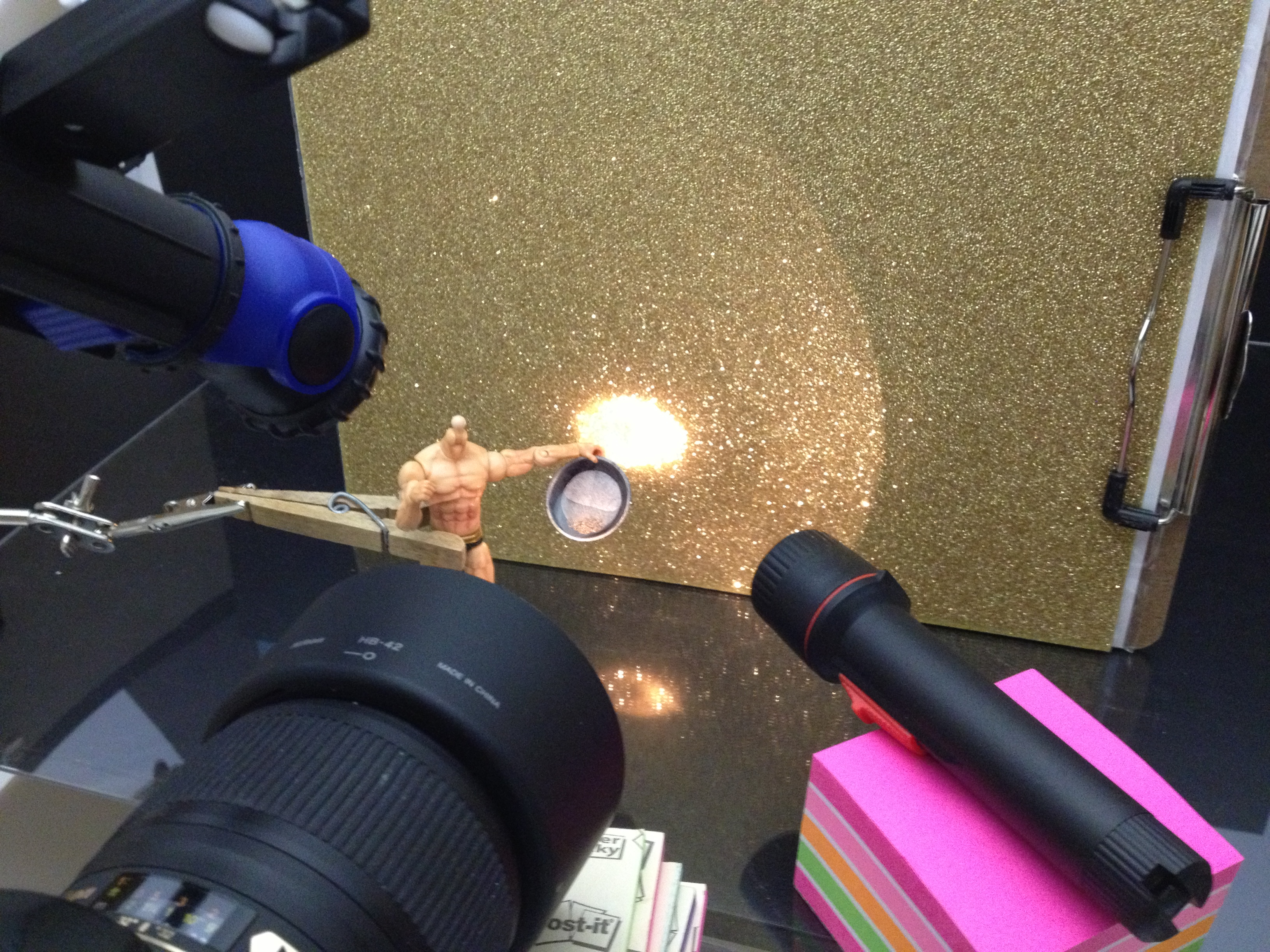 The backdrop is a 12x12 inch sheet of gold glitter paper designed for scrapbooking. In front of this backdrop I positioned a 3 3/4 inch (headless) action figure holding the pan of gold. He is held in place with a clothespin, which is held in place by “third hand” alligator clip mounted on a weighted base (and not visible in the setup photo).

Above the scene (and not pictured here) is a large circular diffuser, diffusing the ambient light in the room.

Also not visible in the photo is the bokeh filter used in this photo. The bokeh filter is mounted onto the front of my macro lens. It is in the shape of a stylized dollar sign.

Initially I thought I would center the pan, but I ultimately decided I liked it off-center. 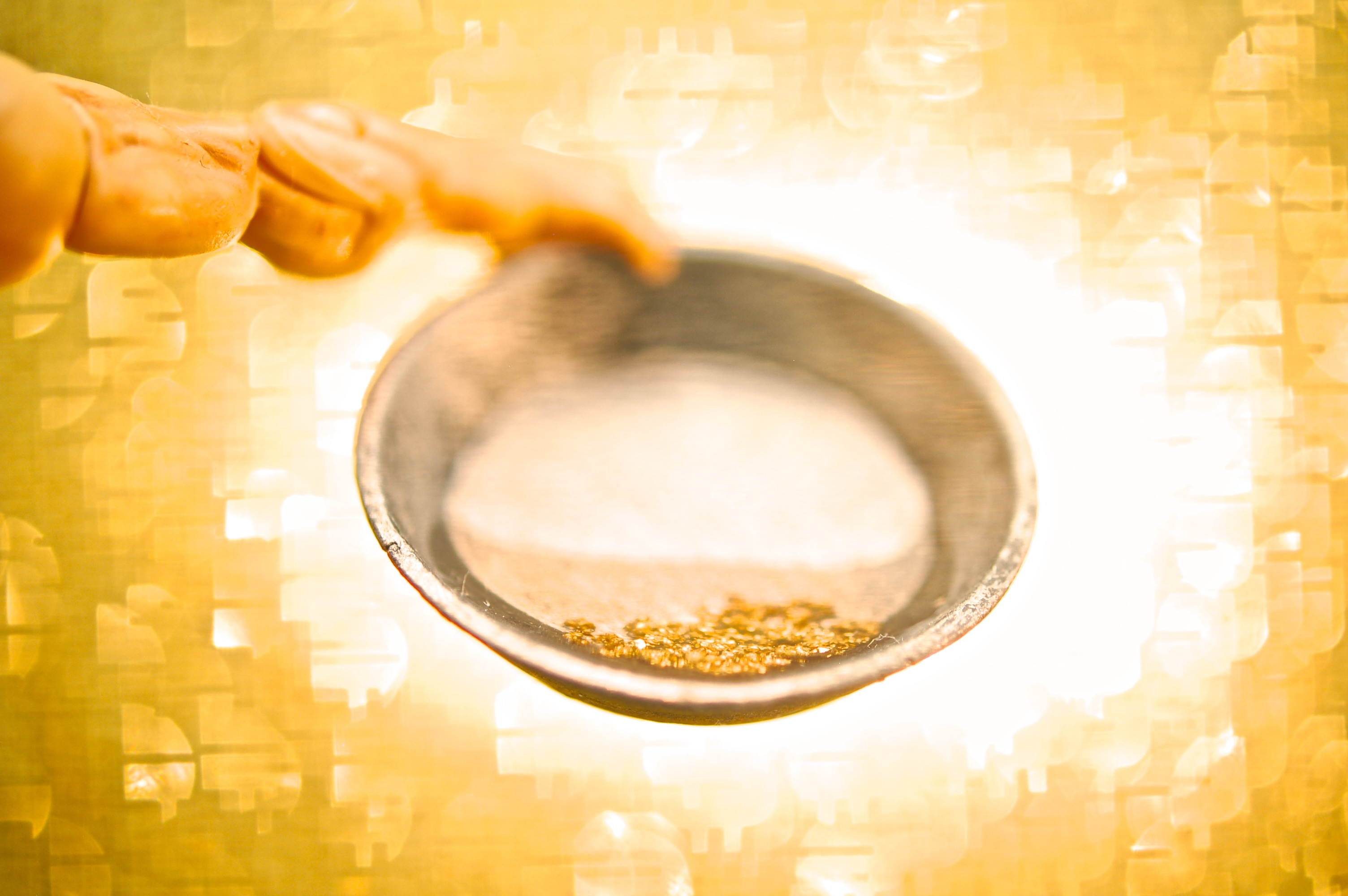 Panning Out by JD Hancock is licensed under a Creative Commons Attribution 3.0 Unported License. Permissions beyond the scope of this license may be available.