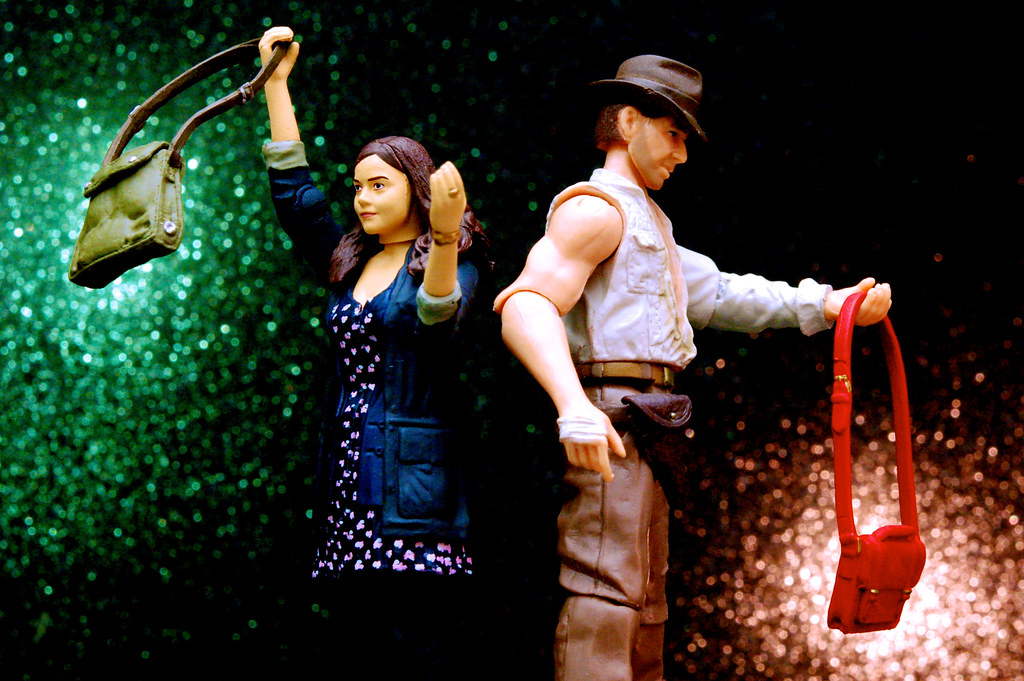 Oops! It looks like Clara and Indy had a baggage mix-up at the airport.

Photo submitted to the Flickr group Macro Mondays for the "Bag" theme.

This photo was inspired by the “Bag” theme of the Flickr group Macro Mondays. It was the first photo in which I used a 3 3/4 inch Doctor Who figure. 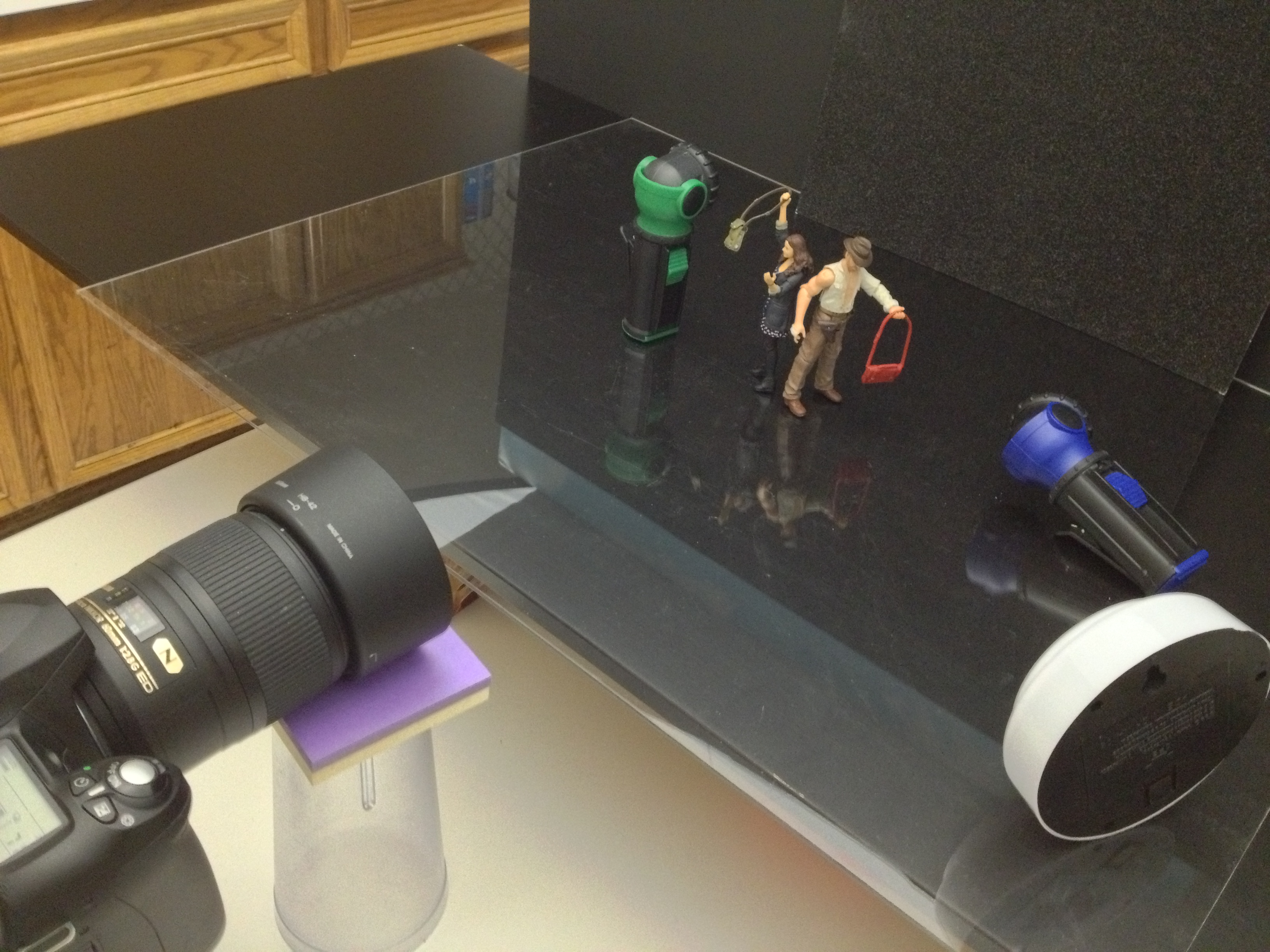 As is nearly always the case, a large circular diffuser (not shown in the setup photo) is positioned above the whole scene, diffusing the ambient light of the room.

Initially I thought I would try to take this photo without any bokeh effect in the background, but the lure of the bokeh was too great, and I added it in. 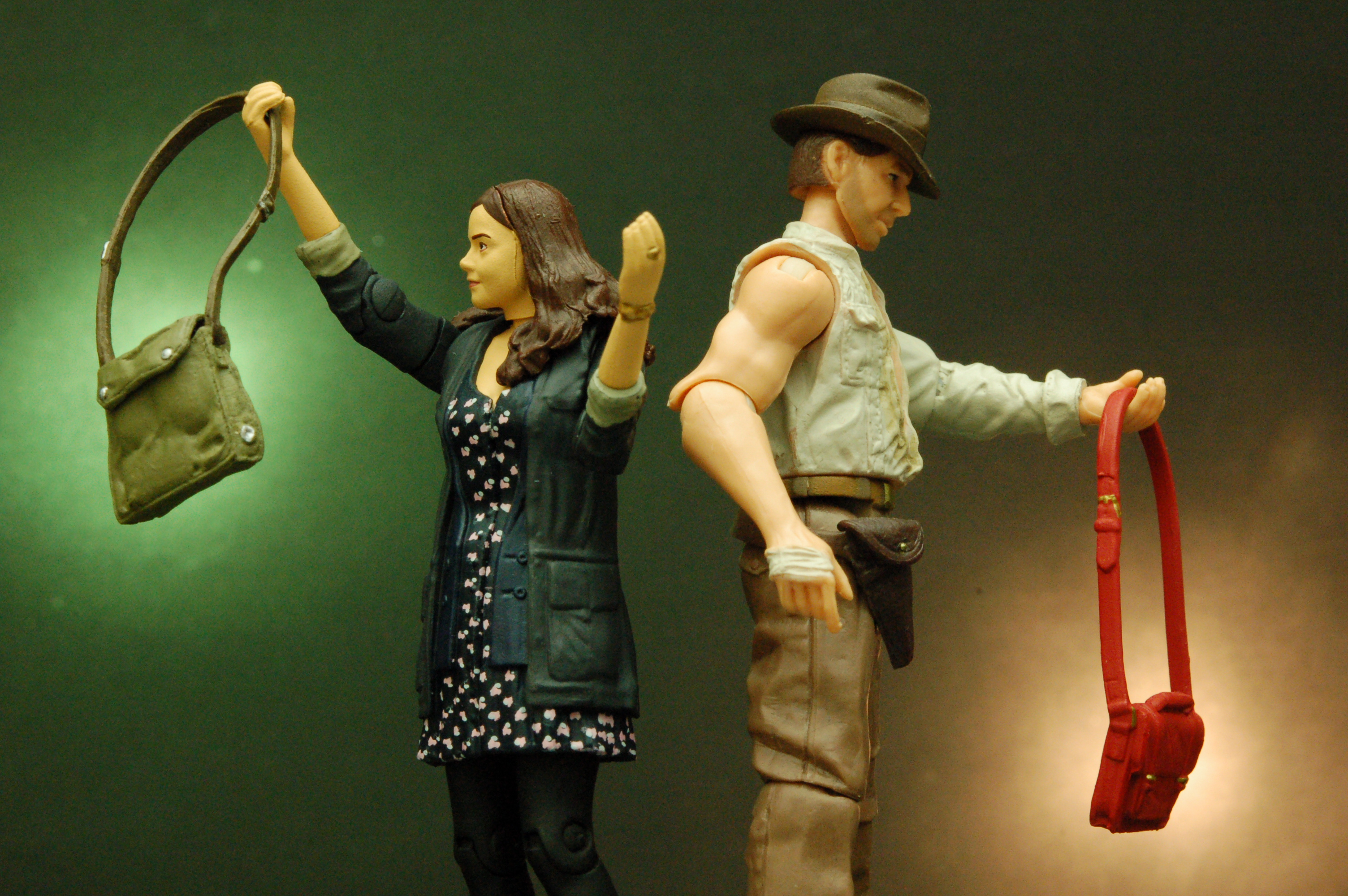 Clara Oswald and Indiana Jones have also been seen together here:

Mixed Bags by JD Hancock is licensed under a Creative Commons Attribution 3.0 Unported License. Permissions beyond the scope of this license may be available.