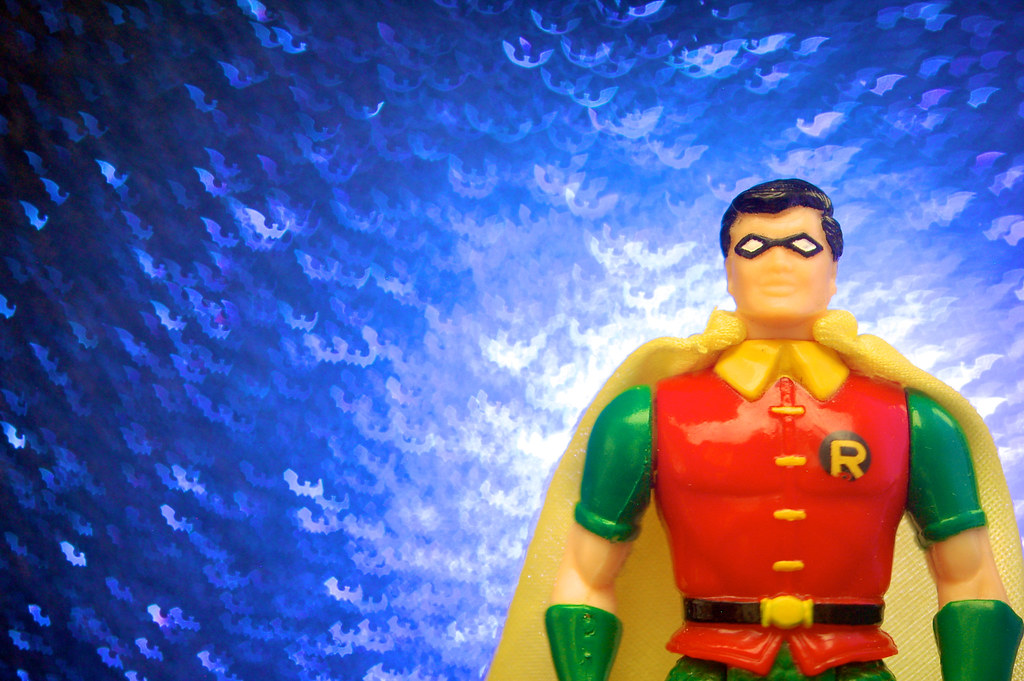 I love this classic Robin action figure. It was initially produced in the mid-1980s, but I believe I acquired this one in 1989, around the time of the first Tim Burton Batman film.

This photo was another bokeh experiment. The friendly people at www.horaczko.com were nice enough to send me some of their bokeh filters to play with. I thought the bat filter would be fun with Robin.

The setup for this photo was a bit challenging. 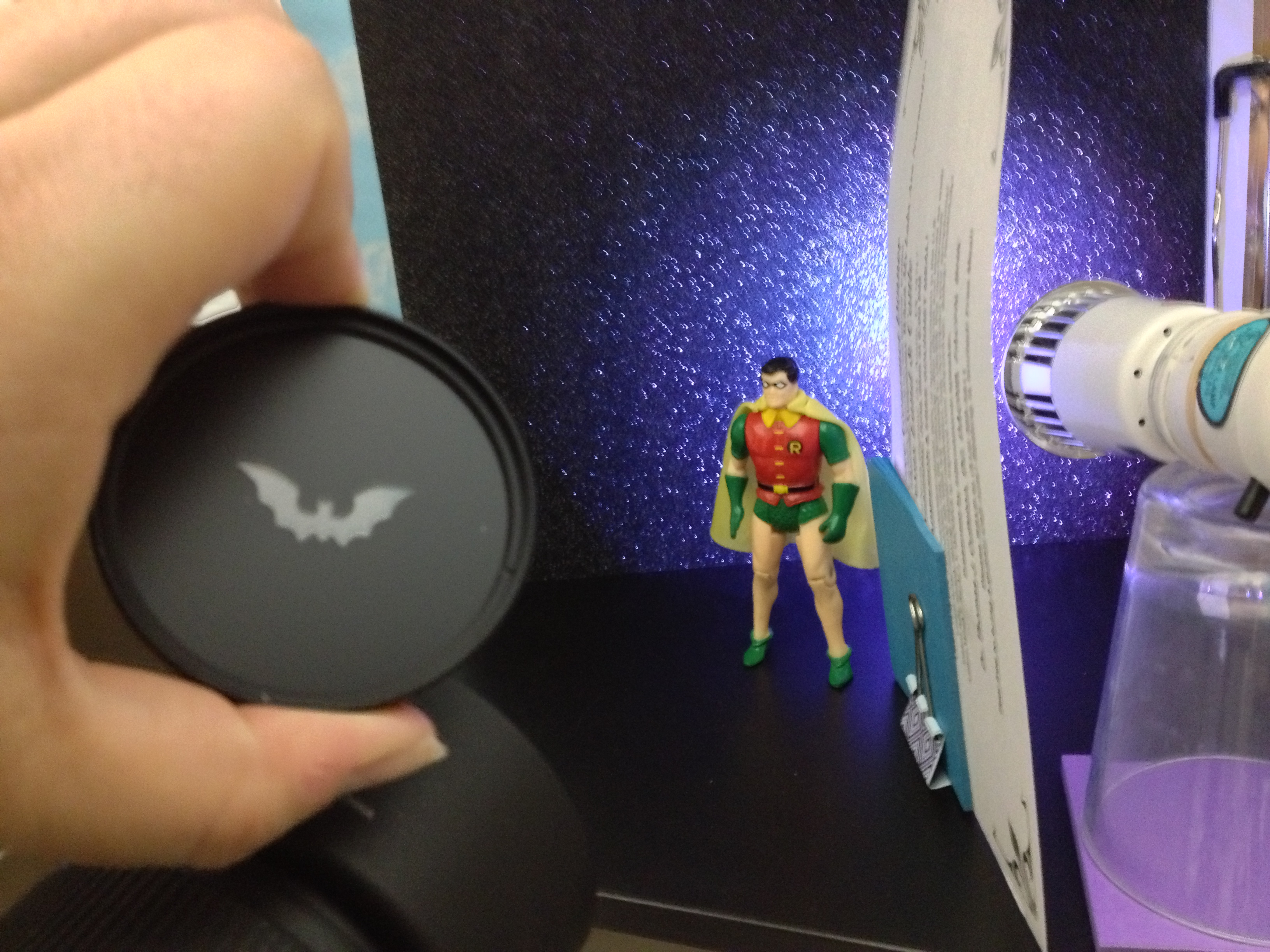 The backdrop is a 12x12 inch square sheet of black glitter paper, designed for use in scrapbooking. Shining upon it is an LED bulb capable of producing a variety of colors. For this photo I chose a deep blue. The bulb rests on a clear plastic cup which is slightly elevated by a pad of sticky notes.

Robin is standing on an old black shelf that I normally use for tabletop photography. Between him and the bulb is a piece of paper held upright by a binder clip which acts as a partition and keeps the blue light from shining directly onto the figure.

And of course I have mounted onto the front of my macro lens a bokeh filter, in this case one shaped like a bat.

Above the scene (and not shown in the setup photo) is the large circular diffuser that I often use for tabletop photography. The room’s ambient light and the LED bulb are the only light sources for this photo.

I had originally put more of the figure into the frame, but the bokeh filter caused some distortion around his head, so I moved him a little further away from the camera, reducing his relative height. 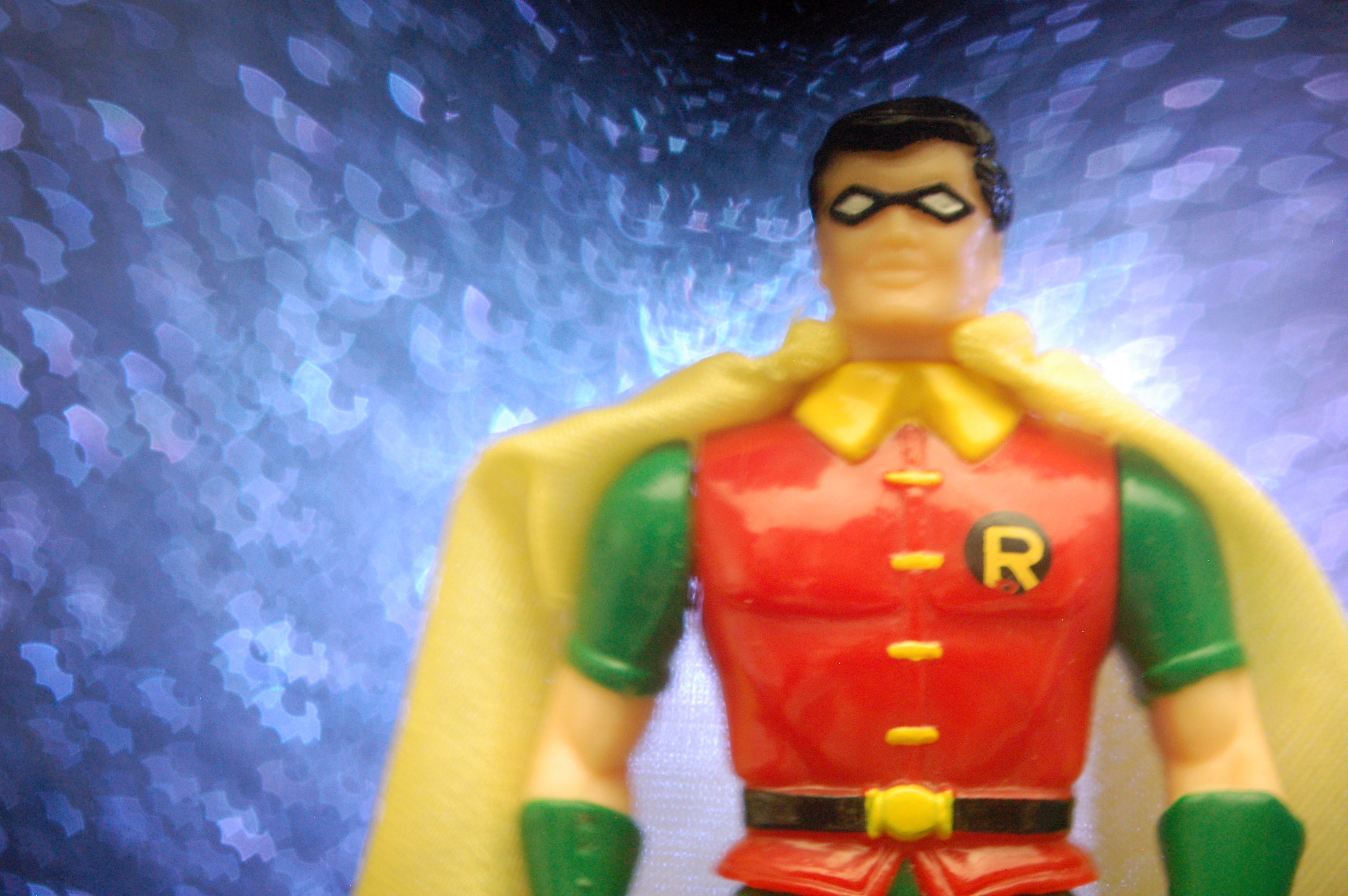 Robin, the Boy Wonder, has also been spotted in these places:

Holy Bat-Bokeh! by JD Hancock is licensed under a Creative Commons Attribution 3.0 Unported License. Permissions beyond the scope of this license may be available.