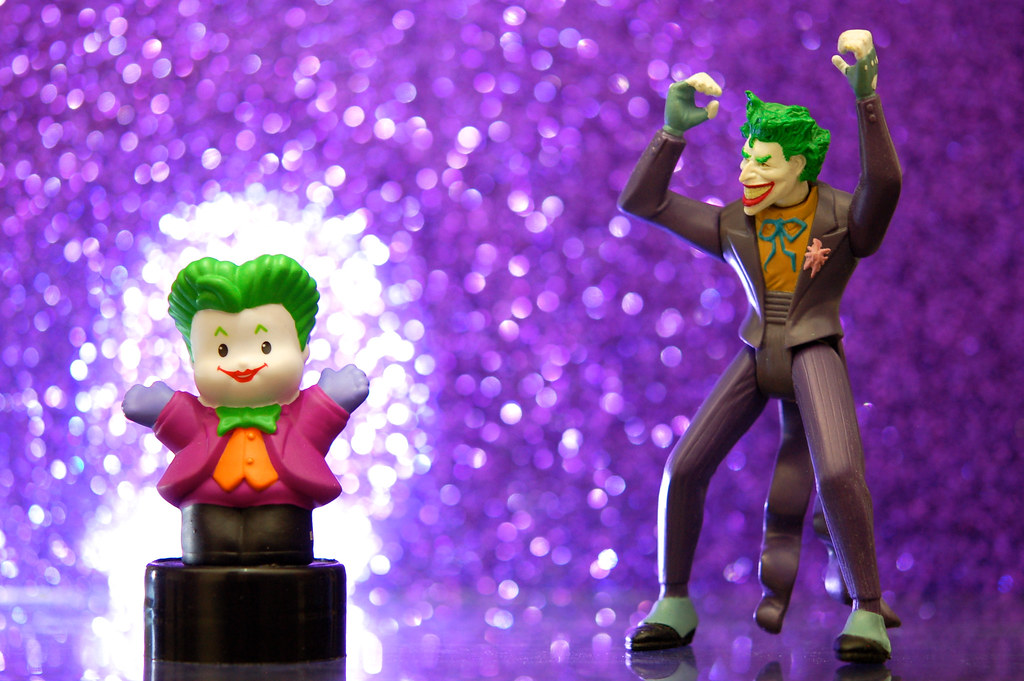 This is the sixth in a series of photos that show two extremely different interpretations of the same DC Comics character.

The figure on the left is Joker from the Fisher-Price DC Super Friends line of Little People toys, released in 2011.

The figure on the right is Joker from the Legends of Batman line of action figures, released in 1994. The sculpting is consistent with the Joker as seen in the comics books of that time.

I chose the Legends of Batman Joker figure because although he does not have a lot of articulation, the sculpt allows for an energetic-looking Joker when you position his arms in the air. Also, I like the wild hair and extreme angles given to this figure in contrast to the pudgy Little People Joker.

Joker Extreme by JD Hancock is licensed under a Creative Commons Attribution 3.0 Unported License. Permissions beyond the scope of this license may be available.