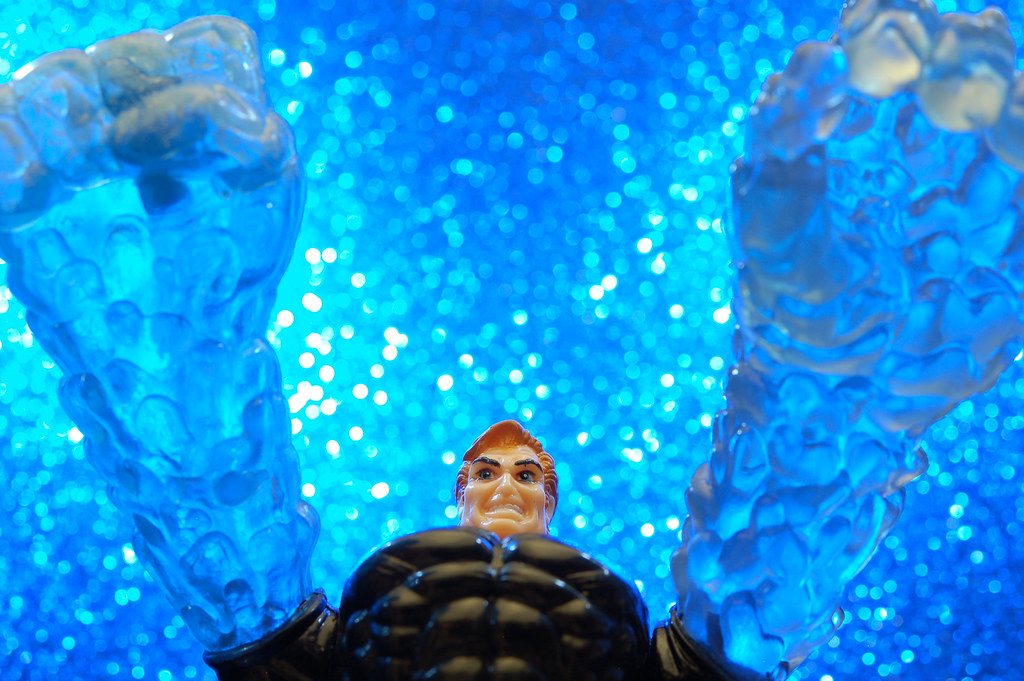 Close-up of the five inch action figure Hydro-Man, a super-villain in Marvel Comics. As you might imagine, Hydro-Man has the power to turn parts of his body into water.

Photo submitted to the Flickr group Macro Mondays for the "Wet" theme. 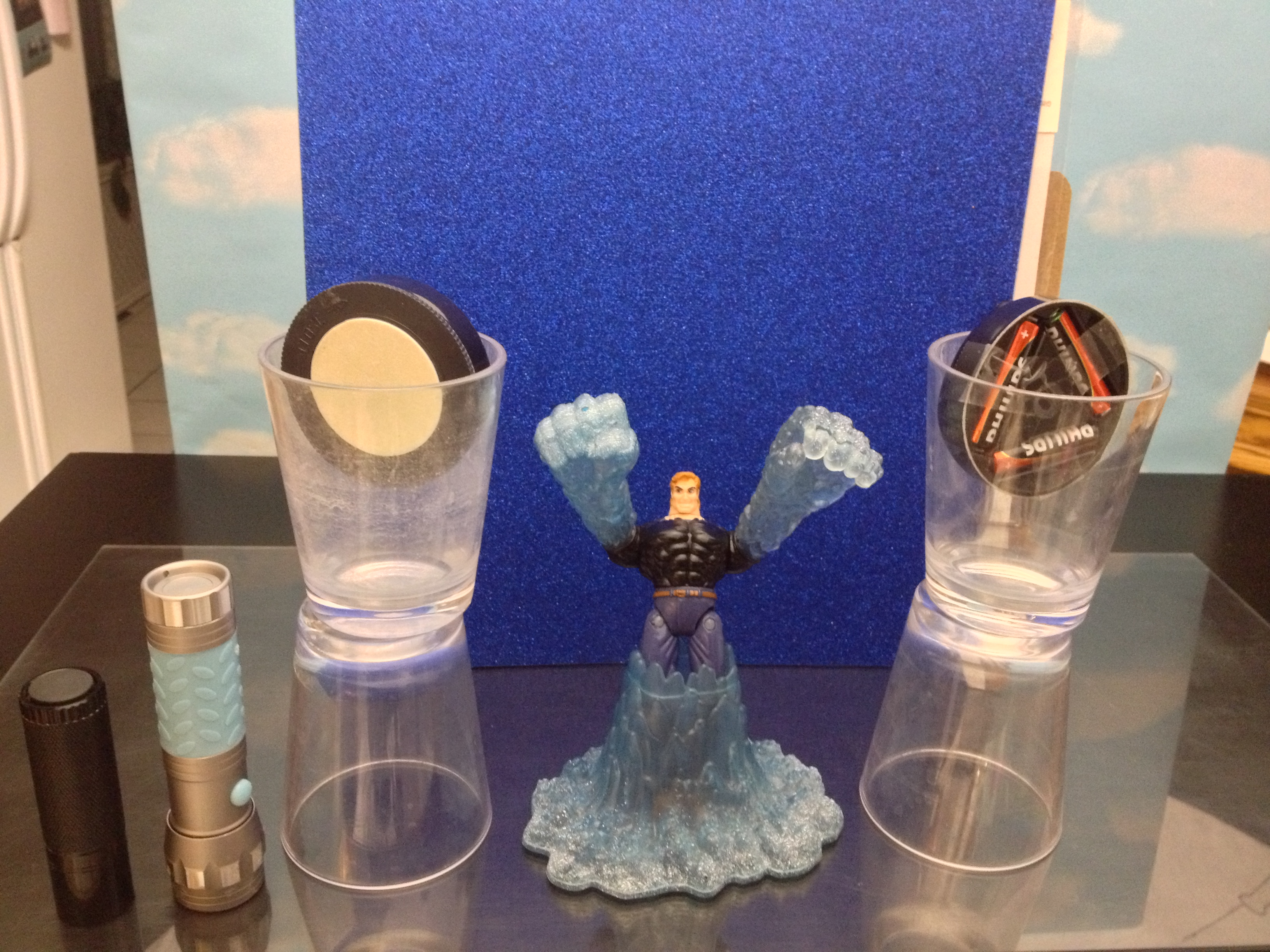 I positioned Hydro-Man, and the base that he came with, on top of a sheet of clear acrylic resting on an elevated black shelf. Behind Hydro-Man I placed a sheet of blue glitter paper. I created two clear plastic cup towers, and I topped each with a push LED aimed at the glitter paper behind Hydro-Man’s arms. Above the scene is a large circular diffuser which is partially reflected in the acrylic sheet below.

I put additional light onto the glitter paper using two LED flashlights that I manually held over the scene while shooting the photo. Fortunately the lighting was effective enough that I did not need to tweak levels or adjust colors. The resulting photo is straight out of the camera.

Water Power by JD Hancock is licensed under a Creative Commons Attribution 3.0 Unported License. Permissions beyond the scope of this license may be available.