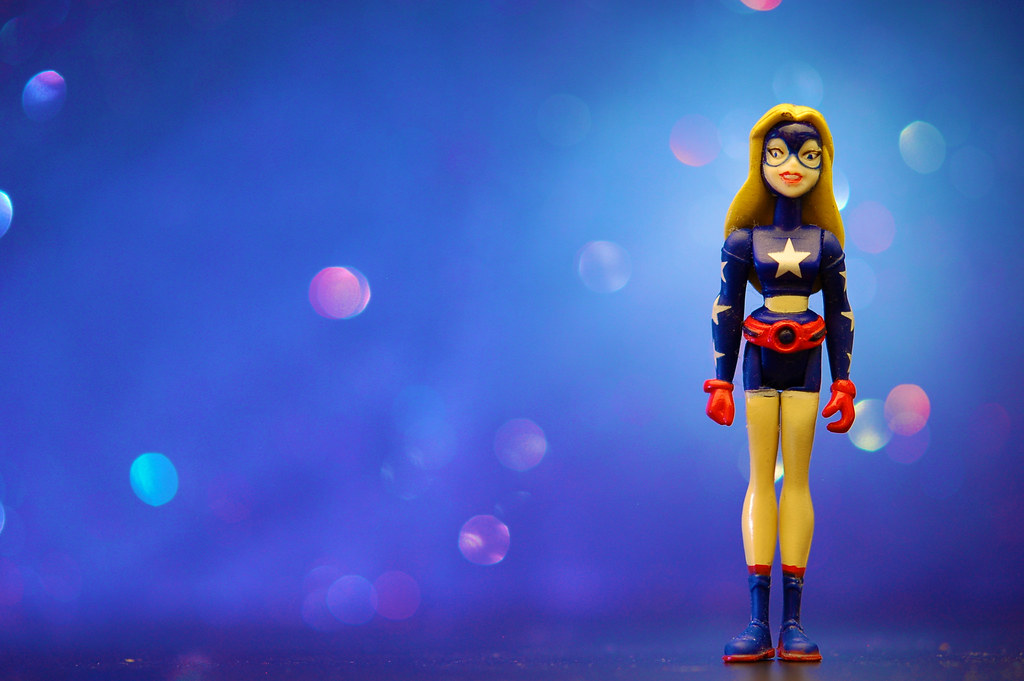 Everybody Wants To Be A Star

Close-up of a 3 1/2 inch action figure of the super-hero known as Stargirl.

This photo is actually an experiment using a tulle backdrop that contains a sprinkling of glitter.

My photography studio is my kitchen. 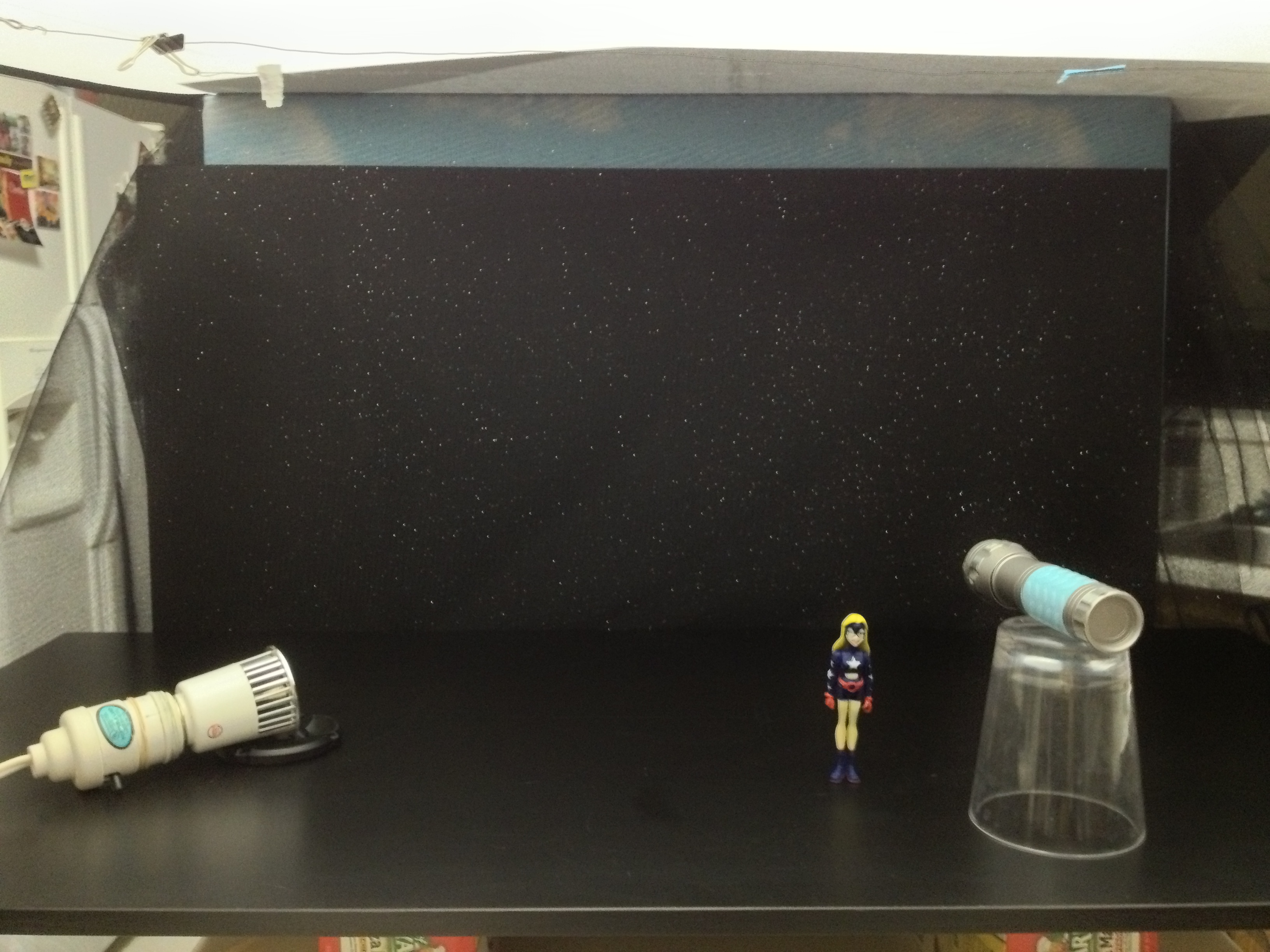 The backdrop is black tulle with a sprinkling of glitter over a black sheet of foam core. The figure is standing on an old black shelf elevated by two boxes from my pantry.

The scene is backlit from the left by a neat multi-color LED given to me as a gift from my daughter. It is propped up using the lens cover of my macro lens. Stargirl is backlit using a small LED flashlight propped up with a clear plastic cup. 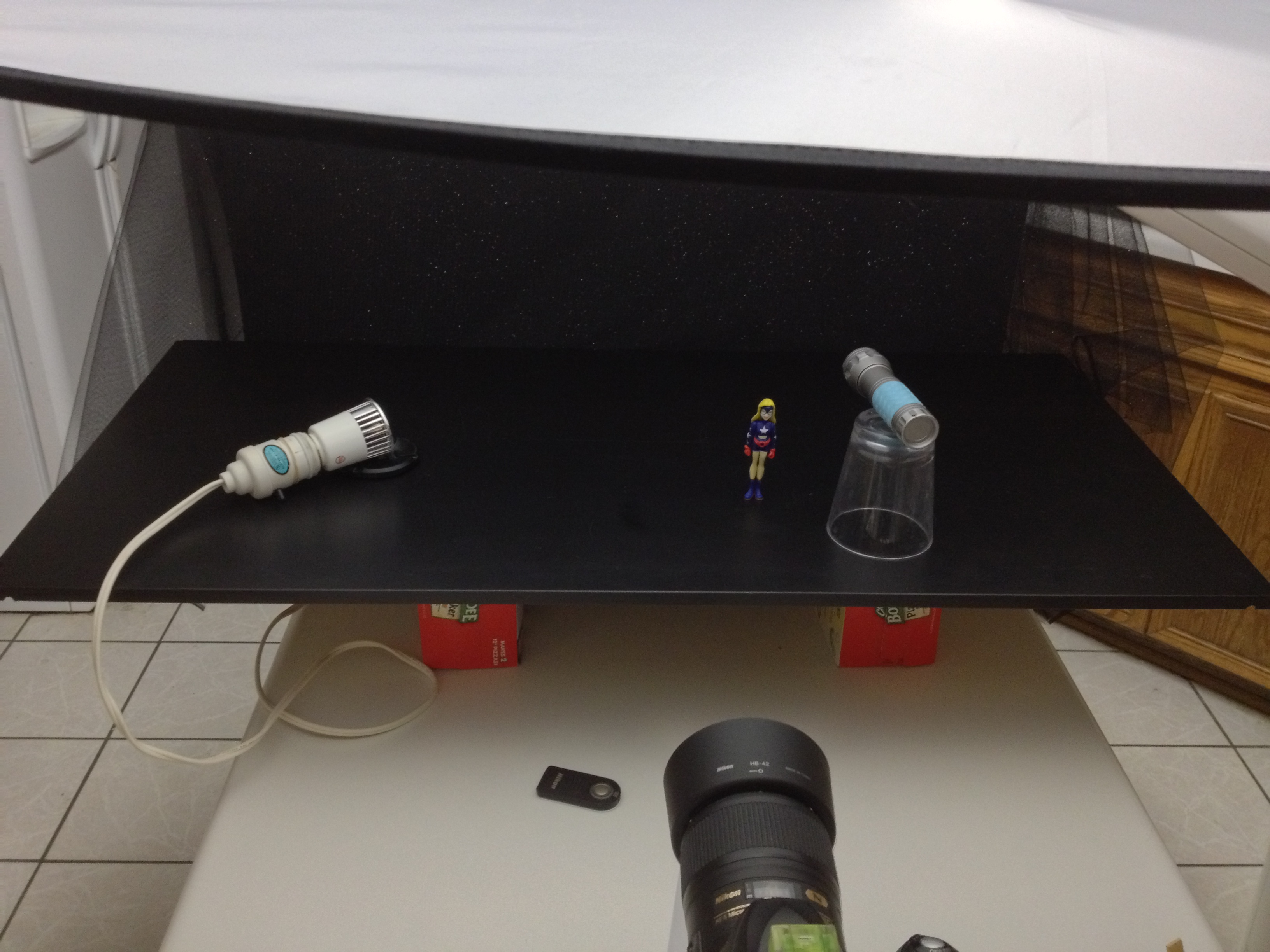 Above it all is a large circular diffuser that I often use for my tabletop photography. 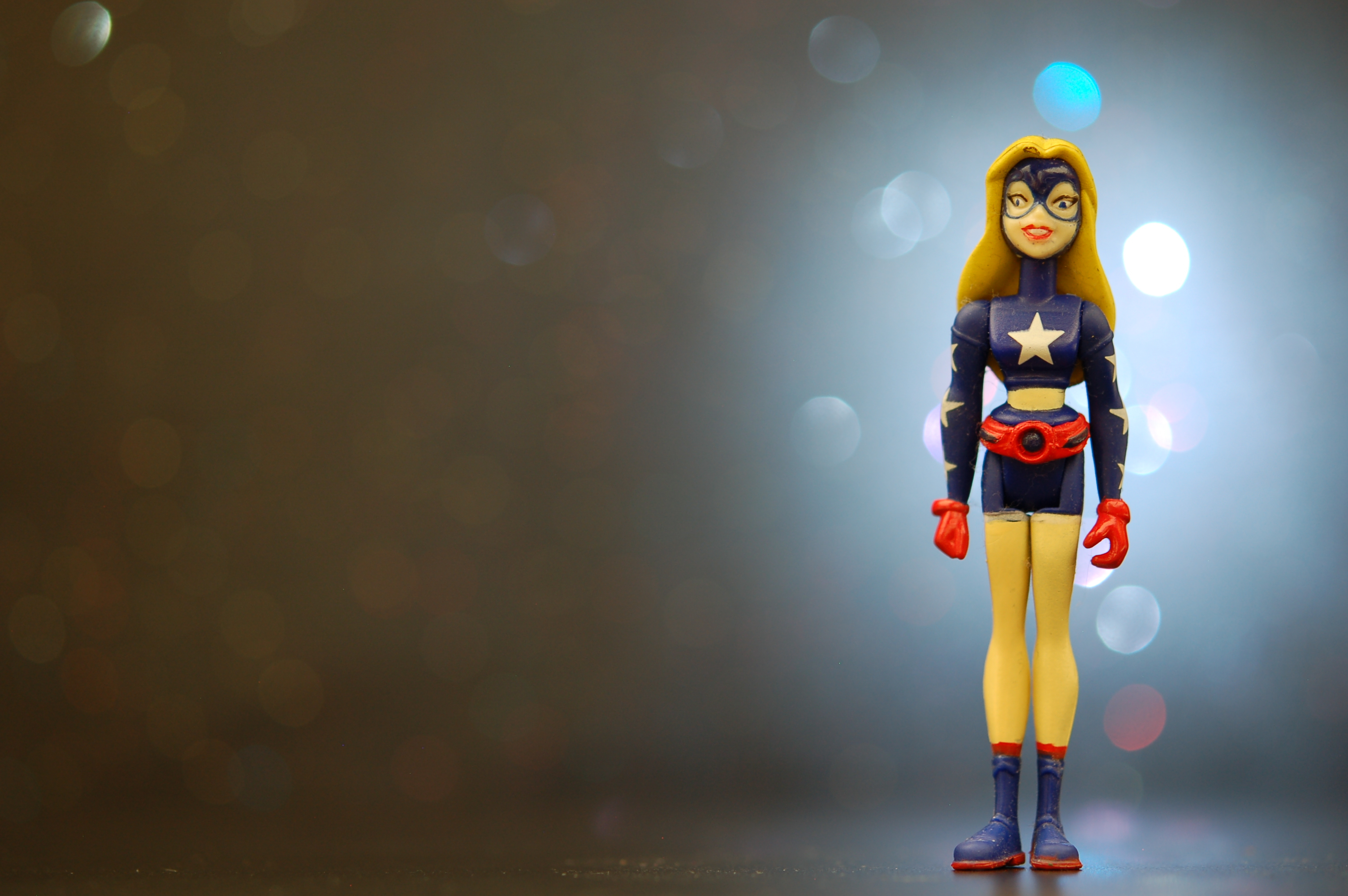 In the setup for this alternate image, which was my first attempt, I used just one light which backlit only the figure. It’s not bad, but I wanted to draw out more of the bokeh in the background, so I ultimately decide to try two lights instead, which resulted in more light in the background and therefore more bokeh.

Stargirl has also been seen here:

Everybody Wants To Be A Star by JD Hancock is licensed under a Creative Commons Attribution 3.0 Unported License. Permissions beyond the scope of this license may be available.