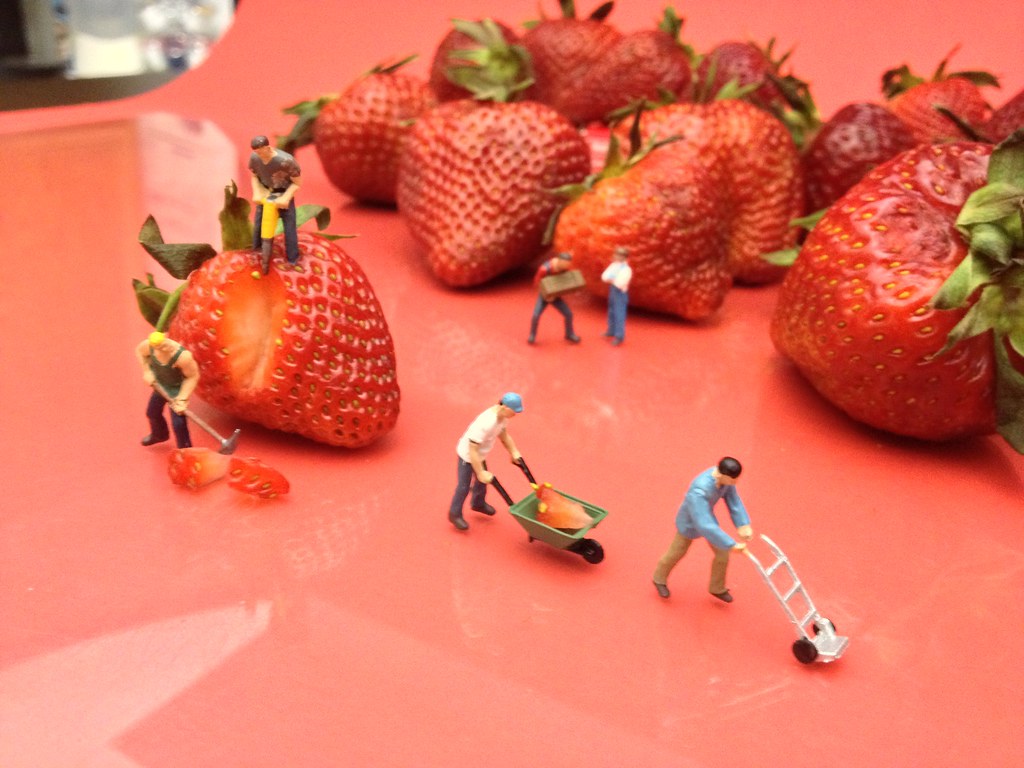 This is the third part of a series describing the setup of the photo Berry Hard Work.

You might think that positioning the little dudes is easy. Many times, it is. This time, it was not.

I recently purchased some of the figures in this photo and had never used them before. In fact, they were sealed up in their packaging until a few minutes before I started setting up the scene. Unfortunately, when I pulled them out of their packaging, I discovered that three of them were broken.

This setup photo has also been seen in these places:

Berry Hard Work Setup (3/11) by JD Hancock is licensed under a Creative Commons Attribution 3.0 Unported License. Permissions beyond the scope of this license may be available.