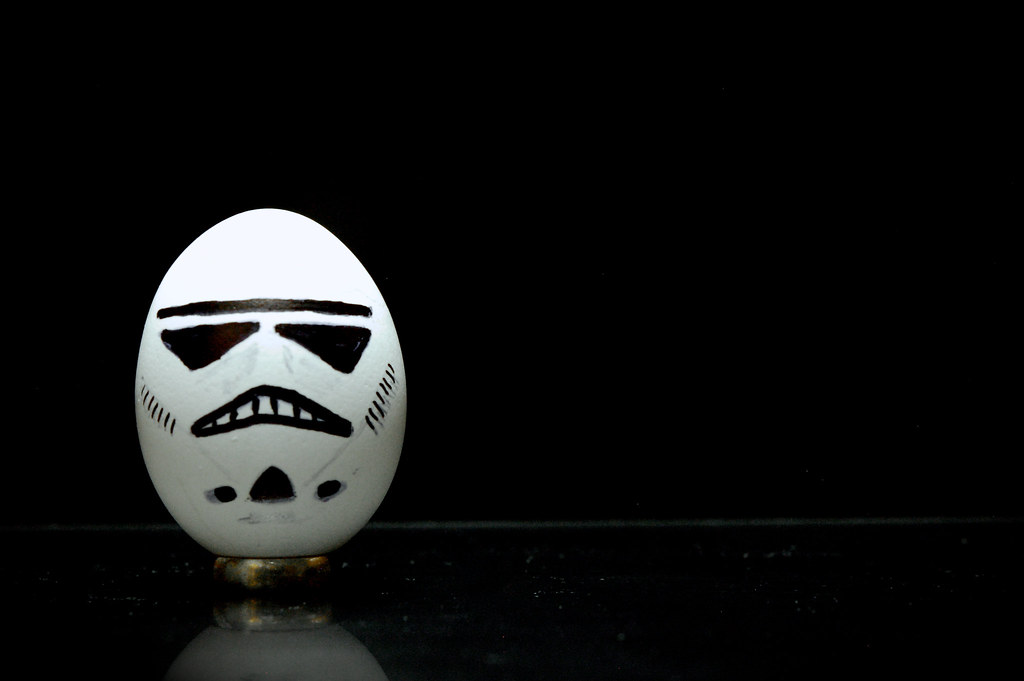 Posted to Flickr on 31 March 2013. Part of the Stormtroopers series.

This stormtrooper Easter egg was created by my wife.

The setup for this photo was a variation of my typical stormtrooper photo. 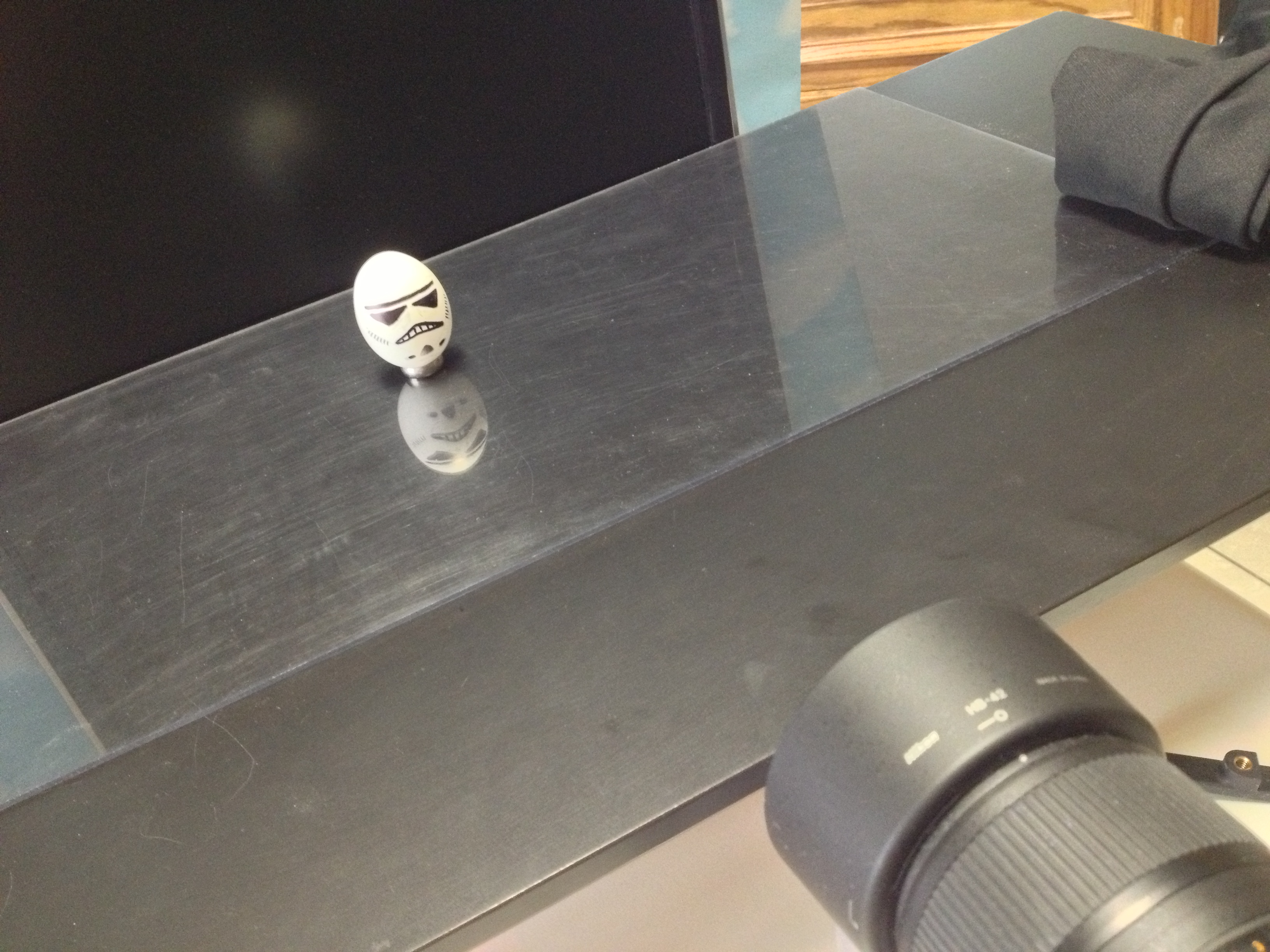 The egg stormtrooper is sitting on a sheet of clear plastic, which sits on top of an old black shelf that I often use as the base of my photos. Behind him is an old broken monitor.

Above the set (and not visible here) is a large circular diffuser.

Ovoid Trooper by JD Hancock is licensed under a Creative Commons Attribution 3.0 Unported License. Permissions beyond the scope of this license may be available.