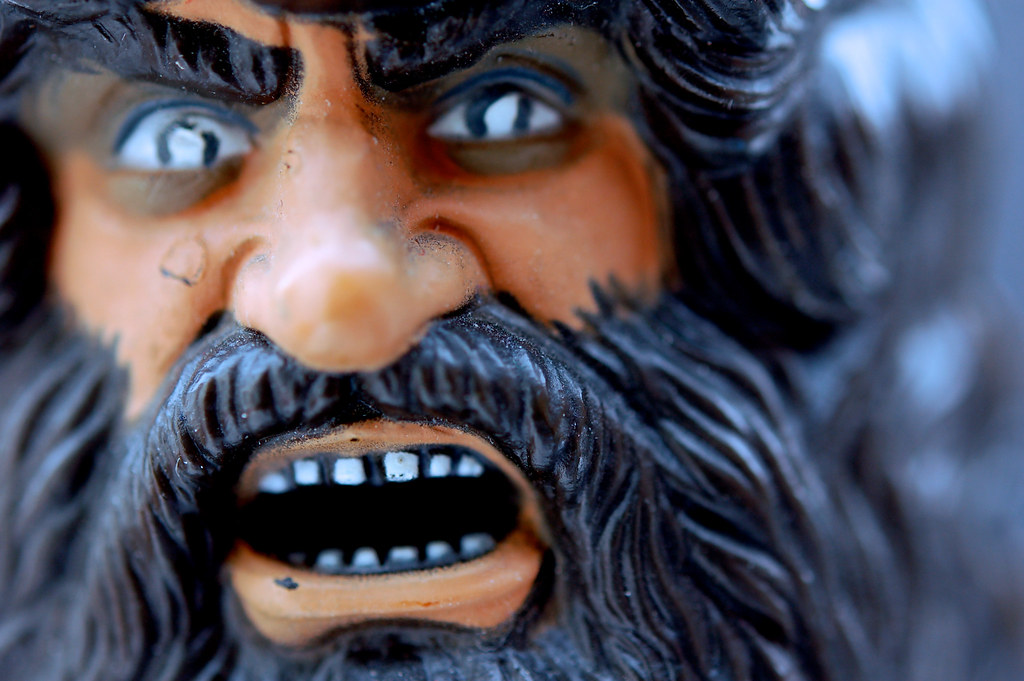 Close-up of a Bigfoot action figure, part of the classic line of Six Million Dollar Man toys from the 1970s.

Photo submitted to the Flickr group Macro Mondays for the "Hair" theme.

I was inspired to shoot this image both from the Macro Mondays Flickr group theme “hair” but also because of a rash of Bigfoot stories in the news lately. Also, I just love this action figure from the classic line of toys based on the TV series The Six Million Dollar Man.

Bigfoot has also been spotted here:

Hair-Raising Encounter by JD Hancock is licensed under a Creative Commons Attribution 3.0 Unported License. Permissions beyond the scope of this license may be available.