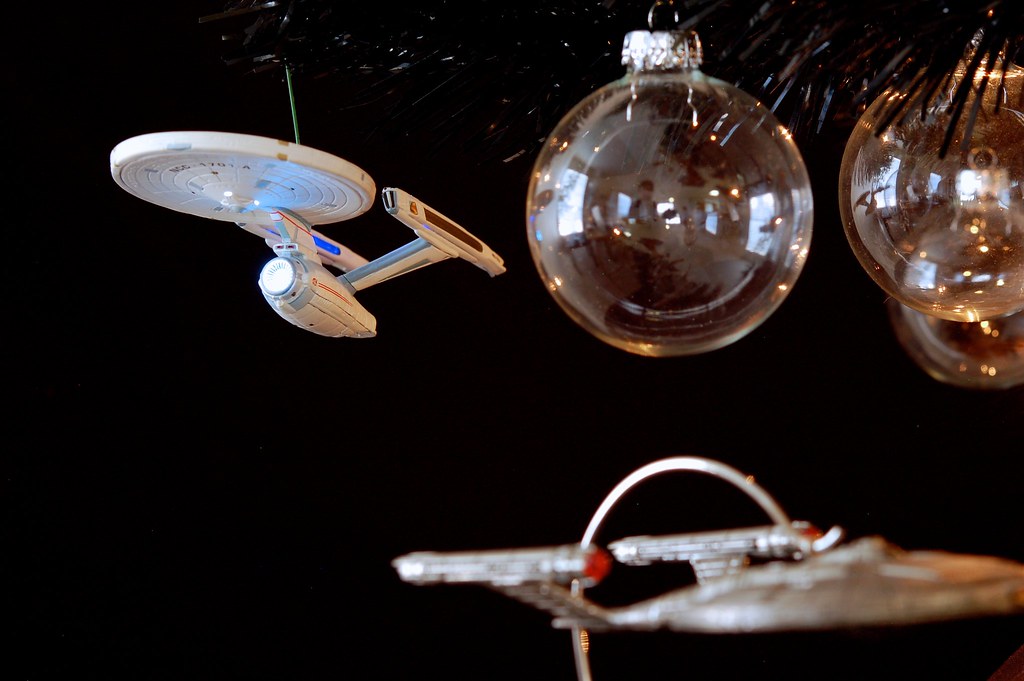 In 2005 Hallmark produced the starship Enterprise NCC-1701-A. This ship was introduced in the film Star Trek IV: The Voyage Home under the command of Captain James T. Kirk.

In the foreground is the 2002 Hallmark ornament the Enteprise NX-01, humanity’s first warp 5 capable starship. It was first seen in the TV series Star Trek: Enterprise commanded by Captain Jonathan Archer.

USS Enterprise-A On The Star Trek Christmas Tree 2012 by JD Hancock is licensed under a Creative Commons Attribution 3.0 Unported License. Permissions beyond the scope of this license may be available.