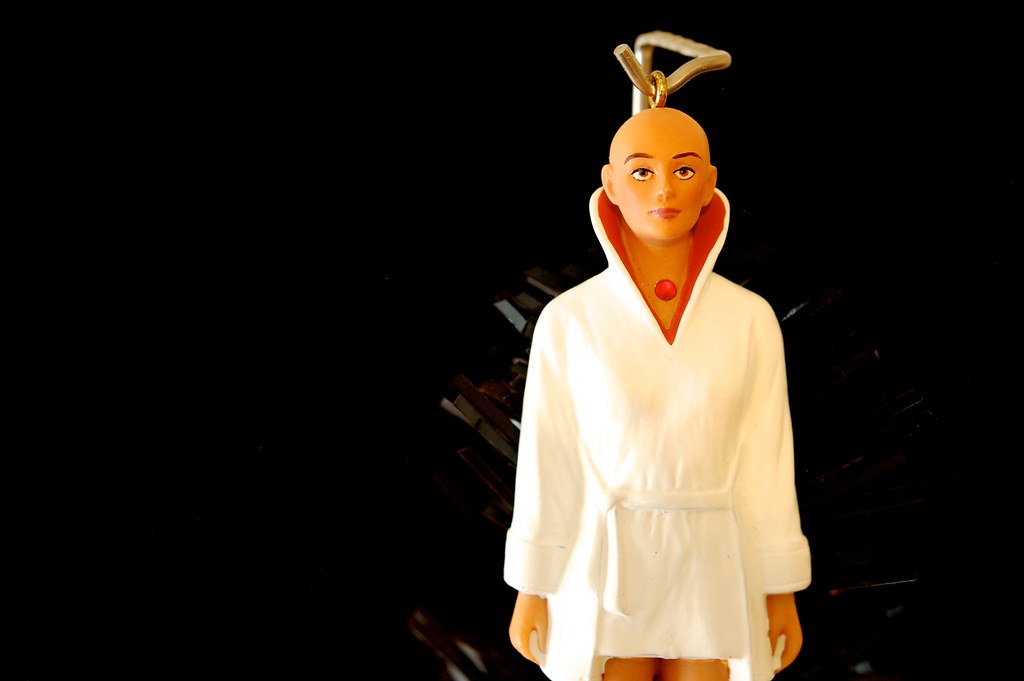 In 2009 Hallmark produced the Ilia Probe ornament, based on the character of Lieutenant Ilia from Star Trek: The Motion Picture, a member of the Enterprise crew who was transformed by an alien entity into a probe.

Of course Ilia is the topper of my Star Trek Christmas Tree.

The Ilia probe has also been spotted here:

Ilia Probe On The Star Trek Christmas Tree 2012 by JD Hancock is licensed under a Creative Commons Attribution 3.0 Unported License. Permissions beyond the scope of this license may be available.