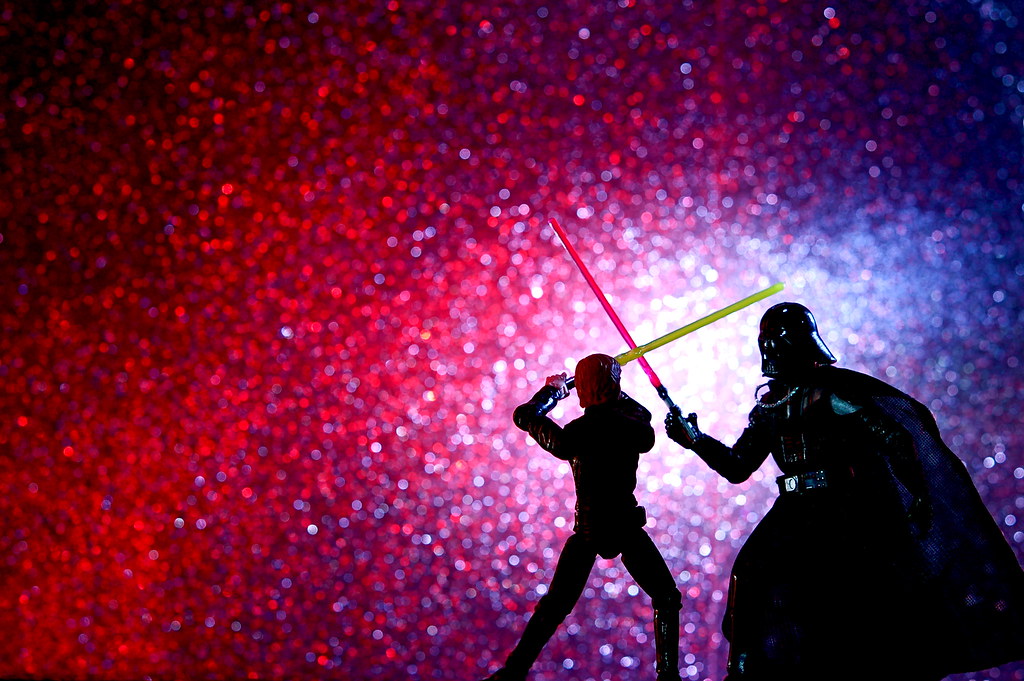 Revenge Of Return Of The Jedi

This is a toy recreation of the Luke Skywalker and Darth Vader lightsaber duel as depicted on the original Star Wars: Return of the Jedi movie poster.

Special thanks to Whit Anderson from Distracted by Star Wars for suggesting this photo as well as for giving me the Luke Skywalker figure to do it!

Luke and Vader have been seen waging an epic lightsaber battle here as well:

Revenge Of Return Of The Jedi by JD Hancock is licensed under a Creative Commons Attribution 3.0 Unported License. Permissions beyond the scope of this license may be available.