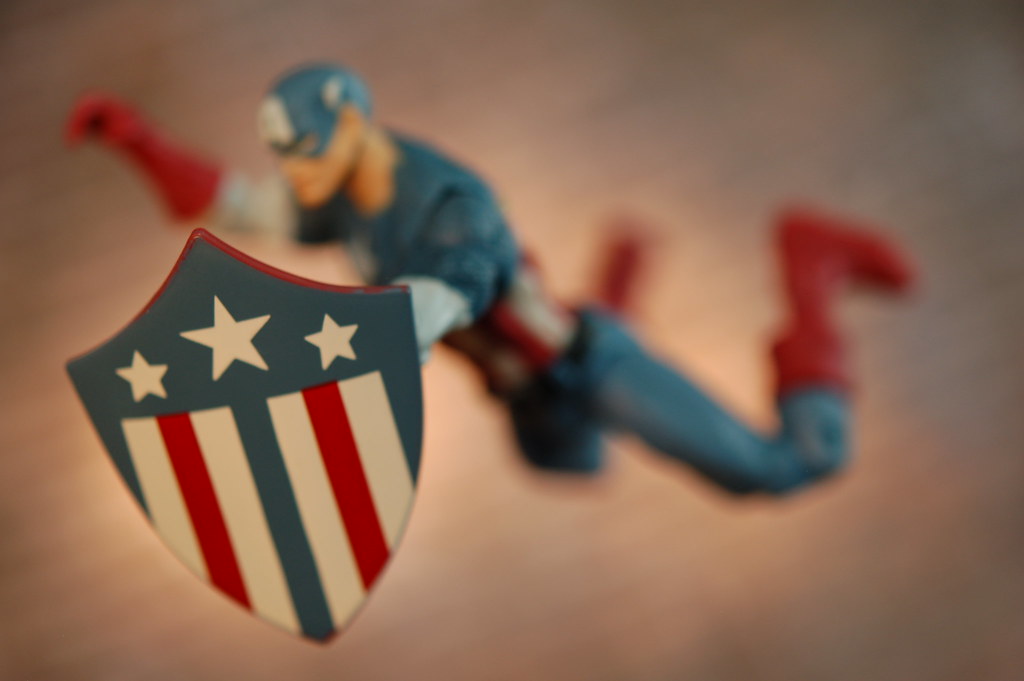 Excited about the release of the movie Captain America: The First Avenger, I came up with a challenge for myself: capture an action shot of Captain America straight out of the camera.

Part of the 3 3/4" "Marvel Universe" line from Hasbro, this Captain America action figure comes with his original shield.

Captain America has also been spotted jumping into action in these locations:

Captain America: Shield Agent by JD Hancock is licensed under a Creative Commons Attribution 3.0 Unported License. Permissions beyond the scope of this license may be available.