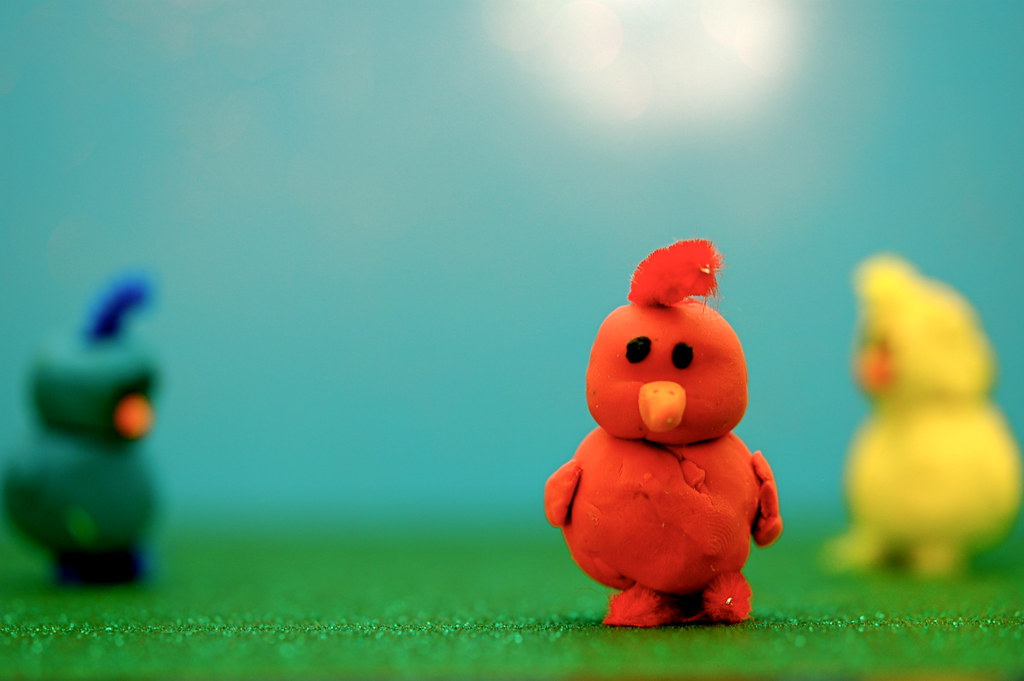 Posted to Flickr on 20 March 2011. Included in my Portfolio.

Today, my daughter decided to create these three little chicks out of clay and pipe cleaners. We imagined they might be characters in a kids’ television show called "1-2-3 Chick-A-Dees!"

She helped with the photo by selecting the background and "grass" for the Chick-a-dees.

The Chick-A-Dees have also been spotted in these places:

1-2-3 Chick-A-Dees! by JD Hancock is licensed under a Creative Commons Attribution 3.0 Unported License. Permissions beyond the scope of this license may be available.