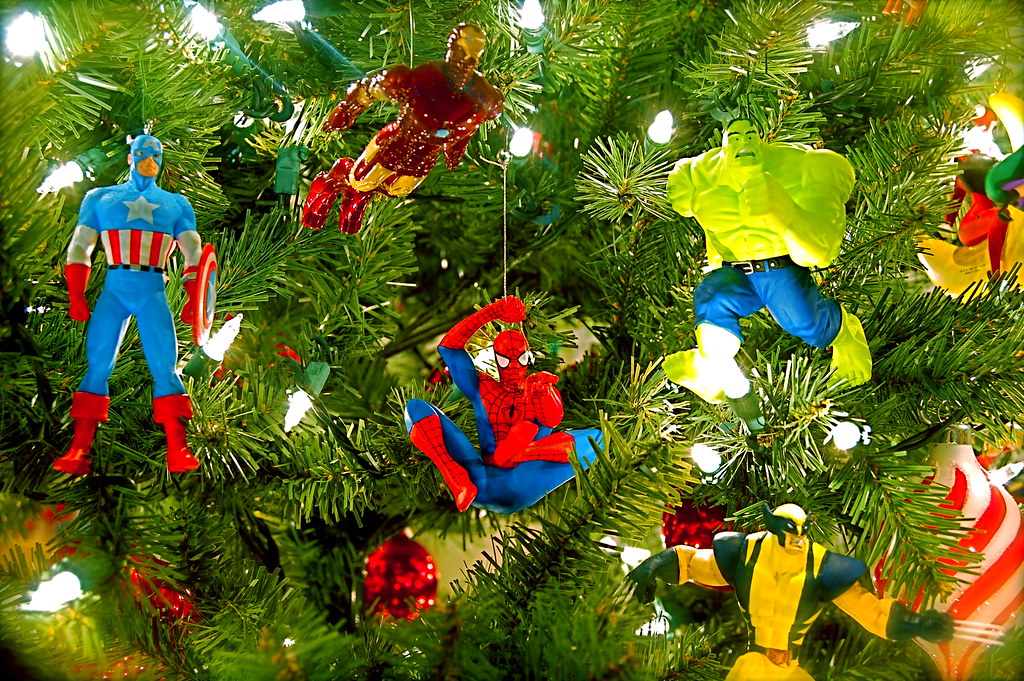 As has been the case for many years, in 2010 my family’s Christmas tree was protected by superheroes. Shown here are Captain America, Iron Man, Spider-Man, the Hulk, and Wolverine.

Marvelous Christmas Tree by JD Hancock is licensed under a Creative Commons Attribution 3.0 Unported License. Permissions beyond the scope of this license may be available.