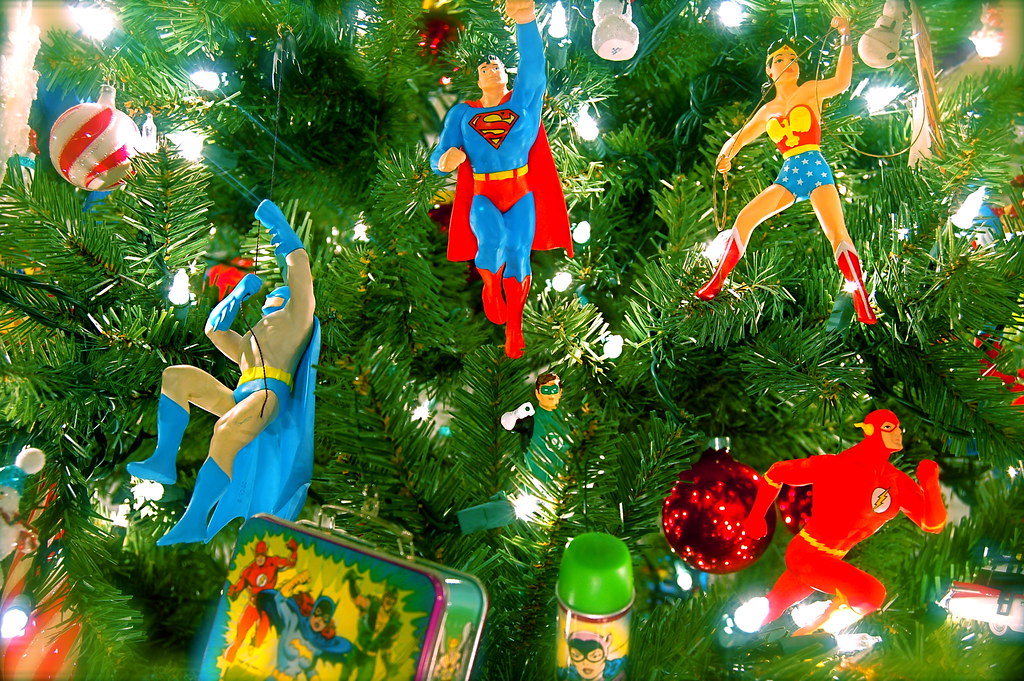 As has been the case for many years, in 2010 my family’s Christmas tree was protected by superheroes. Shown here are Batman, Superman, Wonder Woman, Green Lantern, and the Flash.

These superheroes have also been spotted here:

Justice Tree of America by JD Hancock is licensed under a Creative Commons Attribution 3.0 Unported License. Permissions beyond the scope of this license may be available.