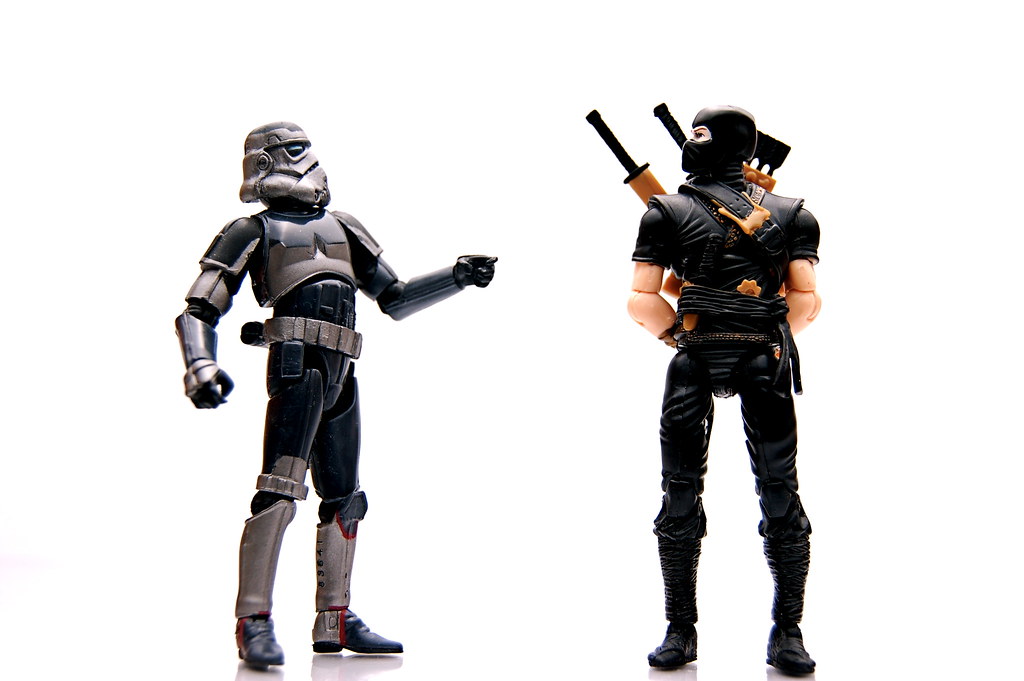 Storm Shadow: Ninja-Ku leader and martial arts master affiliated with the terrorist organization Cobra who is known for his white attire but on special occasions has been known to wear black.

The shadow stormtrooper and Storm Shadow have also been spotted here:

Shadow Stormtrooper vs. Storm Shadow (365/365) by JD Hancock is licensed under a Creative Commons Attribution 3.0 Unported License. Permissions beyond the scope of this license may be available.