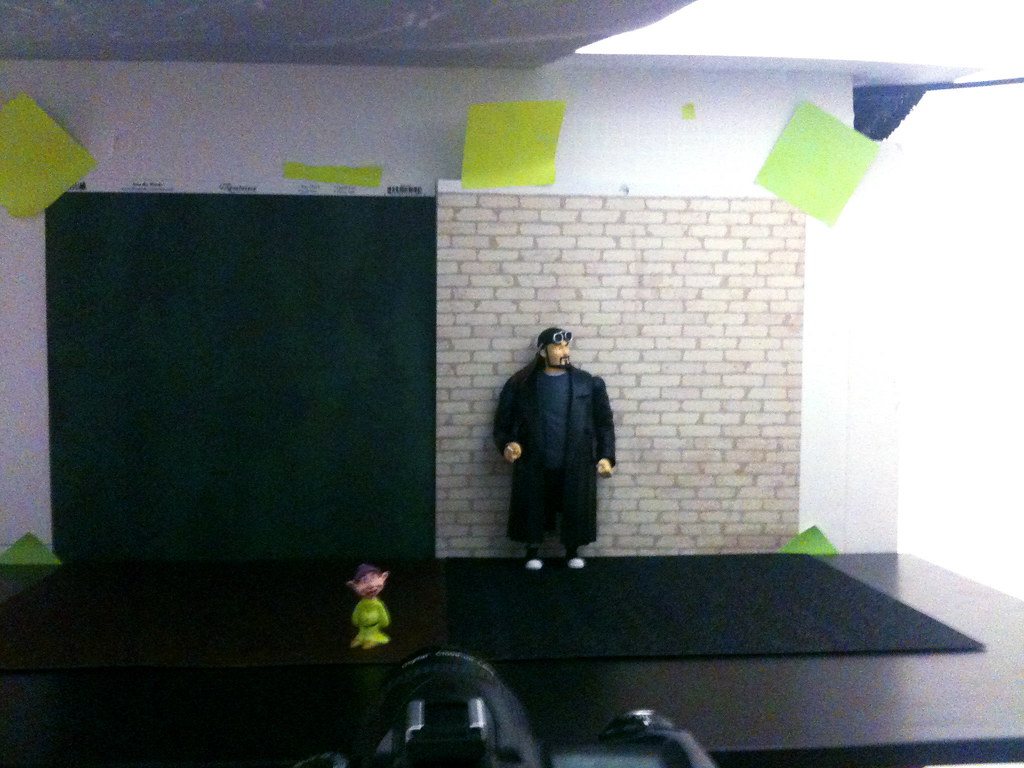 This is the setup photo for Dopey vs. Silent Bob.

Note that to compensate for the difference in scale, Dopey is placed relatively near the lens. I also have an alternate shot in which Silent Bob is blurred in the background, but I decided I would stick to Duel 365 standards and keep both characters in focus.

Above the scene a large circular diffuser softens the ambient light in the room. A dark strip of fabric is positioned above the backdrop to darken it a bit. A second strip of fabric darkens Dopey’s side even further.

Dopey vs. Silent Bob Setup by JD Hancock is licensed under a Creative Commons Attribution 3.0 Unported License. Permissions beyond the scope of this license may be available.