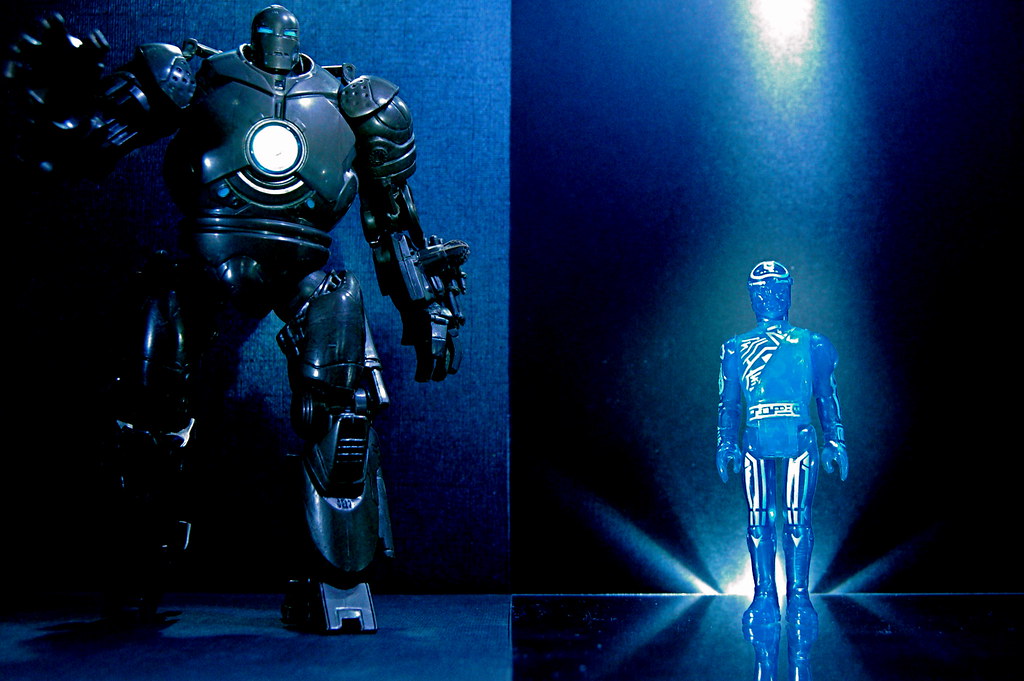 Obadiah Stane: Ambitious weapons manufacturer, or "ironmonger," who runs the daily operations of Stark Industries and who built a powerful armored machine that he can climb inside in order to eliminate his enemies.

Kevin Flynn: Video game arcade owner and ambitious former ENCOM computer programmer who is pulled inside the company’s elaborate computer system by the powerful Master Control Program in an effort to eliminate him.

Obadiah Stane vs. Kevin Flynn (350/365) by JD Hancock is licensed under a Creative Commons Attribution 3.0 Unported License. Permissions beyond the scope of this license may be available.