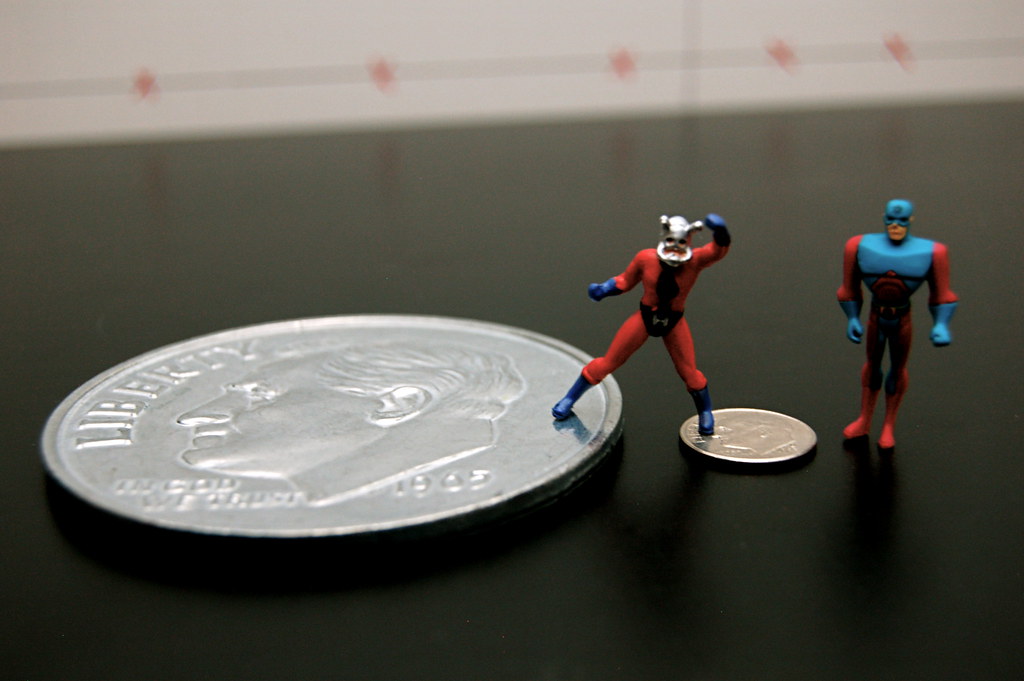 In this Duel 365 photo I wanted to exaggerate the scale of the two figures, both a little over an inch tall, by having them surrounded by over-sized coins purchased from a novelty company. As you can see, the coin on the left used in the final Duel 365 shot is enormous compared to its real-life counterpart on the right.

See Atom vs. Ant-Man Setup for the full setup of the photo.

Atom vs. Ant-Man Setup Scale by JD Hancock is licensed under a Creative Commons Attribution 3.0 Unported License. Permissions beyond the scope of this license may be available.