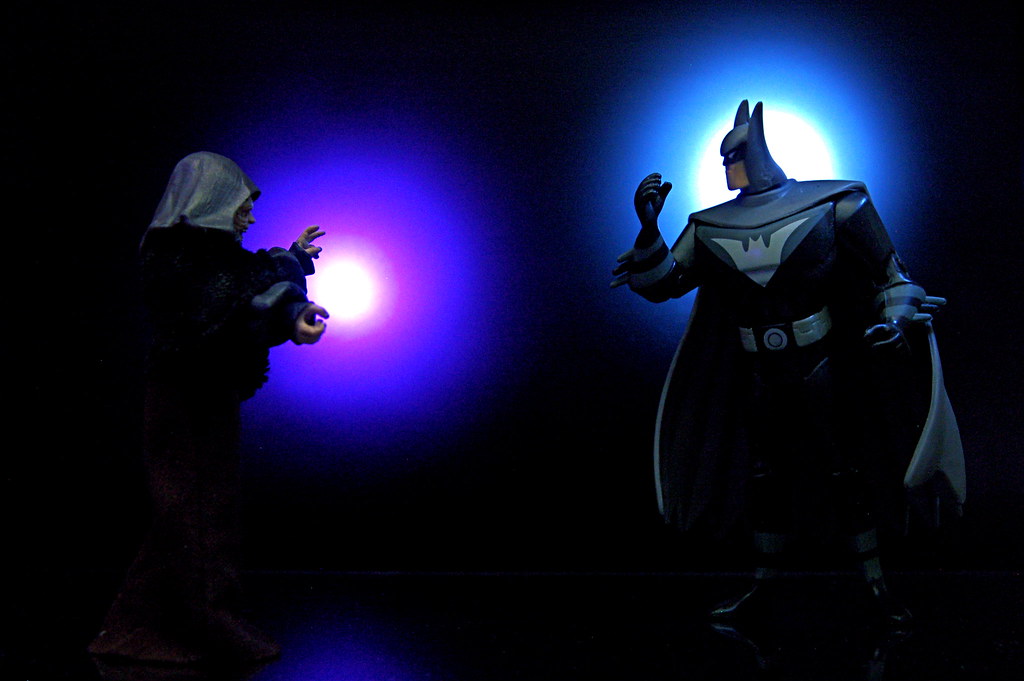 Emperor Palpatine: Influential politician from the planet Naboo who trained in secret as a Sith, became a Dark Lord, and eventually became ruler of the vast Galactic Empire.

Justice Lords Batman: Influential aristocrat from Gotham City who trained as a superhero, turned to fascism, and eventually ruled an alternate Earth with his team, the Justice Lords.

These two dark characters have also been spotted together here:

Emperor Palpatine vs. Justice Lords Batman (345/365) by JD Hancock is licensed under a Creative Commons Attribution 3.0 Unported License. Permissions beyond the scope of this license may be available.