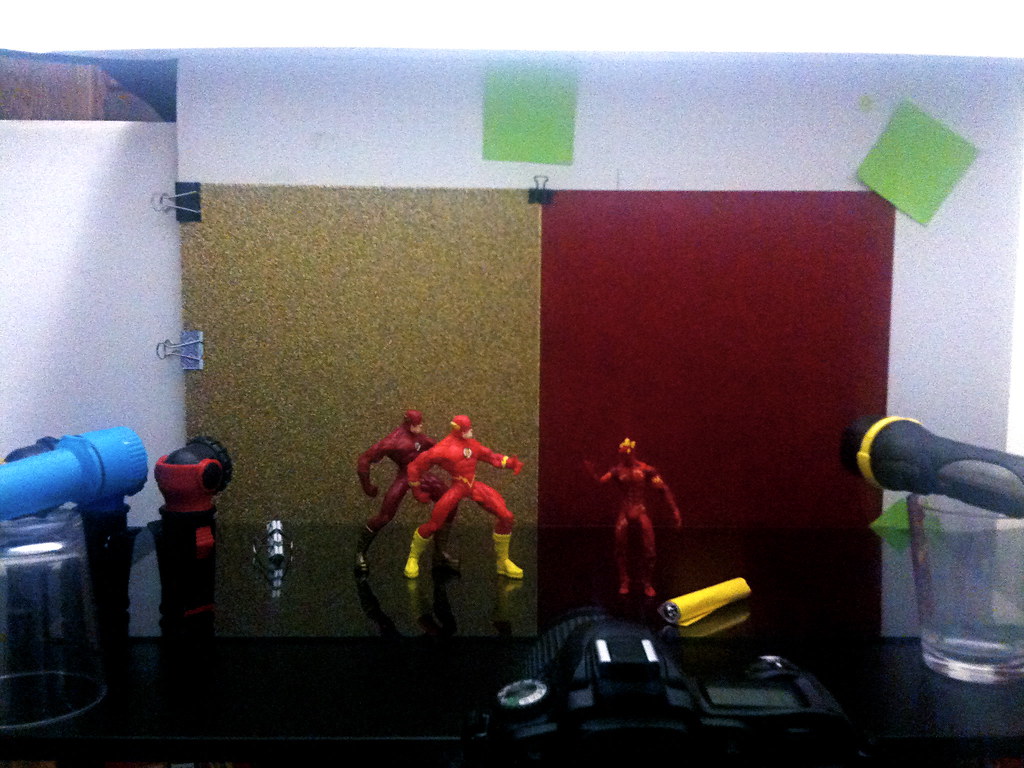 This is the setup photo for Flash vs. Human Torch.

The backdrop is made of two sheets of glittery scrapbooking paper held in place with sticky notes and binder clips. The figures each stand on a sheet of clear acrylic. The figures are back-lit with various incandescent flashlights.

The first "special effect" is Flash’s blur. This was achieved by pulling a similar Flash figure with invisible thread during a long exposure. The second Flash was positioned directly behind the first and then slowly pulled off-camera to create the illusion of motion.

The second "special effect" is the Human Torch’s fire. This was acheived by wrapping a small incandescent flashlight with a yellow sticky, turning on the flashlight, and then moving the flashlight in such as way as to suggest flame.

Above the scene a large circular diffuser softens the ambient light in the room. A dark strip of fabric is positioned above the backdrop to darken it a bit.

Flash vs. Human Torch Setup by JD Hancock is licensed under a Creative Commons Attribution 3.0 Unported License. Permissions beyond the scope of this license may be available.