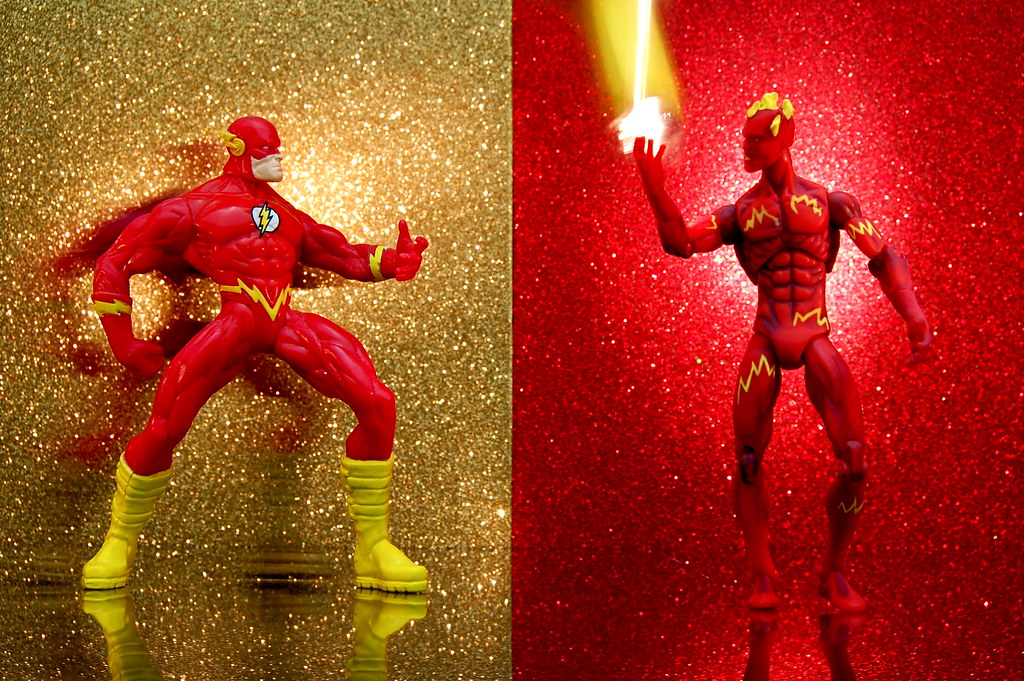 Flash: Wally West, hot-shot member of the Justice League with super-speed who can vibrate through solid objects.

Human Torch: Johnny Storm, hot-headed member of the Fantastic Four with the powers of flight and pyrokinesis.

Flash vs. Human Torch (320/365) by JD Hancock is licensed under a Creative Commons Attribution 3.0 Unported License. Permissions beyond the scope of this license may be available.