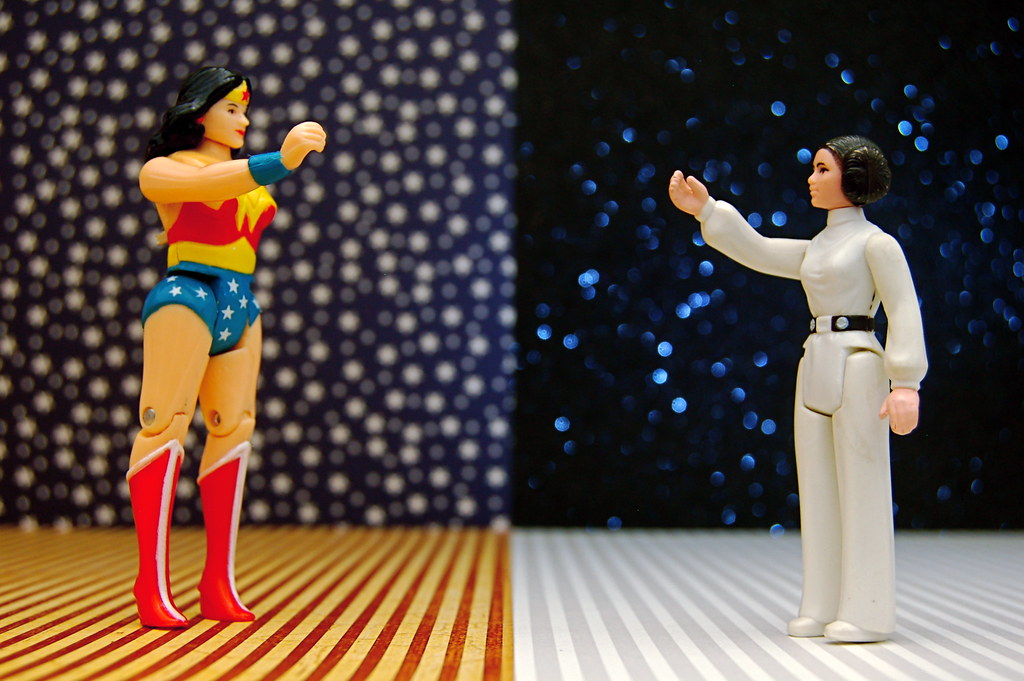 Princess Diana: Wonder Woman, daughter of the Amazon queen, an ambassador and warrior who opposes evil as a member of the Justice League and who seeks peace for the world.

Princess Leia: Leia Organa, daughter of the evil Darth Vader, a senator and fighter who opposes injustice by leading a rebellion and who seeks peace for the galaxy.

These two powerful princesses have also been seen together here:

Princess Diana vs. Princess Leia (297/365) by JD Hancock is licensed under a Creative Commons Attribution 3.0 Unported License. Permissions beyond the scope of this license may be available.