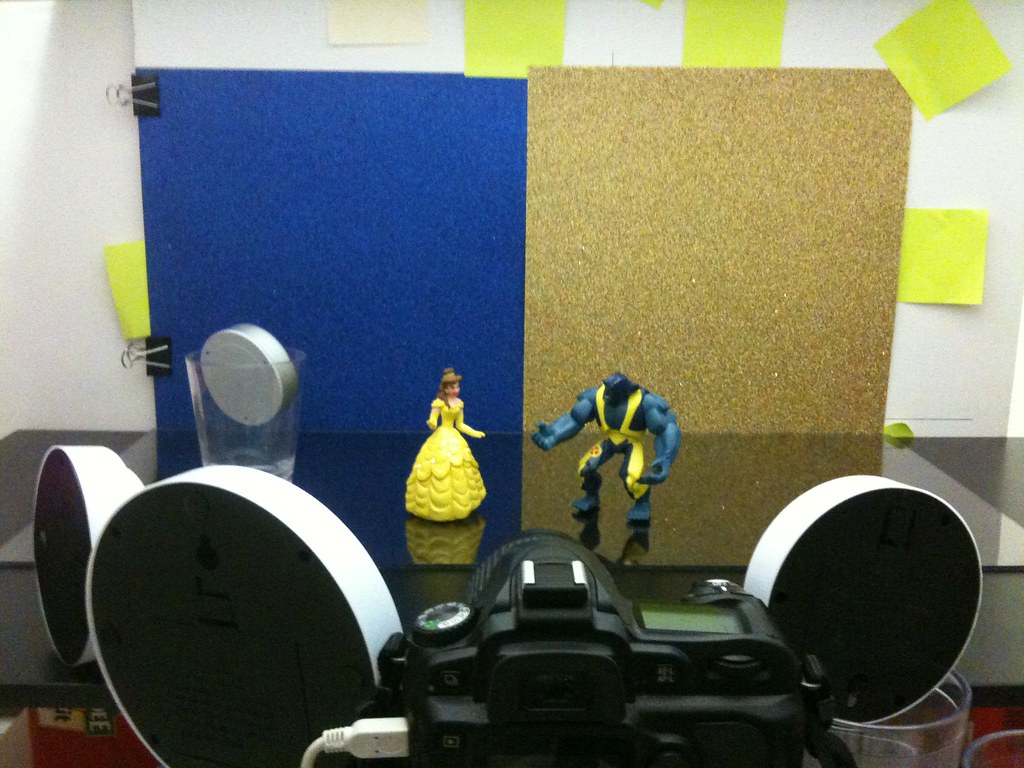 This is the setup photo for Belle vs. Beast.

The backdrop is made of two sheets of glittery scrapbooking paper held in place with binder clips and sticky notes. Both figures stand on a reflective acrylic sheet measuring one by two feet.

Above the scene a large circular diffuser (not shown) softens the ambient light in the room. A dark strip of fabric (not shown) is positioned just above the backdrop to darken his side a bit.

Belle vs. Beast Setup by JD Hancock is licensed under a Creative Commons Attribution 3.0 Unported License. Permissions beyond the scope of this license may be available.