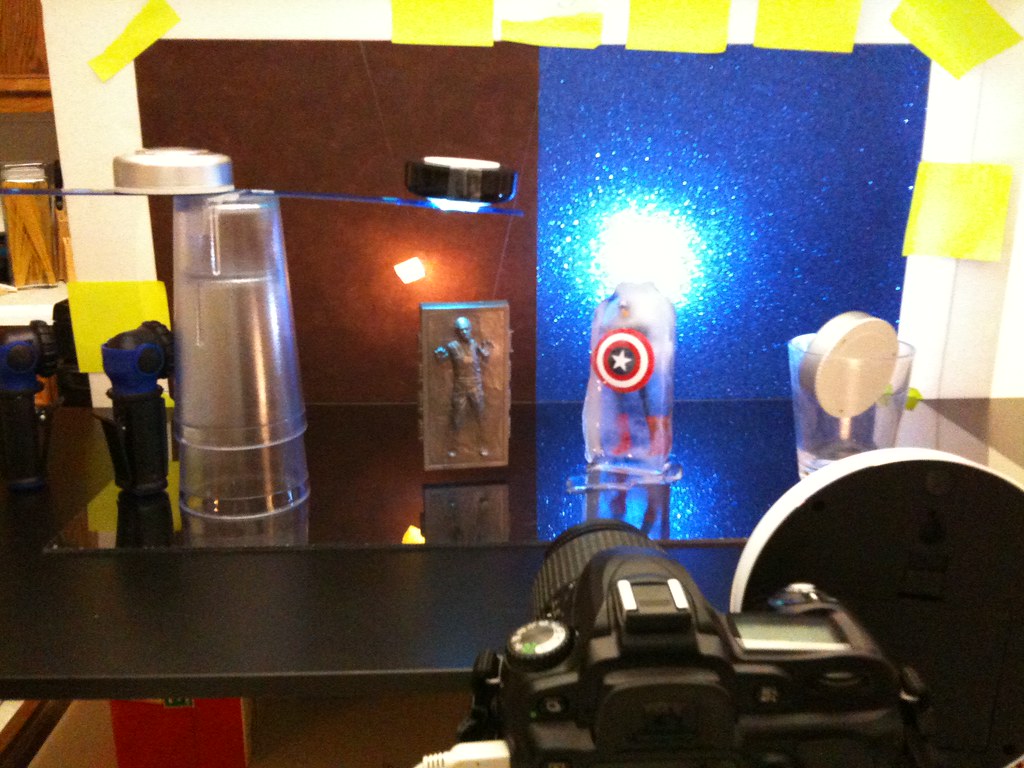 This is the setup photo for Captain Han Solo vs. Captain America.

Apologizes for leaving the backlighting on for this setup photo. It often blows out on my iPhone camera.

The backdrop is made of two sheets of scrapbooking paper held in place with sticky notes. Han’s backdrop has a leathery look, while Cap’s backdrop is a very glittery blue.

Both figures stand on a one-by-two foot sheet of clear acryilic. This reflective "floor" serves two purposes: (1) help emphasize that the carbonite is floating by showing a reflection below it and (2) protect my wooden "stage" from the melting ice!

Han receives additional lighting from above with a makeshift rig comprised of clear plastic cups, a ruler, push-LEDs, and some tape. The overhead light is inspired by similar lighting on the wall of Jabba’s palace, and the blue tint was intended to help the plastic look more like metal. Han is suspended with invisible thread from this rig as well. The "retouch" tool in iPhoto helped hide the thread.

Cap was frozen by placing him in the clear, classic-style packaging of a Star Wars figure filled with water and placed in the freezer.

Captain Han Solo vs. Captain America Setup by JD Hancock is licensed under a Creative Commons Attribution 3.0 Unported License. Permissions beyond the scope of this license may be available.