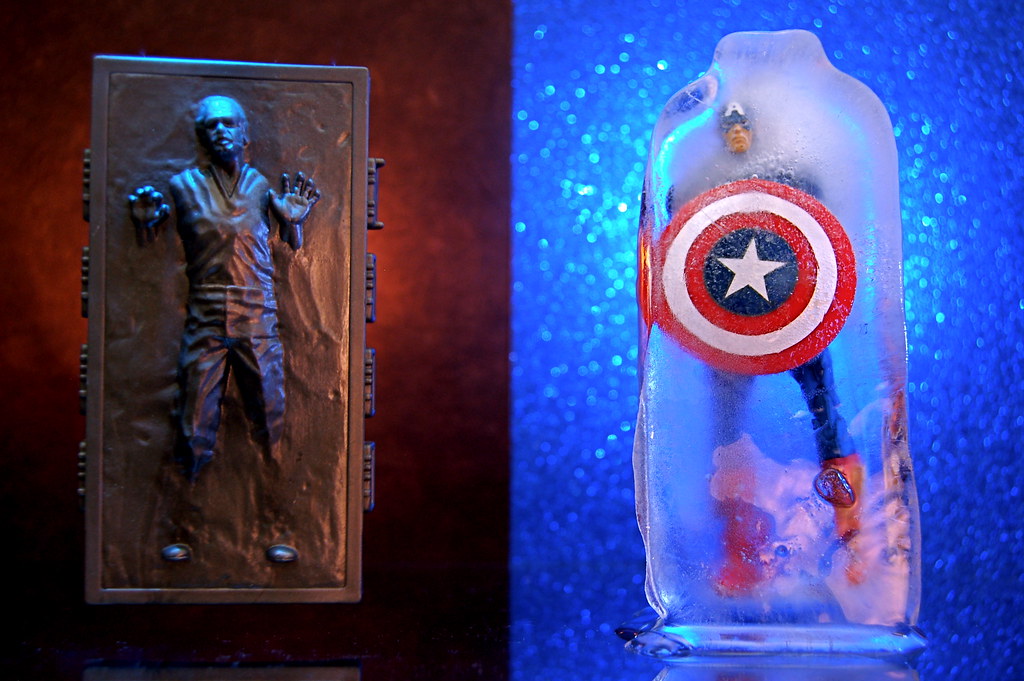 Captain Han Solo: Resourceful rebel pilot who bravely fought against the Galactic Empire and who, while visiting Cloud City, was frozen in carbonite by Darth Vader but later revived in Jabba the Hutt’s palace by Princess Leia Organa.

Captain America: Super-soldier who bravely fought against the Third Reich in World War II, was tragically lost after falling from a plane over the North Atlantic Ocean, and was decades later found frozen and revivied by the Avengers.

Captain Han Solo vs. Captain America (283/365) by JD Hancock is licensed under a Creative Commons Attribution 3.0 Unported License. Permissions beyond the scope of this license may be available.