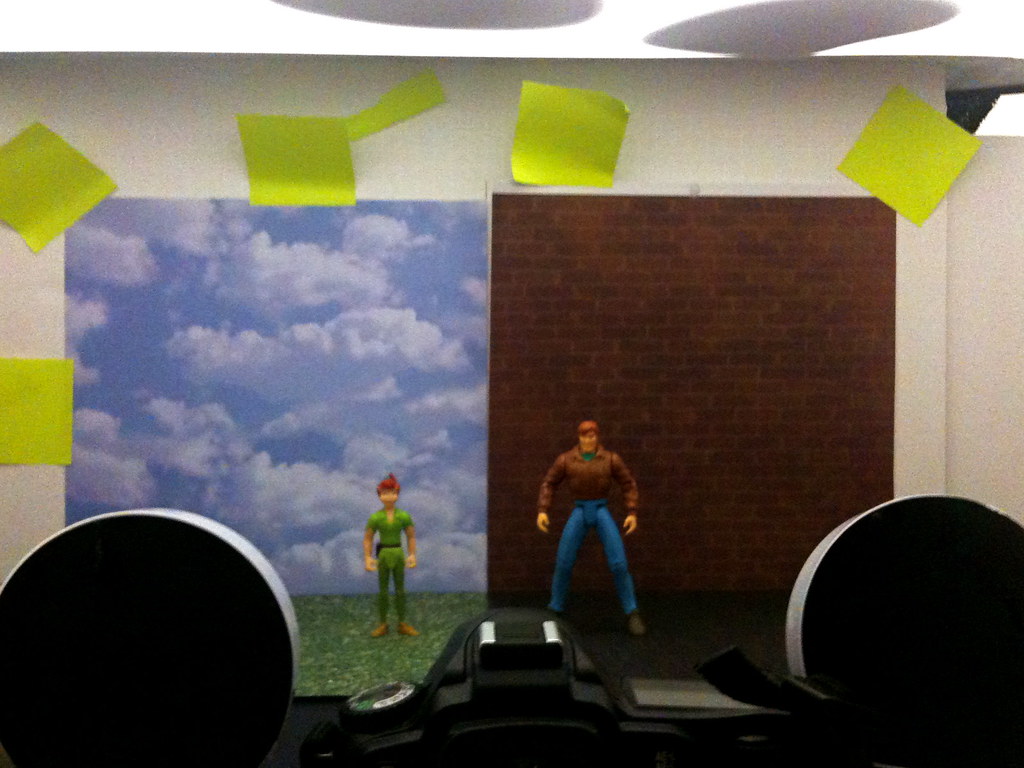 This is the setup photo for Peter Pan vs. Peter Parker.

Above the scene a large circular diffuser softens the ambient light in the room. A dark strip of fabric is positioned just above the backdrop to darken it a bit. And for a bit of additional light, two push-lights are positioned on top of the diffuser directly above the two figures.

Peter Pan vs. Peter Parker Setup by JD Hancock is licensed under a Creative Commons Attribution 3.0 Unported License. Permissions beyond the scope of this license may be available.