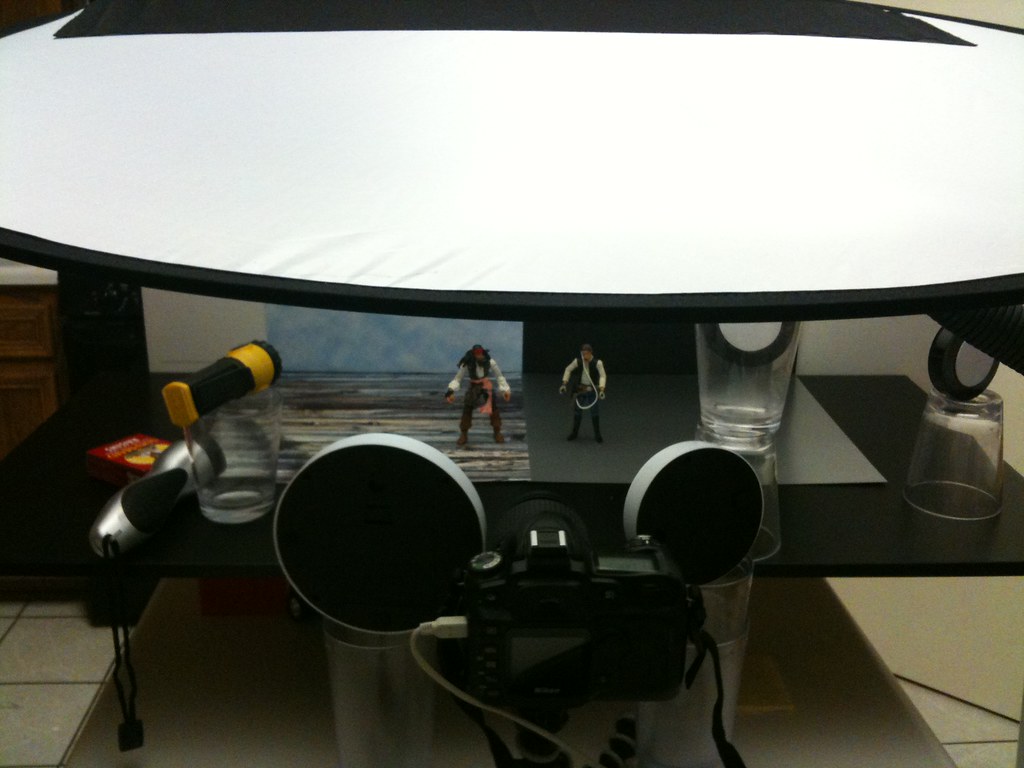 Posted to Flickr on 20 September 2010. Part of the Setup series.

This is the setup photo for Captain Jack Sparrow vs. Captain Han Solo.

Both figures are front lit with push-lights on either side of the camera.

Above the scene a large circular diffuser softens the ambient light in the room. A dark strip of fabric is positioned just above the backdrop to darken it a bit.

Captain Jack Sparrow vs. Captain Han Solo Setup by JD Hancock is licensed under a Creative Commons Attribution 3.0 Unported License. Permissions beyond the scope of this license may be available.