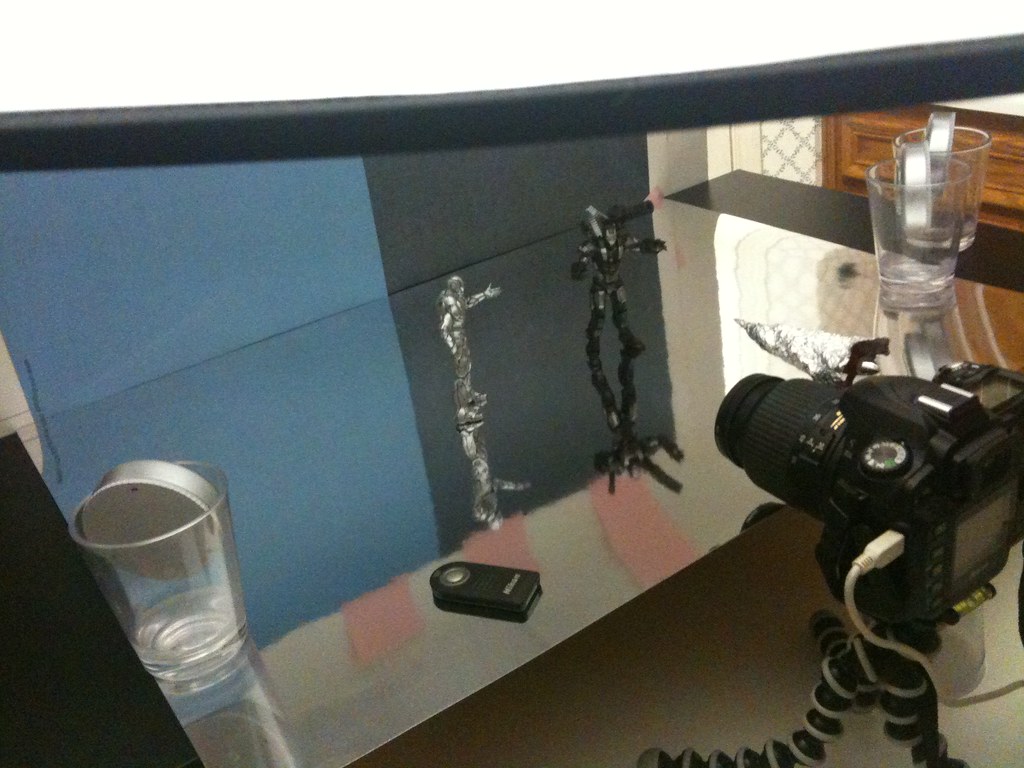 This is the setup photo for Iron Man vs. War Machine.

The backdrop is formed with two pieces of scrapbooking paper with a slightly metallic sheen to them. Both pieces of paper are attached to foamboard behind them with sticky notes. The figures stand on a piece of silvery reflective posterboard.

Iron Man is backlit with a single push-LED in a clear plastic cup. War Machine is backlit with two push-LEDs because he’s a little wider than Iron Man and because the darker backdrop needed more light on it.

I wanted to try to enhance the red "heart" on War Machine a little bit. I taped a red glass token to the front of a clip LED and then formed an aluminum foil snoot for the light to shine through. The enhancement wasn’t as dramatic as I’d hoped, but it was a good experiment.

Above the scene a large circular diffuser softens the ambient light in the room. A strip of dark fabric (not shown) is positioned on top of the diffuser just above the backdrop to darken it and boost the backlighting a bit.

Iron Man vs. War Machine Setup by JD Hancock is licensed under a Creative Commons Attribution 3.0 Unported License. Permissions beyond the scope of this license may be available.