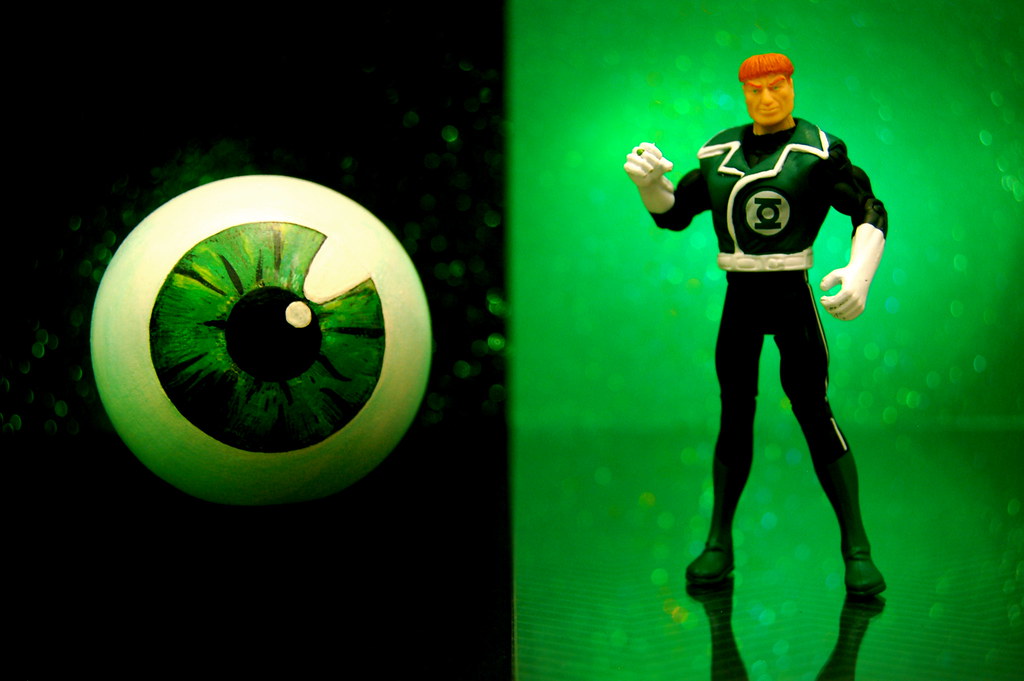 Emerald Eye of Ekron: Incredibly powerful cosmic artifact said to be a prototype for Green Lantern power rings, originally the actual right eye of an insane Green Lantern named Ekron, and in the 30th century a weapon wielded by the evil, trained killer Emerald Empress.

Green Lantern Guy Gardner: Cocky, arrogant, and sometimes reckless "backup" Green Lantern, member of the Justice League International, and wielder of a power ring, arguably the most powerful weapon in the universe limited only by the wearer’s imagination.

My wife made this Emerald Eye of Ekron, a painted wooden ball. Would you like to see more Cool Things My Wife Made?

Emerald Eye Of Ekron vs. Green Lantern Guy Gardner (239/365) by JD Hancock is licensed under a Creative Commons Attribution 3.0 Unported License. Permissions beyond the scope of this license may be available.