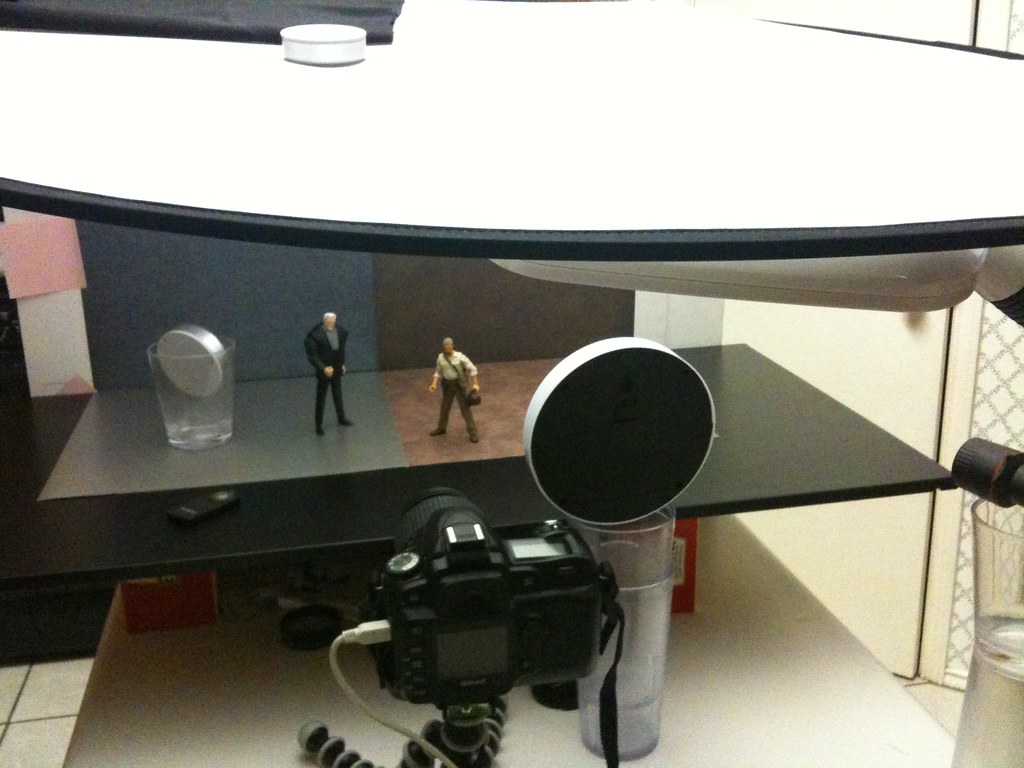 This is the setup photo for Bruce Wayne vs. Indiana Jones.

Two pieces of scrapbooking paper form the backdrop. The blue-grey paper behind Bruce Wayne is textured and slightly reflective, while the brown paper behind Indiana Jones is not. Both sheets of paper are attached to foamboard with sticky notes.

Above the entire scene a large circular diffuser softens the ambient light in the room. A piece of dark fabric is positioned above Bruce’s backdrop to darken it.

Bruce Wayne vs. Indiana Jones Setup by JD Hancock is licensed under a Creative Commons Attribution 3.0 Unported License. Permissions beyond the scope of this license may be available.