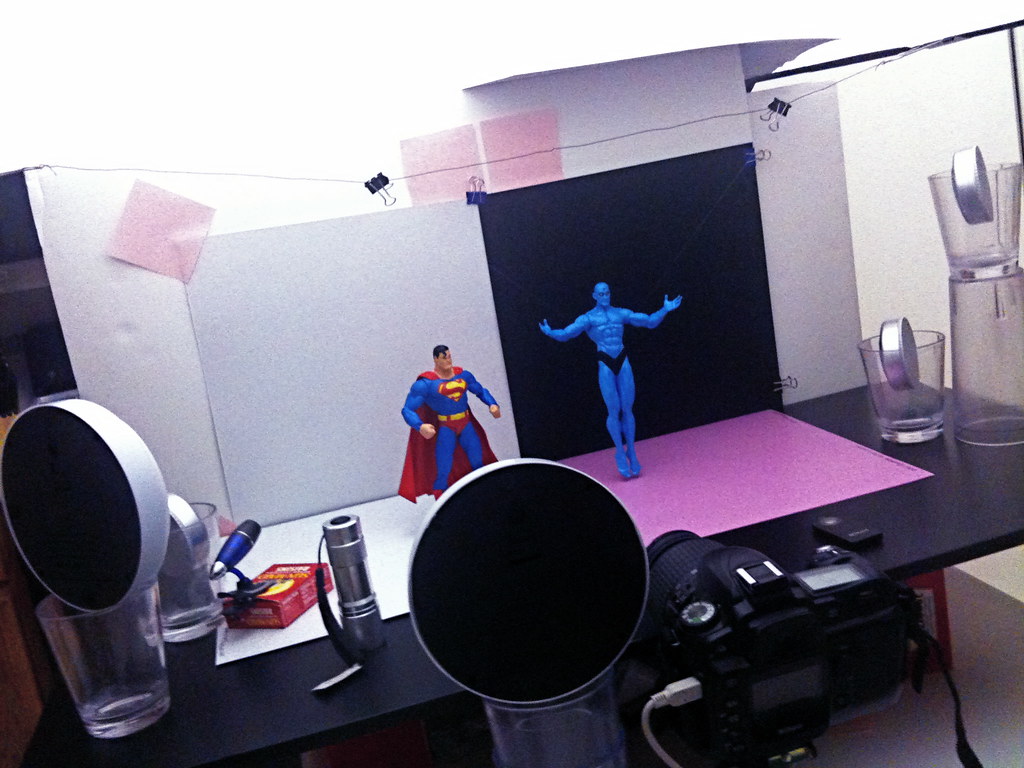 This is the setup photo for Superman vs. Doctor Manhattan.

Two pieces of glittery scrapbooking paper form the backdrop. Superman stands against white while Doctor Manhattan stands against black. Both sheets of paper are attached to foamboard with sticky notes and clips.

Each figure also has a piece of partially glittery scrapbooking paper beneath him: Superman’s is white, and Doctor Manhattan’s is pink.

Both figures are front lit with a push-light. Superman gets some additional lighting from a second push-light and is backlit with a push-LED on a clear plastic cup, a clip LED on a red raisin box, and an LED flashlight. I held the LED flashlight above and to the left of Superman and shined it onto the white backdrop. Doctor Manhattan is backlit with two push-LEDs on clear plastic cups.

Above the entire scene a large circular diffuser softens the ambient light in the room. A piece of dark fabric is positioned above Doctor Manhattan’s backdrop to darken it.

Doctor Manhattan is suspended on invisible thread attached to a wire running from one side of the large circular diffuser to the other. The thread was "erased" using the touchup tool in iPhoto.

Superman vs. Doctor Manhattan Setup by JD Hancock is licensed under a Creative Commons Attribution 3.0 Unported License. Permissions beyond the scope of this license may be available.