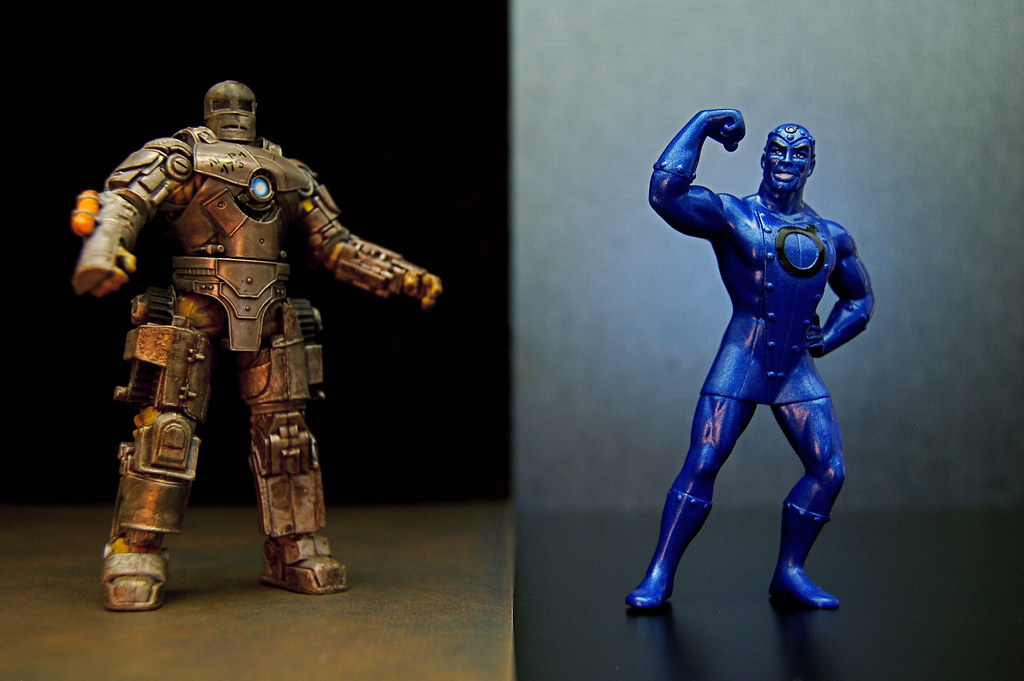 Iron Man: Tony Stark, industrialist playboy and ingenious engineer who built a suit of armor powered by an "arc reactor" to escape capitivity and to save his life.

Iron: Super-strong member of the Metal Men, a team of robot superheroes powered by "responsometers" and created by the genius inventor Dr. Will Magnus.

Iron Man vs. Iron (220/365) by JD Hancock is licensed under a Creative Commons Attribution 3.0 Unported License. Permissions beyond the scope of this license may be available.