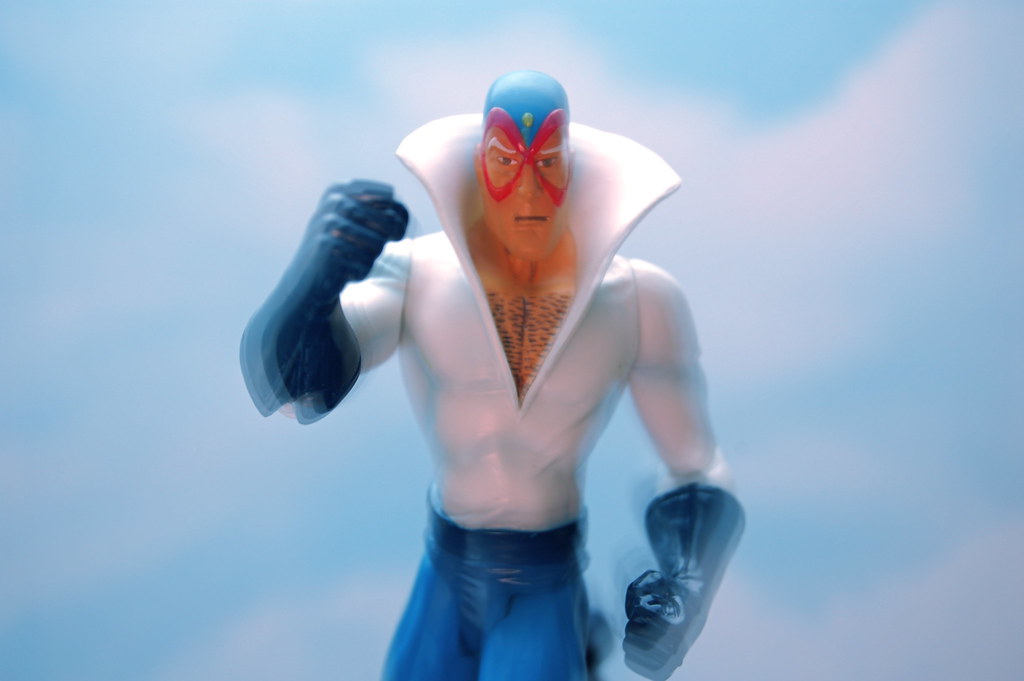 M Is For Max Mercury

Max Crandall was a scout with the U.S. Cavalry in the 1830s when a dying Indian shaman gave him super-speed and limited time-travel capability.

Over the years he has gone by many names including Ahwehota ("He Who Runs Beyond The Wind"), Windrunner, Whip Whirlwind, Quicksilver, and Max Mercury. During the 1940’s he was a mentor to Johnny Quick and the first hero known as The Flash, while more recently he mentored the third and fourth Flashes. He is perhaps more "in tune" with the nature of super-speed than anyone else on the planet.

This six and a half inch action figure was produced by DC Direct in 2000.

The "blur effect" in this photo was achieved by a quick manual zoom in a medium-exposure shot.

M Is For Max Mercury by JD Hancock is licensed under a Creative Commons Attribution 3.0 Unported License. Permissions beyond the scope of this license may be available.